The always-informative Barry Ritholtz has long been of the school that the economy is in worse shape than most prognosticators admit, and the downside risk in the market is correspondingly greater.

Below is his latest take on historical analogies for our current situation, and they aren’t pretty:

To me, the popular 1995 soft landing scenario is hardly parallel for a number of reasons. I beleive the 1972-73 era is a much better parallel in many ways — the massive liquidity injection we’ve seen being the prime difference; the same goes for Doug Kass 1937 comparo. 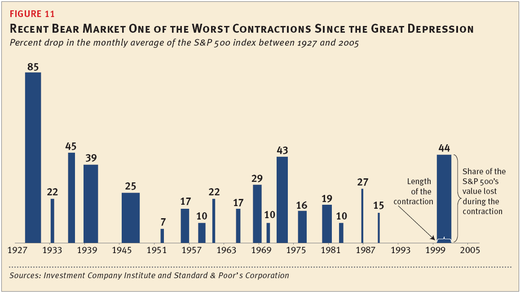 Not that what has happened in the past is determinative — too many variables need to line up just so — but it certainly can be instructive about what might happen.

If you want to read more Ritholtz sentiment, he squares off against the insufferable Dan Luskin at US News’s Capital Commerce.