I have long regarded chartism and technical analysis as tantamount to astrology. At the same time, I do know of at least one trader who has made a fortune trading that way (but he professes he waits for multiple, pronounced signals, and makes fewer than 10 trades a year).

So I take this chart, from Michael Panzner via Barry Ritholtz’s The Big Picture, with a grain of salt. But I will confess that it looks scary. Mike’s comment: 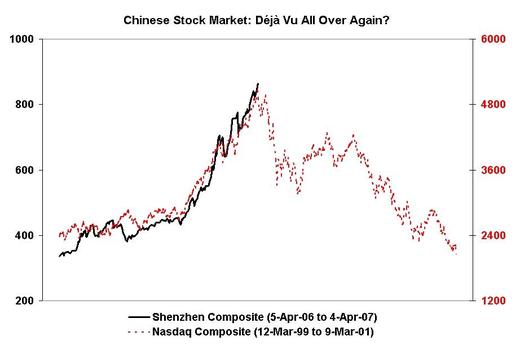 Elsewhere, Rithotlz had a bullish post (notably contrary to his recent measured to pessimistic tone) on the latest data reports which read as very odd to me and turned out to be a sarcastic turn. Phew, I thought I was losing it. I didn’t read the new jobs numbers as strong, merely better than expectations.