The World According to Americans Spencer, Angry Bear

Mortgage Fallout Exposes Holes in New Bank-Risk Rules Wall Street Journal. This piece is noteworthy because it is so clueless. “Gee whiz, we let banks decide how much capital they needed to keep. Who’d ever have guessed that that might not be such a hot idea?”

Antidote du jour: Although moose typically stay away from people, pregnant moose have taken to giving birth near highways since predators are wary of cars.

This moose was apparently even more safety-minded, and gave birth in a front yard in Anchorage: 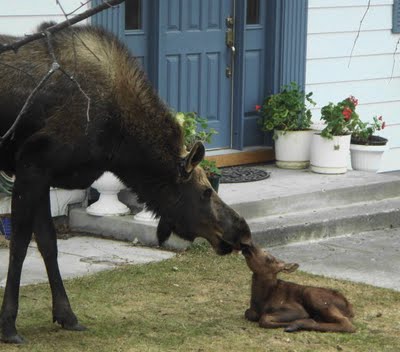