Procter & Gamble to Increase Prices as Much as 16% Bloomberg (hat tip Ed Harrison). I missed this story, but what is interesting is that they are holding off on price increases until September (um, to give consumers time to stockpile?) and they intend to recover 1/3 of their cost via distribution savings. In a time of high shipping costs, that sound like double-speak (they can’t dictate end prices and squeeze retailers….).

Mercedes to cut petroleum out of lineup by 2015 EcoGeek

Welcome to a world with $500 oil Willem Buiter

Shanghai seems to discount the fight against inflation Michael Pettis

3,200 Martial Arts Studios Went Out Of Business In May Michael Shedlock

Antidote du jour. I could have adopted a cat that was described as an Abyssinian colored football. But the cat was in Michigan and I was in New York, so that never came to pass. I now have an idea of what I missed: 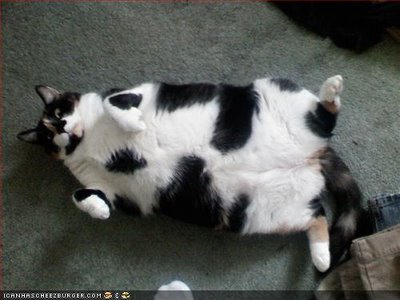