Saving Wild Salmon, in Hopes of Saving the Orca New York Times. Trivia: I was told in Alaska that there are two types of orcas: resident (which stay in the same general area) and transient (which don’t). Only transient orcas hunt whales. Transients also don’t breed with residents. I asked if that were so, why weren’t they considered separate species and never got a good answer.

Questions Emerge over Hope for Homeowners Diana Golobay, Housing Wire. The much ballyhooed housing bill of July is not only producing underwhelming results, but more important, it appears that investors in mortgage securities are rejecting the level of mortgage reduction that the legislation required for a refi.

Facing up to crude realities. A Q&A with Jon Rigby, energy strategist at UBS. His views are pretty mainstream, but well argued.

Antidote du jour. This hippo is eating its birthday cake, so forgive the table manners: 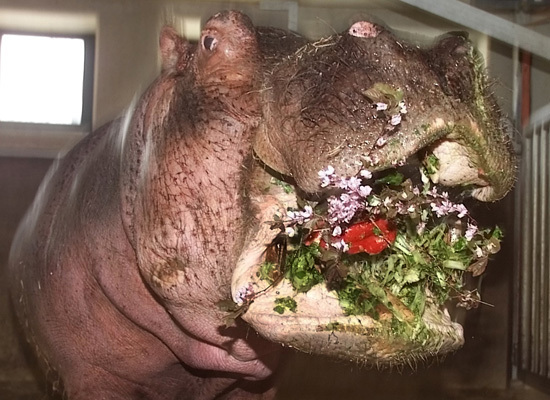