Warren Buffett on the Black-Scholes Formula Alea. Buffet claims that Black Scholes is overstating the cost of long-dated put options, He disagrees with the use of historical volatility and asserts that the formula gives “absurd results” when applied to long-dated option. As I understand it, the value of an option varies with the square of time, so long-dated options are vastly more valuable than short-dated ones. Put it another way: do derivatives-literate readers buy Buffet’s argument?

Guess What Got Lost in the Loan Pool? Gretchen Morgenson New York Times. Most readers are no doubt familiar with the issue, and this piece serves to provide an update.

Doublethink and doubletalk with regard to “nationalizing” or “socializing” the banks and other sectors is a travesty of political and economic discussion from the 17th through mid-20th centuries. Society’s basic grammar of thought, the vocabulary to discuss political and economic topics, is being turned inside-out in an effort to ward off discussion of the policy solutions posed by the classical economists and political philosophers that made Western civilization “Western.”

Antidote du jour (hat tip reader Barbara). “It followed this beagle home —- right through the doggie door —- in the Bittinger, MD. area recently. The owner came home to find the visitor had made himself right at home.” 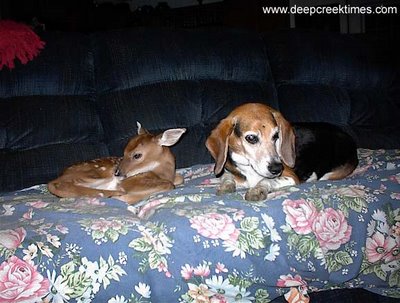 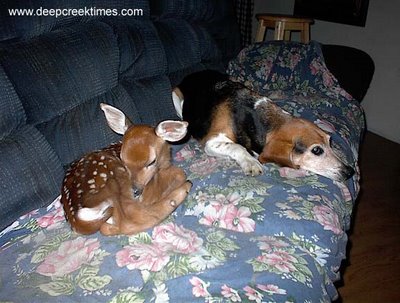