Pentagon plans blimp to spy from new heights Los Angeles Times. I was always fond of blimps, one of my great uncles headed manufacturing at Goodyear a long time ago. Now I will have to rethink blimps. Darn.

Pettis wrote recently that China’s worldwide trade surplus, “the cleanest measure of overcapacity”—factories that are running and workers who are employed only because of foreign customers—is by one measure at least as large as America’s was in 1929. China today, like America then, has a trade surplus equal to about 0.5 percent of global economic output. But as a proportion of its own economic output, China’s trade surplus is much bigger than America’s was. In proportional terms, today’s China is five times as reliant on foreign customers to create domestic jobs as America was in 1929. So unless China can find a way to keep selling when its customers have stopped buying, it will face a proportionately greater employment shock.

Pseudonymous Blogger Prompts Financial Firm To Freak Out Joe Wiesenthal, Clusterstock. Yea! Maybe the convention of referring to bloggers merely as “bloggers” (which is barely one step above “rumor mongerers”) is eroding.

Is It Time to Retrain B-Schools? New York Times. There was a similar brief spell of navel gazing and self-recrimination in the wake of the LBO implosions and S&L crisis in the early 1990s. Harvard Business School did a study and concluded you couldn’t teach ethics, by the time students arrive at HBS, their moral code is baked in. The conclusion was that they needed to select students differently. Events reveal how much they embraced that idea.

Antidote du jour There is a also a nice story with a video from reader Peter which (as of this hour) had broken embed code. 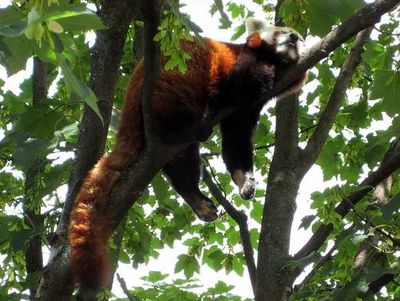