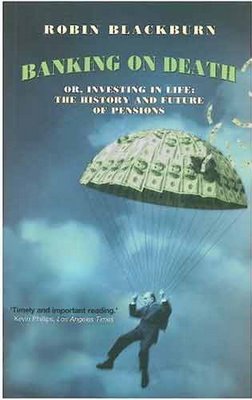 The aggregate deficit of corporate UK pension funds soared past £250bn ($373bn) in March, setting a record for a shortfall due in large part to the drop in gilt yields as the Bank of England’s quantitative easing commenced.

According to the Pension Protection Fund, the insurance scheme for the underfunded pension plans of insolvent employers, the aggregate gap between the value of scheme assets and the value of liabilities it guarantees rose to £253.1bn.

That reflects the aggregate shortfall of schemes in deficit, which is 90 per cent of all plans. Overall, the shortfall is £242bn, but that number has little meaning because the surplus of one scheme cannot be used to cover the deficit on another.

The PPF calculates its 7800 Index – named for the number of schemes it insures – based on average asset mix and interest rates prevailing on long-term conventional and index-linked gilts. In March, rising equities markets increased the value of assets by 2.8 per cent from their levels in February. However, this was too little to cancel out the effect of falling gilt yields as the Bank undertook its purchases of about £25bn in gilts, which it hopes will encourage banks to lend more to the wider economy.

Although yields on some bonds have risen since the end of March, they remain lower than at the start of this year.

The widening gap in the level of pension funding may trigger a larger debate about the merits of investing heavily in equities by pension schemes whose members are mostly at, or near, retirement age. While schemes had vowed to reduce their investments in risk assets in 2003 as yields and stock markets fell, those intentions appear to have been cast aside as equities recorded strong gains. Now those gains are being reversed and the shortfall is greater than in 2003.

Critics of the Bank’s efforts have cited the detrimental effect it is likely to have on calculations of scheme liabilities and raised fears it may force companies to inject more cash into their retirement plans.

However, Mervyn King, Bank of England governor, in recent testimony before the Commons Treasury Select Committee noted that schemes that matched their liabilities with assets that move in line, such as bonds of appropriate duration, are unlikely to be affected by quantitative easing.

The shortfall shown by the PPF is smaller than the aggregate shortfall across all defined benefit schemes generally. That is because the PPF only insures 90 per cent of promised benefits and limits total pay-outs.

Another FT article that caught my attention was YRC plans for a pension shake-up:

YRC Worldwide, the biggest trucking company in the US, is negotiating with its unions to allow it to suspend cash payments to its defined-benefit pension plan and to pledge real estate as collateral instead.

It would be the first major US company to use its real estate to help meet its pension obligations.

The talks are also a strong sign that corporate payments to defined-benefit plans, usually considered sacrosanct, could be reduced or suspended as a result of the economic downturn.

The largest corporate pension plans, which provide employees with a defined benefit on retirement, have lost more than $330bn since January 2008, leaving companies under pressure to make up the shortfall, according to Milliman, a consulting firm.

Companies are struggling to make payments while their profits are plummeting. YRC said it had to pay $34m-$45m a month to its plan, while its freight volumes had fallen by 29 per cent in the latest quarter compared with a year ago.

It said it was finalising talks with the International Brotherhood of Teamsters “to provide certain of the company’s real estate as collateral to its . . . defined benefit plans in lieu of making payments for certain to-be-agreed-upon months”. The Teamsters declined to comment.

More than a third of US companies have cut back or eliminated matching payments to employees’ defined-contribution pension plans since January 2008, according to Spectrem Group, a research firm.

Defined contribution plans, called 401(k)s after the section of the tax act that governs them, require employees to pay into their own plans, with their company typically matching contributions up to a certain level.

Saks, General Motors, clothing company J.Crew, Coca-Cola Bottling, FedEx, Motorola and Sprint Nextel are among the companies that have suspended such contributions in recent months.

Close to a third of companies plan to suspend 401(k) contributions in the next 12 months, said Spectrem.

George Halper, president of Spectrem, said: “This . . . raises questions about the ability of the current generation of working Americans to adequately fund their retirements.”

The trend has in recent weeks spread to the UK, where Aon, the British arm of one of the world’s biggest insurance brokers, became the first large UK company to cut payments to its workers’ defined contribution plan.

I wonder how many other pension funds are looking at selling real estate as collateral to their defined-benefit plan. As for not matching contributions, this is all part of corporate cost-cutting measures, squeezing employees now that they are vulnerable to the economic downturn.

The Pittsburg Tribune reports that there is only one solution to the pension crisis:

The Commonwealth Foundation and the Allegheny Institute for Public Policy, among others, note Pennsylvania’s unwieldy total of more than 3,000 state, city and municipal pension plans — too many of them underfunded — and the “defined-benefit” nature of more than 2,200 plans.

Both types invest similarly. But underfunded defined-benefit plans in the public sector leave taxpayers on the hook. That would end if Senate Bill 566, which would change public-sector pensions to defined-contribution plans and establish a unified statewide retirement system for public employees, becomes law.

The bill is before the Senate Finance Committee, chaired by its principal sponsor, Republican Sen. Patrick M. Browne, who represents parts of Lehigh, Monroe and Northampton counties.

Public employees and their unions are sure to resist even a change that would affect only future participants. But their influence can be countered, and the public won’t keep bearing the financial burden of the public sector’s antiquated defined-benefit plans if enough taxpayers insist on enactment of SB 566.

If they think shutting down DB plans for DC plans is a solution, then I got news for them. This will only ensure poverty for most workers looking to retire in dignity and security. For the most part, DC plans are a case of pot luck. I propose they sit down with the public employees and their unions and try to salvage their DB plans.

Finally, a creepy story out of Serbia where a dead father was kept for pension:

Serbian police have arrested a man who kept his dead father in his home in order to continue collecting his retirement pension, Belgrade newspapers said on Tuesday.

The 70-year-old man died up to 18 months ago, the reports said. The son meanwhile collected pension cheques, filing a missing person report only recently, when bank officials finally demanded to see the old man.

Police in the mining town of Bor, 200km east of Belgrade, became suspicious when it became apparent that nobody had seen the father for more than a year and a half.

When police broke into the two men’s apartment, it found a decomposed corpse on a bed, under an open window which nevertheless failed to vent the stench, reports said.

An autopsy is to reveal whether the old man died of natural causes or was murdered.

Let’s hope we don’t hear of any other stories of keeping corpses around to collect pensions. Of course, the way things are going, when it comes to pensions, more and more people are banking on death.