When It Comes To Charity, Poor Give Too Much, Get Too Little Consumerist

Texting May Be Taking a Toll New York Times

Zombie banks walk among us CNN

British banks revolt against Obama tax plan Telegraph. When I was in Oz, I went to considerable lengths to keep my bank balances below the level required for US reporting. I wasn’t hiding income, I had been told that showing foreign holdings was a sure fire way to get audited. Wonder if that philosophy will extend to the new, more inclusive, regime.

German Business Confidence at All Time Low… “Optimism” Abounds Econompic Data. There is a great expression in Japanese, which sadly doesn’t translate well into English, to describe the obsessive search for differences at a low level of activity or achievement: “A height competition among pecans.” Maybe substituting “peanuts” for “pecans” would make the point.

Antidote du jour, from my brother Roy. A one-pound deer: 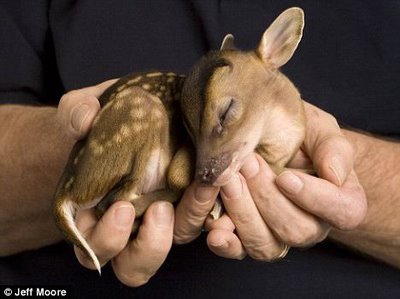 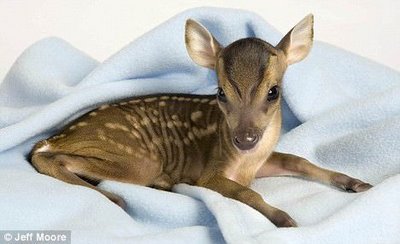 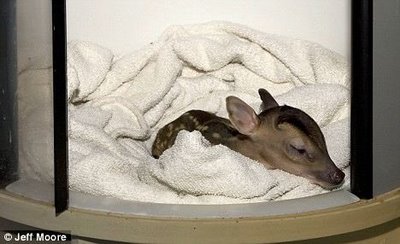 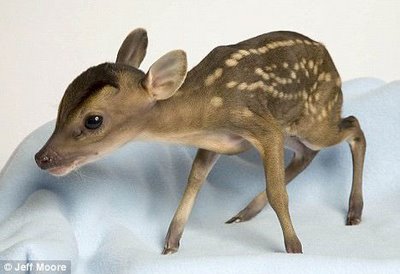 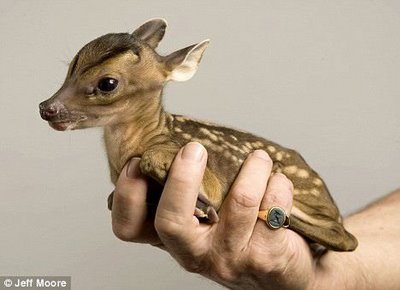