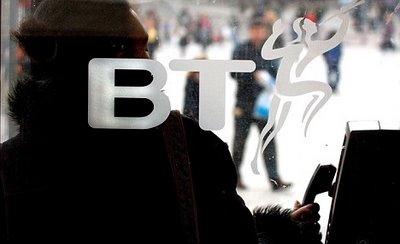 Submitted by Leo Kolivakis, publisher of Pension Pulse.
The Associated Press reports that the funding shortfall faced by the UK’s defined benefit pension schemes broke back through the £200 billion barrier during June:

The deficit of the 7,400 defined benefit schemes, including final salary pensions, widened to £200.1 billion during the month, after dipping below the £200 billion mark for one month in May.

The current shortfall represents a dramatic turnaround from the collective £13 billion surplus the schemes had in June last year, according to pensions safety net the Pension Protection Fund.

At the same time, falling equity markets have slashed the value of the schemes’ assets by 5.5%. A total of 6,461 pension schemes now face a funding shortfall, representing 88% of all defined benefit schemes.

The ongoing funding problems faced by many pension schemes is expected to lead to an increasing trend among companies to close their final salary pensions to existing staff, meaning they can no longer build up further benefits in them.

The majority of companies have already closed these schemes to new members, and
a recent report carried out by PricewaterhouseCoopers showed that 16% of ompanies have also frozen their schemes to existing ones.

A further 42% of employers said they planned to close their final salary schemes to future accruals in the near future, while 32% said they were considering doing so.

Alex Brummer writes this comment in the Daily Mail about a ballooning pensions crisis:

The rush out of defined-benefit pension schemes in recent months has become all too common. Britain’s richest company BP has closed its scheme, regarded as one of the most generous, to new members.

And Barclays, seeking to conserve cash in a hostile climate for banking, has taken all but a handful of top executives out of its final salary scheme. Elsewhere at BT and British Airways the pension-fund deficit has become the elephant in the room.

BT may yet face delicate negotiations with the Pensions Regulator on its future obligations later this year as it completes its triennial actuarial valuation.

It has now narrowed to £200billion. Clearly, the end of the bull market and the sharp decline in equity prices played its part in this. Other factors have been increased mortality and the higher costs of running pension funds, with healthy retirement schemes now required to bail out of those of failed companies.

Except in a few brave companies, final-salary pensions look as dead as a dodo for new employees. What’s worse, in the case of some quoted corporations, they could threaten dividend payouts and returns to investors as companies struggle to come to terms with their liabilities.

Given the deterioration in defined-benefit schemes, it is understandable that employers’ group the CBI is among those campaigning for the government sector to face up to its pension obligations. Most recent estimates suggest a shortfall of £750billion in publicsector schemes. However, that may well be an underestimate.

But with private sector employers struggling under the weight of deficits, this is a problem that is not going to go away. It may have the surprising side-effect of rendering many quoted companies bid proof. But it is a defence that they would rather not have.

So are pension deficits the elephant in the room? As I have stated before, pension deficits will be the major global public policy issue of the next decade. That’s why monetary authorities are desperately trying to reflate the global economy and avoid debt deflation at all costs.
The global pensions crisis will hit many hard working people in both the private and public sector. The latter are not immune to cuts in benefits and increased contribution rates. The only people laughing all the way to the bank are overpaid pension fund managers delivering mediocre results and ex-CEOs like Rick Wagoner.
CNN reports that the former General Motors CEO will receive $8.5 million over the next five years — a reduction of about $12 million in his retirement package. I got a beter idea. Why doesn’t Mr. Wagoner do the honorable thing and give his pension benefits to GM’s underfunded pension fund?
Then again, honor is a rare commodity these days when everyone is looking to cut corners and profit on the backs of an ever restless working class wondering how they will safely retire without losing their dignity.