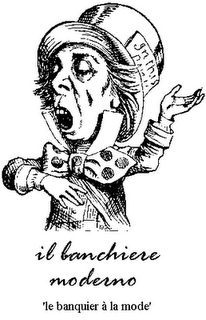 Someone asked why Bernanke seemed so positive about the US recovery, and what he would do if his prediction turned out to be incorrect.

The first answer is rather straightforward. He is ‘jawboning’ or trying to increase confidence in the system to motivate businesses to spend and consumers to buy. The Fed can only set the playing field, but the players have to be confident enough to take the field. We think he is underestimating the neglect that the American consumer has taken over the last twenty years in terms of their overall poor condition (real income), and the disrepair of their equipment (household balance sheets), not to mention the rocks and snares and pitfalls remaining on the field from the gangs of New York and the economic royalists.

But let’s assume Bernanke’s first major gambit does falter. What is he likely to do next?

Beranke’s Fed does have a printing press, and he has been using it as we all know. Here is a chart showing the expansion of the credit side of the Fed’s Balance Sheet. This is from the top line labeled “Reserve Bank Credit” from the weekly H.41 report which is becoming more popularly followed these days. If one adds the Feds gold holdings, currency in circulation, and Special Drawing Rights, we get the Total Factors Supplying Reserve Funds. 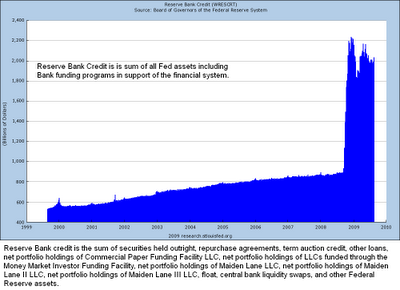 So what would Ben do for “Plan B?” Would he merely add more programs, expand the Fed’s Credit Items even more aggressively?

There was an important function added to the Fed’s bag of tricks during this crisis that has not received sufficient attention perhaps: their ability to pay interest on reserve funds on deposit with the Fed from the Member Banks.

As can be seen from this next chart, this amount is now substantial running close to a trillion dollars. A portion of this would be characterized as ‘excess reserves.’ The Fed should be able to motivate banks to use these reserve by adjusting the riskless interest rates they pay.

This was a much desired tool by the monetarist Fed because it enabled them to expand their Balance Sheet and add a significant amount of credit to the banks system immediately, but to keep ‘a bit of a leash’ on the downstream effects of this liquidity even after it was deployed.

As the Fed’s interest rate remains sufficiently high, the reserves, especially the excess reserves, remain in the banking system, and are not deployed actively as loans and inflationary additions to the financial system. 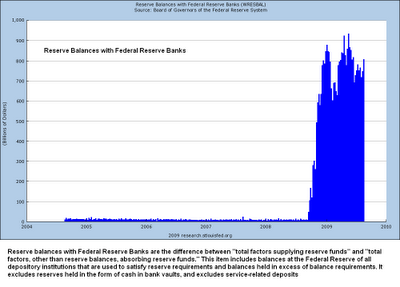 The Fed issues an H3 report, Aggregate Reserves of Depository Institutions and the Monetary Base. In their latest report, they characterize $708.5 Billion of these reserves as ‘Excess Reserves.’

So, what we might expect to see is the Fed, as the banking system stabilizes after perhaps some new programs and credit facilities, begin to slowly unleash these excess reserves by reducing the interest to the Member Banks, which would lower the bar and motivate them to engage in more commercial loan activity.

We think one problem is that the banks have more options than merely keeping their excess capital at the Fed or loaning it out to private companies. 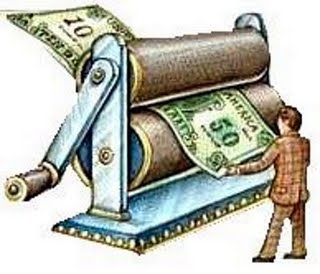 Certainly Goldman Sachs has shown that it can defy all the odds and make millions each day by aggressively playing the equity, bond and credit markets. It is also more likely that banks would be inclined to invest their excess capital through acquisitions of other banks, which might represent a moral hazard in creating fewer, and more “too large to fail” institutions.

Therefore we might see the first serious moves towards financial reform before the Fed begins to really unleash the liquidity which they have created in the banking system.

There is of course also their monetization of Treasury Debt, to support the stimulus programs being run from the fiscal side of the US financial apparatus. That would be included in the expansion of their Balance Sheet, and we would expect that to continue on at the very least indirectly, if not overtly on the Fed’s balance sheet.

An Aside on the Gold Stock of the Fed

By the way, one method the Fed might use to immediately expand its Balance Sheet would be to recognize that their gold stock is significantly undervalued.

In the H.41 Report, the Fed shows a credit of $11 billion dollars in Gold Stock held primarily in New York, Chicago, Atlanta, and San Francisco, with lesser amounts at each of the Regional Banks. This gold is part of the collateral against the Federal Reserve Notes in circulation, and has been valued at an official rate of $42.22 per troy ounce for many years.

1. Gold held “under earmark” at Federal Reserve Banks for foreign and international accounts is not included in the gold stock of the United States; see table 3.13, line 3. Gold stock is valued at $42.22 per fine troy ounce 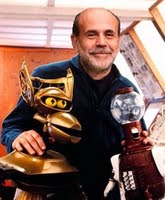 By calculation the Fed has 261,511,132 fine troy ounces on its books. If the Fed revalued their gold stock at a more reasonable market price of let’s say $1000 per ounce, then this would immediately add $261 billion to the Fed’s Balance Sheet IF the gold is really held by the Fed without encumbrances.

One has to wonder why the Fed has never taken the revaluation on its Balance Sheet for gold since the value of $42.22 is so clearly an historic artifact. They perform much more market based calculations for the Special Drawing Rights and their Foreign Exchange holdings. One certainly does not need to sell the gold in order to monetize it, since that has already been accomplished, albeit at a much lower rate.

One can only wonder.