S&P raises fears over health of some banks Financial Times

Pimco’s Gross Increases Government Debt to Most in Five Years Bloomberg. Gross has been talking inflation but betting on deflation.

Obama’s Nice Guy Act Gets Him Nowhere on the World Stage Der Spiegel. Today’s must read.

Antidote du jour, from reader Mark, who said, “I took this picture last October at the Mala Mala game preserve in South Africa. I was about 5 feet away from him/her as I exited my tent.” 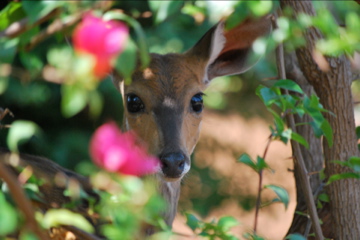