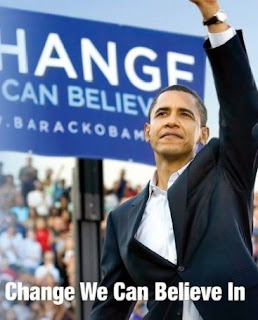 Maybe it’s a mistake. Did Timmy have time to run their return on TurboTax?

Well, at least it will make the results of the TARP program look better on paper if it drives up Citi’s stock price by inflating their financial results. That’s a plus, right?

I guess raising the credit card rates to 26% and free money from Ben was not enough to push Citi over its capital objectives in time for bonus season. We’ll all have to really tighten our belts for this one.

Change you can believe in.

The federal government quietly agreed to forgo billions of dollars in potential tax payments from Citigroup as part of the deal announced this week to wean the company from the massive taxpayer bailout that helped it survive the financial crisis.

The Internal Revenue Service on Friday issued an exception to longstanding tax rules for the benefit of Citigroup and the few other companies partially owned by the government. As a result, Citigroup will be allowed to retain $38 billion in tax breaks that otherwise would decline in value when the government sells its stake to private investors.

While the Obama administration has said taxpayers likely will profit from the sale of the Citigroup shares, accounting experts said the lost tax revenue could easily outstrip those profits.

The IRS, an arm of the Treasury Department, has changed a number of rules during the financial crisis to reduce the tax burden on financial firms. The rule changed Friday also was altered last fall by the Bush administration to encourage mergers, letting Wells Fargo cut billions from its tax bill by buying the ailing bank Wachovia.

“The government is consciously forfeiting future tax revenues. It’s another form of assistance, maybe not as obvious as direct assistance but certainly another form,” said Robert Willens, an expert on tax accounting who runs a firm of the same name. “I’ve been doing taxes for almost 40 years and I’ve never seen anything like this where the IRS and Treasury acted unilaterally on so many fronts.”

Treasury officials said the most recent change was part of a broader decision initially made last year to shelter companies that accepted federal aid under the Troubled Assets Relief Program from the normal consequences of such an investment. Officials also said that the ruling benefited taxpayers because it made shares in Citigroup more valuable and asserted that without the ruling, Citigroup could not have repaid the government at this time. (Thank God. Just in time for prime bonus season – Jesse) 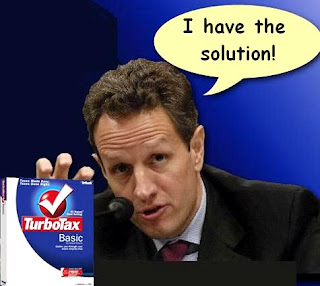 “This guidance is the part of the administration’s orderly exit from TARP,” said Treasury spokeswoman Nayyera Haq. “The guidance prevents the devaluing of common stock Treasury holds in TARP recipients. As a result, Treasury can receive a higher price for this stock, which will benefit the financial system and taxpayers.” (George Orwell would have fun with this one. Let’s give them a lot more money, so that when they give some back it will make our government program look better – Jesse)

Congress, concerned that the Treasury was rewriting tax laws, passed legislation earlier this year reversing the ruling that benefited Wells Fargo and restricting the ability of the IRS to make further changes. A Democratic aide to the Senate Finance Committee, which oversees federal tax policy, said the Obama administration had the legal authority to issue the new exception, but Republican aides to the committee said they were reviewing the issue.

A senior Republican staffer also questioned the government’s rationale. “You’re manipulating tax rules so that the market value of the stock is higher than it would be under current law,” said the aide, speaking on condition of anonymity. “It inflates the returns that they’re showing from TARP and that looks good for them.” (And a nice accomplishment for Timmy’s year end performance review – Jesse)