Apologies for thin posts, but the time change (did you reset your clocks?) and the book chat (see preceding post, we went nearly three hours) cut into my blogging time in a major way.

The greatest film scenes ever shot Guardian. One of my favorites is nowhere to be found: the opening sequence from Yojimbo.

Clinton rebukes Israel over new settlements Financial Times. The story is much more damning than its anodyne headline suggests.

Hearts may swoon when stocks do, study suggests PhysOrg

Private Equity’s Trojan Horse of Debt Gretchen Morgenson, New York Times. In case you wondered why the EU wants to keep US PE firms out. Morgenson is not indignant enough.

This is self-taught. Every once in a while, Jake will scour the house, gathering up all his possessions, then carry them around, showing them off to the rest of the family.

I think of him as our Canine Capitalist. 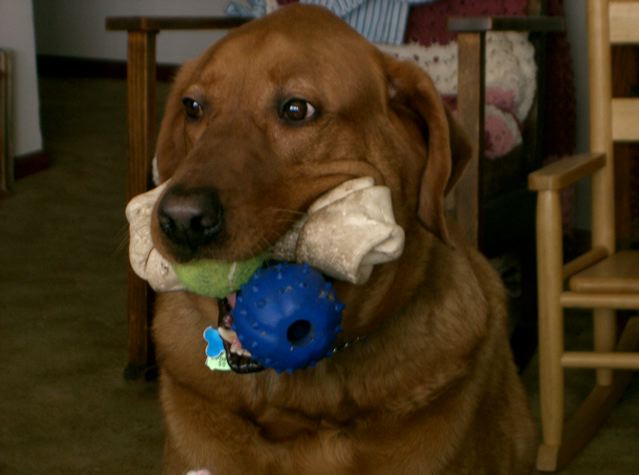