Greetings Naked Capitalists!  I had the good fortune of receiving lots of Antidotes yesterday. So I wanted to thank you all for the e-mails. There was a lot to choose from, so some of you will see your handiwork over the coming days. Thanks again.

Is Galbraith Right that Deficits are Never a Problem? Mark Thoma (I don’t think Galbraith really said deficits are never a problem. But I would say they certainly are an ex-post accounting identity that quantify how real resources have been deployed. In an economic depression, deploying idle resources is the critical policy goal. In the post, James Galbraith writes: "I say that good policies cannot be based on bad forecasts, that we should solve the unemployment problem first." Jobs first!)

America’s sensible stance on recovery Larry Summers (This is clearly propaganda – and not very good propaganda IMO because it should be all about jobs. But, you should read it anyway. It is a counterpoint to the FT Op-Ed from the Austerians in Germany – who I have sided with given the European context.

Why the battle is joined over tightening Martin Wolf

Shared Write-ups on BP’s Macondo Deepwater Horizon Well Energy Training Resources (Jerry sent this to me as a highly recommended source of reliable information on the basics of geology and the mechanics of drilling and oil and gas exploration for those seeking more on the Deepwater Horizon disaster.)

Spain’s cajas face no stress test shocks: association | Reuters (The European stress tests will be the same mock exercise in confidence building that the American ones were. Clearly no one is going to fail if the Cajas are going to pass the ‘stress’ tests. But to be credible there must be relative winners and losers. If asset prices underpinning bank balance sheets do not fall, the stress tests can buy time, if those prices fall, you have a problem. The same is true in the US, by the way.)

Google to Discontinue Nexus One Read Write Web (I own one of these. It got wet yesterday and stopped working. So I put it in a bowl of rice overnight as recommended on sites like Lifehacker – and presto this morning it is as good as new)

The Pundit Delusion Paul Krugman (I forgot to mention that this is an “I told you so” which I agree with because I said the same thing at the time. So there you go.)

Bundesbank Says Deficit Countries Are Source of Danger for Monetary Union Bloomberg (This is nonsense, of course. Read Spain is the perfect example of a country that never should have joined the euro zone. Tell me how the Spanish could have lessened their current account deficit when interest rates were held low for slow-growth Germany?) 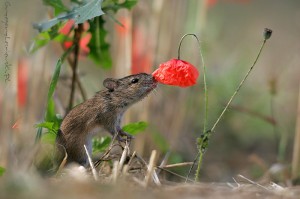