This is my last links post at Naked Capitalism. I want to thank you all for being patient and open-minded over the past two weeks. It is always a pleasure to read your comments as they are an integral part of the experience on Yves’ site. I also appreciate the links and Antidotes you have sent.

A big thanks has to go to Richard for running things in Yves’ absence. I enjoyed his posts as well as the "blast from the past" posts we all had a chance to read.  The last one he posted on Belgium is certainly interesting. Here’s a country who’s government is a user of currency with a relatively high budget deficit and a 100% debt-to-GDP ratio. It also has a weak government and ethnic tensions. No one really seems to be watching this picture. I think it bears watching. Here’s my take from a few months ago.

Topic of the Day: Pace of Recovery

The recovery seems slowest in Greece and the bubble countries (US, UK, Ireland, Spain). It’s pretty poor in Eastern Europe too. It is better in the rest of Western Europe. A good deal better in Australia and Canada (not sure about NZ). China, India and Brazil are even tightening. Other countries too. If you are thinking double dip, where are the vulnerabilities globally? I see housing, commercial real estate and state and local governments in the US. Housing and banking in the UK, Spain and Ireland and austerity in the UK. And there are always trade tensions.

Baltic Dry Index Up 11% In A Matter Of Days, But Nobody Cares Anymore Joe Weisenthal

Foreclosures Rise in Three-Fourths of U.S. Cities in 2010 Housing Wire

RAB Capital’s Marshall Auerback on the CBO’s Report New Economic Perspectives. (I posted this one on CW’s Facebook page saying "Marshall Auerback gives the MMT approach to the fiscal situation. Britain is a good historical reference. Note, in watching this, that the UK’s deficits were inflated away over time via currency depreciation and higher inflation.")

No More Apologies — It’s Time to Stand Up for Our Convictions Howard Dean, HuffPo

The King Vulture, Sarcoramphus papa, is a large bird found in Central and South America… King Vultures were popular figures in the Mayan codices as well as in local folklore and medicine. Though currently listed as Least Concern by the IUCN, they are decreasing in number, due primarily to habitat loss. 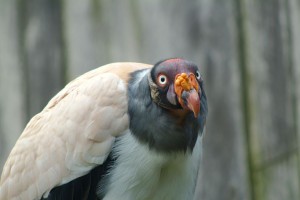