Some Fedwatchers were proven incorrect when the Fed inched towards a renewal of QE today by stepping up to buy Treasuries to offset shrinkage of its balance sheet due to principal runoff on the MBS it bought last year. The staff apparently favors renewed QE, due to the signs of faltering economic activity; the Board, by contrast, is more hawkish, and also concerned re the efficacy of resumption of QE (both due to the limited impact it has had, plus possible unwelcome side effects. For instance, if the dollar were to decay significantly as a result, which would in theory have a positive effects on our trade balance, the immediate impact of higher oil prices could more than offset any benefit).

The problem, of course, is that with the Fed having failed to clean up bank balance sheets, all these efforts to throw money at the economy look an awful lot like pushing on a string.

As you know, all attention was focused on the 2:15pm Fed decision today. As expected, the rates were held, but there was some finesse in the language that discussed the addition of purchases of long-dated treasuries with principal payments from mortgage-backed securities. This will have the benefit of keeping longer rates (those often which mortgage rates are based on) low for some time. Markets were confused as the general tone of the report was dour, but cheered that the next phase of the Fed’s quantitative easing was about to begin. 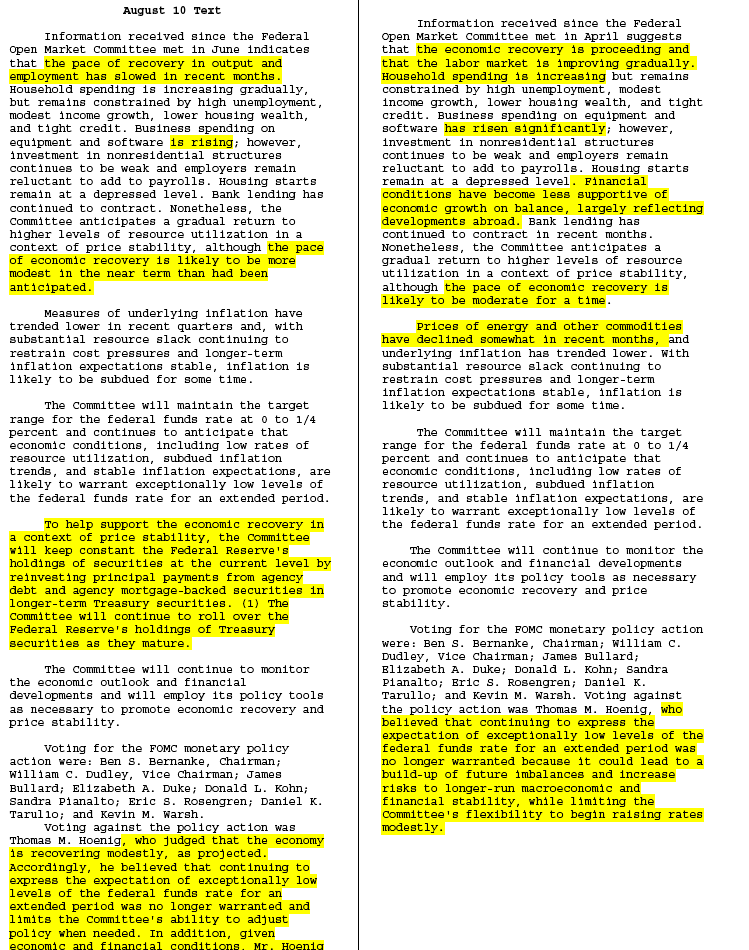