Sauna endurance finalist collapses and dies in 110C Telegraph. Whoever came up with this terrible idea is culpable. This was bound to happen at some point.

Ill Fares the LandNew York Review of Books and The Prospect interview: Tony Judt Suggested as a commemoration by Kendall. 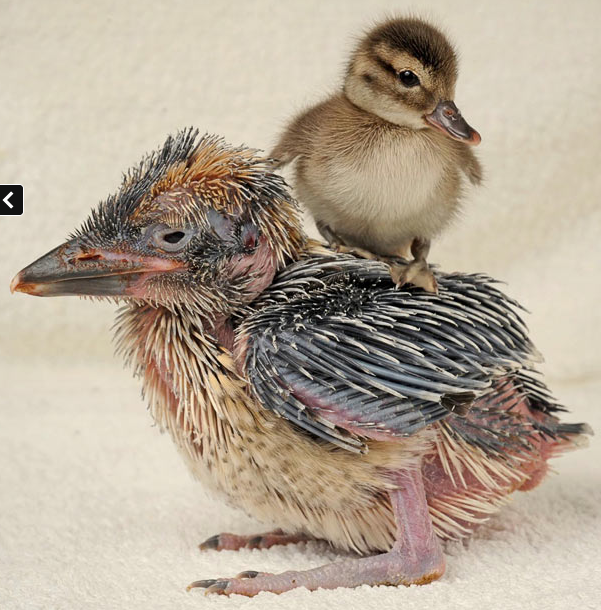 This baby six-week old kookaburra called Kookie and a tiny duckling have struck up a friendship at the Seaview Wildlife Encounter, near Ryde in the Isle of Wight. Kookie was saved by staff after they feared his parents would kill him. And the duckling was rescued from one of the park’s aviaries because he was thought too small to defend himself against larger birds. Keepers took a chance and decided to see what would happen if they were put together. The duckling instantly cuddled up under Kookie’s protective wing, thinking he was his mum and Kookie didn’t seem to mind playing the caring parent