As we indicated, this is the second post in a series on Banker Derangement Syndrome, in which people who might once have been sensible are acting as mindless mouthpieces of particularly rancid banking industry propaganda. We suspect it has to do with being too long in close proximity of zombie banks; they probably need to suck grey matter out of the living to keep functioning.

William Cohan wrote a particularly wretched piece for Bloomberg on why Elizabeth Warren should do everyone a favor and put herself on the next train out of DC. There is a decent case to be made against having Warren head the CFPB, but that’s not what Cohan provided. He instead made a weak argument (if you can even call it that) and got screechy to cover for it. Felix Salmon already kneecapped it on substantive grounds. Cohan perversely says that Warren would not be approved and then ‘fesses up that those nasty Republicans won’t permit anyone to head the CFPB. 44 Republican Senators wrote a letter saying they won’t approve of any nominee from either party unless the CFPB is gutted reformed.

So as much as Cohan huffed and puffed about Warren, this isn’t about Warren at all, it’s about the CFPB and the elephant in the room, how this country is to be run. The Republicans have turned the page back to the Richard Nixon playbook, in which he has Kissinger promoted the view that the president was unstable and therefore needed to be treated with kid gloves. Now of course, the kabuki goes several layers deeper here. Obama has been quite willing to fight for what he wants (he whipped aggressively for the TARP and lobbied personally to assure a rocky-looking Bernanke reappointment went through) but it suits him to uses those wacky Republicans as protective cover for doing what he wants to do anyhow, which is move further to the right so as to ease his 2012 fundraising. And among still-in-denial Democratics, the weird belief is that Obama lacks the will to be tough tactically and do roll calls to break a Republican pro-forma Senate session which is intended to block a recess appointment of Warren, when he never had any intention of giving her the job.

Folks, the only way Warren could have gotten the nod from Team Obama is if she acceded to the banking industry view of what the CFPB should do, which is a smidge of cosmetic change to placate unhappy consumers and nothing more. In fact, some readers have argued that even taking the interim role dignified the effort more than she should have.

Back to the Cohen piece. Reader Barbara W pointed out that the comments at Bloomberg on the piece are in unanimity against it (well, one of 34 could be classified as neutral) and what is striking is the degree to which they play back her own language: cop on the beat, sheriff, standing up for consumers. And no wonder, she’s loved by the media (well, ex Cohan) and by ordinary Americans (a petition to have her named as CFPB head was initially targeted to get 175,000 signatures and looks like it will receive 250,000 by its deadline).

But Cohan’s piece elicited such strong pushback not simply due to Warren’s popularity but also in response to his smug tone. And he can’t even fathom the state of play:

Surely Professor Warren is clever enough to see the proverbial writing on the wall. The inconvenient truth facing Elizabeth Warren, the controversial Harvard Law School professor President Obama would like to run the newly created Consumer Financial Protection Bureau, is that she has made herself so bloody disagreeable on Capitol Hill that she has obliterated her chance of winning the Senate votes she needs to be confirmed.

How many wrong things can you say in one paragraph? First Cohan snarks that Warren must be stupid and is hanging on hoping for an appointment. He’s missing the fact that she managed to score at least two wins out of what Team Obama assumed would be a losing hand. They figured they’d mothball her by making her an advisor and keeping her out of the limelight.

But Warren has taken as much ground as she possibly could in the pre-start phase of the CFPB by creating processes for how to handle initiatives, hiring key staff (which does a lot to imprint a bureaucracy) and launching some research projects. True, an successor could undo that, but it would take time and might not fully undo her effort to shape its culture and style.

Second, as we have pointed out the inability of certain Congressmen to contain how offended they are that Warren’s name is in any way associated with the nascent CFPB means they have undermined one of the Adminstration’s objectives in signing Warren up: to keep her as far away from the media as possible. You couldn’t get better PR than having angry and poorly briefed Congresscritters tear into her last week. Yes, as Cohan points out, they are mighty angry with her, but not because she is “bloody disagreeable” (well, unless you are a sexist, and Cohan’s ire suggests he might be a member of that club) but because she’s run circles around them at their own game. Using someone’s incompetence against them is never a pretty sight, but if they were out to gore you anyhow, pray tell what do you have to lose?

As we’ve said, we think Warren gets appointed only in an alternative reality in which Joe Stiglitz was on Obama’s economics team and all that fighting over health care last year produced real reform rather than an even bigger license to steal for big pharma and medical insurers. But if we are in alternative reality mode, we have to imagine Obama as willing to be aggressive tactically as opposed to using procedure as an excuse for promising much, delivering little, and relying on PR to mask the difference.

In one last effort at partisanship, before being forced to resort to a recess appointment, I’d like to see the President submit to the Senate the sort of CFPB head the Republican Senators might be willing to approve: 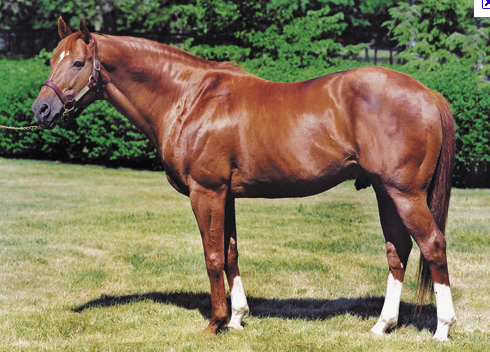