Since the recession in 1990-91, the recovery of employment in the US has had a U-shape that is nothing like the previous post-World War II employment recoveries. This one will be the worst. 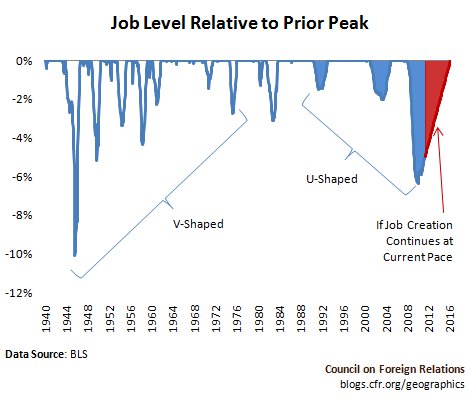 Source: The Changing Shape of Unemployment