Assuming current fiscal policies remain in force, our economic model suggests that interest rates will rise considerably over the next decade, with the yield on the 10-year Treasury note reaching nearly 9% by 2021.

– In addition, yields could rise if there is growing risk associated with current fiscal policy. If such risk is systemic, it raises yields generally. If it reflects a growing probability of sovereign default, it raises Treasury yields relative to private yields.

– Rising rates would be a precursor to something worse: a full-fledged fiscal crisis with further sharp increases in yields, declines in stock prices, and a plummeting dollar.

My take: this is bogus. really bogus.

At a time when the US government is getting free money, borrowing on the short end for zero percent and interest rates are 3%, not 9%, why would anyone believe this stuff? Riddle me this: why aren’t Japanese JGBs yielding 9% instead of 2% all the way out to 30 years when they have debt to GDP of 200%? 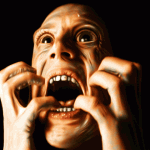 Yields don’t rise if there is growing risk associated with current fiscal policy. This is just made up. The Federal Reserve controls short-term interest rates through open market operations The yield curve as represented by the term structure of interest rates reflects mainstream market place expectations of future short-term interest rates. We will need to see some serious inflation to get the Fed to start hiking rates enough to justify a 9% yield. More likely, the Fed will remain on easy street for “an extended period”.

If the Fed is destined to keep rates below three percent for the next ten years, why would you sell a 3% bond at a yield of 9%. That’s a price that is a massive loss when all you need to do is hold to maturity. It makes no sense at all. That’s why JGBs yield 2% out to 30 years despite a debt to GDP twice that of the US.

But, of course, people worry that the federal government won’t be able to sell its bonds. The Fed just showed us with quantitative easing that they can and will be the buyer of last choice. So unless the Fed is about to allow interest rates to spike and kill the economy, I don’t see how you get to 9%.

Fear mongers want you to be scared to death that interest rates will skyrocket. As I have said many times in the past, long Treasury rates reflect inflation and interest rate expectations. Full stop. The default risk isn’t there since government creates the currency in which the debt is denominated.

It’s only when government acts like it would default for political reasons that you might get a default premium, creating a non-existent problem for ideological purposes. And even then that doesn’t get you to 9%. Ignore the fear mongering and stick to cogent, objective analysis and you’ll be fine.

As for the economy, the scare tactics of bond market vigilantes seem to be working.