Sorry for the thin links, am way behind.

The Ministry of Fear reports on the weather CorrenteWire on the hurricane media fest. The real disaster seems to be public transport, in fact.

…or floods, but not in NYC Business Insider.

Complexity is a Cash Cow, but not for you Expected Loss. I don’t think ‘buyer beware’ quite deals with the problem.

The Jackson Hole Papers FT Alphaville with some Hole-related reading matter for you.

Even a joint bond might not save the euro FT, Munchau. Paywalled, but worth using up one of your free views on if you’ve got any left.

Effects of corruption on the market Crisp points from that sight for sore eyes, Barry Ritholtz.

The Democratic Deficit in Europe and the Periphery Macroresilience with another angle on the Eurozone’s problems (non-European readers are invited to read across to their local conditions if they think it’s appropriate).

An opportunity for an Antiantidote: let’s hear it for carnivorous plants! More back story here. 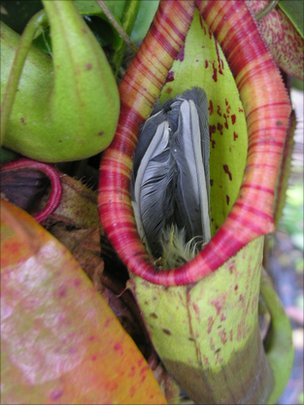