Obama extends support for protesters Financial Times. A saying I learned in Caracas: “A politician is someone who gets in front of a mob and tries to call it a parade.”

Occupy Pensacola: Alleged “Conservatives” Better Wake Up Karl Denninger. I don’t know what and where the hysteria about the “progressive stack” started. It’s a formal mechanism for making sure minority views (and that does not necessarily mean “minority” from the demographic standpoint) are aired.

Call for inquiry into Occupy Wall Street police officer Guardian. Why is this story not in the New York Times?

NYPD using strobing flashlights to interfere with cellphone cams? Lambert Strether. I’m waiting for someone to use the trick from Cryptonomicon (and no, I’m not telling you). 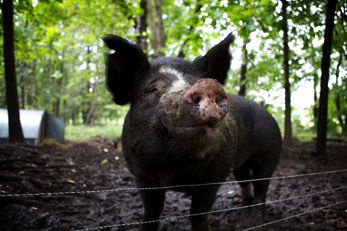