Dave Dayen pointed out how peculiar that the mortgage settlement propaganda website, www.nationalmortgagesettlement.com, is a .com and not a .gov. And it turns out the Department of Justice disavows its content (hat tip April Charney): 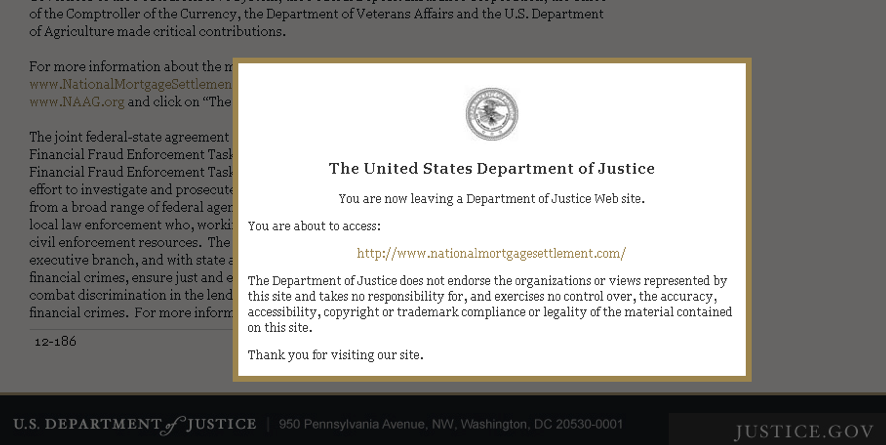