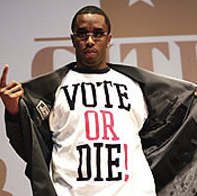 The Irish Taoiseach Enda Kenny has announced that a referendum will be called so that the Irish people can vote on the new and oh-so-suicidal fiscal compact. If it is voted for Ireland will be subject to years of harsh austerity. Nothing new there. But, perhaps worst of all, if the vote goes through this austerity will crush the Irish economy into ruin wearing the mask of democratic consent.

The opposition thought that they could have a few swipes at the government by questioning the democratic legitimacy of their decisions. But apparently the government have called their bluff and agreed to hold a referendum.

The previous government did something similar with the Lisbon Treaty. The Irish people had originally voted it down much to the annoyance of the Eurocrats, so the Irish government repackaged it and made people vote again. They then launched a massive campaign scaring people into thinking that if they didn’t vote ‘Yes’ to the treaty they would see mass unemployment in the country. The campaign was called ‘Yes to Lisbon, Yes to Jobs’. 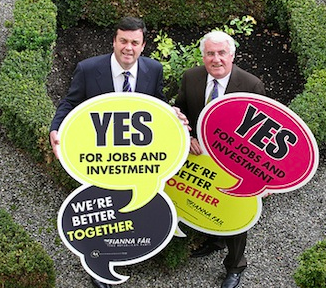 In Ireland at the time people joked around that we had voted ‘wrong’ last time and that we must now vote ‘right’ this time. Many people who had voted ‘No’ to the original treaty either did what they were told because they believed the government’s blatant lies about the link between the Lisbon Treaty and Irish employment or they simply stayed at home on voting day. Most people I know who voted ‘No’ the first time around were too cynical to vote a second time, resenting the fact that they were being treated like children by their government.

The PR campaign that was launched during the Lisbon campaign was carried by most major media outlets, most businesses and most political parties. Put simply, almost the entire Irish elite got behind it. The voices pointing out the hypocrisy of having the Irish people vote twice on the same issue were drowned out in a flood of misleading soundbites and ideological op-eds that poured forth from almost every outlet.

With the coming referendum on the fiscal compact the government and the media will ramp up the rhetoric to an even higher pitch. We already see business groups and major political parties coming out in support of the fiscal compact.

What’s more, the government won’t have to lie this time around. They will be able to quite honestly say that if the Irish people don’t vote the compact through our funding will be cut off. This will be far more effective than he nonsense they tried last time linking Irish employment to the Lisbon Treaty – and remember, even that worked when it was shoved down peoples’ throats at the time.

Put simply: this isn’t a real vote because no one in their right mind would vote for their own suicide. If the Irish people do dare to vote against the fiscal compact they will be told to vote again and battered with ever more serious threats (no doubt backed by European leaders who will come up with all sorts of awful things they will do to us if we don’t accept the terms). The democratic legitimacy gained by the vote will then be used in the coming years to justify the slow and painful death that our economy will be subject to.

After this referendum the Irish people will be seen to have made a real decision and will be said to have no reason to complain. This reminds me of an old point of logic.

A mugger approaches a man in a dark alley points a gun at him and says “Your money or your life”. Of course, the mugger is being dishonest because if the man refuses to fork over the cash the mugger will shoot him and take the money anyway. So, he really has no choice – if he doesn’t give over the money he will lose both his money AND his life.

Ireland will soon be put in a similar position. We will be given the false choice to either vote for immediate economic destruction or gradual economic destruction. No prizes for guessing what we’ll choose. And afterwards commentators and politicians will insist that we have no right to complain; after all, we handed over the money voluntarily… right?