By Tim Cooley, a marketer for Coxcabledeals.com. Please see his articles following him on Twitter at @TimLCooley

To raise public awareness of legislation that might threaten the openness of the internet, Wikipedia and several other sites recently made themselves unavailable for 24 hours. Of course, some people quickly found a way around the block, and everyone else just waited until the sites returned.

But what if the internet suffered a real blow? How would things change if Google and Bing went down for 24 hours, and there wasn’t a way around the block?

If your first thought is to do your online searches through Yahoo!, you will run into another roadblock. Since 2010, Yahoo! searches are powered by Bing. Can you name any other search engine sites off the top of your head? You’re in trouble if you can’t – remember, there’s no way to search for them.

This exposes one of the most problematic fallouts. Most of us stopped learning web-addresses or bookmarking them several years ago. Why build a catalog for where to find things when you can search for them just as quickly? The next time you’re working online, notice just how often you type into your browser’s search bar. You’ll be surprised to learn how common and automatic it has become. 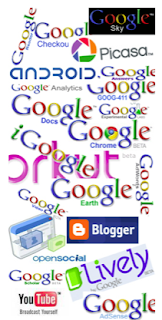 But losing search sites is only the tip of the iceberg. Google and Bing also provide extensive services in other areas, one of the most obvious being email—Gmail alone has 350 million users. Blacking out Gmail would certainly affect all these people, but it would also affect everyone trying to reach them. Multiplied outwards, email communication would quickly grind to a halt.

Another issue would come in when you try to access maps online or on your phone. The apps that run these maps on the iPhone or Android are done through Google Maps.

Most of the searches and YouTube videos embedded into websites would also quit working. You probably wouldn’t be disappointed when advertisements stopped working, but the economic fallout would be huge, because most websites rely on Google AdWords for their income. Even though few people realize it, huge numbers of websites depend on tools from Google and Bing to power their websites behind the scenes. Shut down the services of Bing and Google, and the problems would spread like a virus, affecting most of the internet.

So what would happen if Google and Bing shut down for 24 hours? Most likely, you would try to get a few things done and give up when everything took longer or didn’t work at all. At some point, you would shut your browser and try to find something else interesting to do.

So if we could weather the economic problems it would bring not to mention the frustration, maybe the blackout wouldn’t be such a bad thing after all. It might help us all take a needed reprieve and consider a few things that are more important—at least for 24 hours. If Google and Bing decided to take the day off I would rejoice and take a day of vacation!