By Sell on News, a global macro equities analyst. Cross-posted from Macrobusiness. 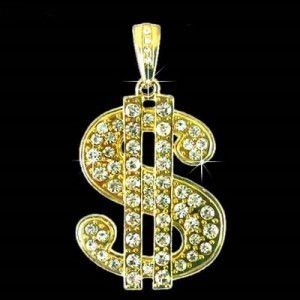 In the movie Margin Call, which is broadly about the financial crisis and the insidiousness of the financial sector, one of the characters laments about how he used to be an engineer who did useful things like build bridges (he calculates that one he built saved people thousands of years of travel time). But of course the money was better in finance. An angst about people who do useful things and financial people who just feed off everyone else, runs through the whole film. It is a neat reflection of a serious problem at the heart of the post-industrial, globalised system we are creating, which is causing serious imbalances between capital and labour and weakening middle classes in the developed world.

A recent article in The Economist noted that past four years have been bad for workers and savers but good for the corporate sector. Profit margins in America are higher than at any time in the past 65 years, which it said partly explains why the equity market has rebounded so strongly despite a lacklustre economy. The question is why aren’t cashed up corporations investing, especially in putting on workers?

The answer, or at least one answer, is that an implicit compact between capital and labour has been broken in developed economies; a compact that said we have to pay our workers a decent wage so that they buy our stuff. The globalisation of labour means that firms can choose not to pay middle class wages at least for some parts of their operations — so of course that is what they choose to do.

But the systemic cost is that demand in developed economies weakens and the incomes of those in developing economies are not high enough to take up the slack. Witness the attempts to make Chinese consumers consume more. It hasn’t worked, partly because they need to save for health and education, but also because they simply do not have the discretionary income to afford it. This is the hidden cost of the race to the bottom on wages. The Economist article describes a somewhat dangerous balance of capital and labour (cheap wages are the reason margins have risen):

Margins have been boosted by firms’ tight control of labour costs and by a reduction in interest expenses caused by the policies of central banks throughout the rich world. Whether such margins can be sustained is important for equities. Most stockmarket bulls build their case on the trailing price-earnings ratio for the S&P 500, which stands at 16. But there is a warning sign in the cyclically-adjusted p/e (which averages profits over ten years). At 22, this ratio is well above the historic mean, making the market look a lot less attractive.

The impression created by this language is false. Money is a social artifice, the outcome of what people (bankers, financiers) do. What is important about labour is what it leads to. What people (managers, workers) do. Their industrial output. Thus both capital and labour are, in the end, acts.

What has happened with the financialisation of developed economies is to say that one type of act: the creation of financial transactions, is intrinsically superior and worth more than other types of acts, the various forms of industrial output. Such as building bridges, for instance. Now why is one type of act seen as so much more worthwhile and valuable? As the billionaire in Margin Call, played by a rather sinister Jeremy Irons, says: “We are just salesmen.” It is true, that is what most financial players are. Usually they are selling the notion that they have some sort of superior insight when of course they cannot. They just are selling the appearance that they understand a system that in truth no-one understands, not least because the system is itself made up of the various opinions people have about it. It is a disappearing point. Financial gurus tend to be charlatans when they claim to have anything more than common sense.

So what does this imbalance between capital and labour say about us? One conclusion is that we have let the rules we have created rule us. The machinery we have created now runs us.

Finance is just rules. We have let those who exploit those rules become the rulers, partly because governments have decided to stop governing in the financial arena. It leaves us with this question. Why do people who play with numbers on a screen in an endless game of manipulation get so much greater rewards than people who do useful things like build bridges, or teach or care for the sick? It is a value system that reveals a dispiriting passivity, especially when it is obvious that if you give up your destiny to the logic of a system that you have created, you risk something worse than what happened in the GFC.

NOTE Lambert here. Sell on New’s “finance is just rules,” reminds me of David Graeber’s “debt is just a promise.”