Apologies for being thin on my own posts over the last few days. I’ve been dealing with a firefight plus doing some research that will hopefully pay off later.

In Southern Italy, Fake Euros That Even the Police Admire New York Times

GE Says China Is ‘Hard,’ Aims at Resource Hubs Wall Street Journal. Huh? Getting into Australia when the Aussie is super high at the end of a long commodities boom looks not at all well timed. Plus the Chinese got there first.

The Administration Is Scared of Its Own Regulatory Shadow Nation

Save the Post Office: Make up for the drop in physical volume with digital services riverdaughter (Lambert)

Krugman Says Fed ‘Reckless’ to Allow High Jobless Rate Bloomberg. Krugman is right about the Fed being unduly hawkish, but he keeps falling for the “if all you have is a hammer, every problem looks like a nail” fallacy. The Fed can’t do much to help (we need fiscal stimulus and debt restructuring).

White powder packages sent to Wells Fargo NYC branches Reuters (Aquifer). Tweets I saw were very skeptical that this was the work of protestors.

“#$#! I Just Got Tear Gassed!” And Other MoJo Tales From Occupy May Day Mother Jones

A Snapshot of Your Security-Industrial Complex zunguzungu

This country’s going so far to the right you’re not even going to recognize it. –Attorney General John Mitchell, 1970

Robama’s surprise jaunt to Bagram AFB** so, like, totally not “craven politics”, concludes with speech “7:30 New York time and Middle of the Freaking Night Afghanistan time”. The complex, protracted, Rube Goldberg-esque, ObamaCare-like timeline in the agreement with Afghanistan (to be signed at the Chicago NATO summit) does not specify budget, final troop count, or status of forces. The lawyerly “[b]ut we will not build permanent bases in this country, nor will we be patrolling its cities and mountains” (full text as prepared) when parsed, does not rule out already built bases, new bases built by others, or war from the air with drones (despite post-con call assertion from The Obama 527 Formerly Known As Daily Kos). “Strategic partnership”*** replaces “mission accomplished,” but mission the rhetorical and ideological frame remains. Greenwald tweets: “Combat for at least 2 more yrs plus decade-long commitment ====> Obama ended the war!” Froomkin: “As President Barack Obama was flying into Afghanistan on Air Force One for a few hours of speeches and ceremonies on Tuesday, Sgt. Nicholas Dickhut was flying back in a box.” After wheels-up for the homeland, car bomb shakes Kabul. Don’t let the gate hit you on your way out of the graveyard.

Delusional self-sucking grifter Newt Gingrich runs out the string for one more day. Robama, of Obomney: “Just what you’d expect from a guy with a Swiss Bank Account”. (Post-con call message reinforcement from Kos.) Obomney: Nada; Rove’s gone non-feral. Ron Paul in Alaska and in New England (a “powerhouse”). Americans Elect cancels May 8 primary. Without so much as a press release. And The Lady of Negotiable Affection from Cartagena may get a photo spread.

* 129 days ’til the Democratic National Convention ends with coronation festivities in Bank of America Stadium, Charlotte, NC. 129 is a happy number. Are you happy? Cross-posted to Corrente.

** The Bagram torture site is outside Bagram AFB proper, hence not the backdrop for Robama’s speech.

*** The actual document title: “ENDURING STRATEGIC PARTNERSHIP AGREEMENT.” If it were, they wouldn’t need to say it was. 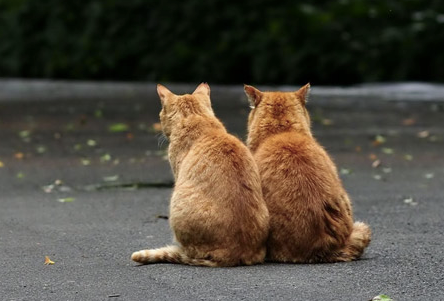