Wall Street Should Stop Trying to Gut Financial Reform, by Rep. Maxine Waters in The Hill.  Also, zombies should stop eating brains.  And scorpions should stop stinging frogs.  And drug addicts should just say no.  And yada yada.

Europe is driving full-tilt, foot on the pedal, into a brick wall, by conservative London Mayor Boris Johnson

Not so organic – USDA accused of conspiracy with agribusiness insiders RT

The Obama Administration and Chutzpah Info/Law… shocker that Obama lied about his transparency agenda.

A Different Take on Facebook, PIMCO CEO Mohamed El Erian… Hey are you bored running a trillion plus dollar bond fund or something?

Chaos is defined not so much by its disorder as by the infinite speed with which every form taking shape in it vanishes. – Gilles DeLeuze and Felix Guattari, What Is Philosophy?

NATO summit. Obama: “And the Chicago police — Chicago’s finest did a great job under, you know, some significant pressure and a lot of scrutiny.” “My Kind of Town”: image (via). “‘Get the old lady to the back!’ someone yells (:40). ‘She wants to be in the front!’ comes the reply.” What we need! “I am returning my medal today because I want to live by my conscience, rather than be a prisoner of it.” And what we need, too.

Our famously free press propagates the CPD’s crowd estimate: 2,000. Pictures say that’s low. (Interestingly, CPD estimate derived from surveillance cameras. If the estimate — incredible as this may seem — is actually honest, that means camera coverage is lousy.) OccupyChicago: 3,000- 5,000. The Guardian cites the density-based Jacobs multiplier, then splits the difference between CPD and organizers: 3,500 – 6000. The Guardian’s first commenter was there, and does the multiplication: 7,600 – 13,800.

Montreal. Photos: “Tuitiion [sic] fee protests – May 21.” If “tuition fee protests” is the frame, that’s a loser. However, Gazoo columnist Peggy Curran uses “red square” movement, which is much fuller of win, red squares being a wearable, non-mask article of clothing, a color (as in “color revolution”), and a useful symbolic geometry. It also has an unmistakable (if virtual) Occupy connotation, since Occupations tend to take place in city squares. Squares are also fractal. “When Arcade Fire [Yo! Professor!] backed Mick Jagger for three songs on SNL…, those red patches the band were wearing weren’t fashion statements, but very pointed acts of protest.” (Gotta say I prefer this icon to a 60s-style clenched fist — even if Otpor did use it.) “Yesterday’s unrest reached a climax with a blaze of [half-a-dozen] plastic traffic cones and construction materials lit Saturday during a melee on a busy downtown street.” Teh stupid, so but and Timothy McVeigh (or, for that matter, clinic violence) we’re not talking here. Today: Students march peacefully in holiday protest. Holiday? Probably no police over-time, so there weren’t any agent provocateurs to set traffic cones on fire or demolish the pavement. Remember: Always check their shoes!

CA-2. Congressional Candidate Andy Caffrey: “If I have to do it, I’ll smoke a joint on the Capitol steps and get arrested to draw national attention to what’s going on.” Obama’s lawyerly wording on marijuana. As ever: “I know that you believe you understand what you hope I said, but I’m not sure you realize that what you heard is not what I meant.”

OH (Swing state). During the referendum, Romney came out in favor of SB5. Intriguingly, “On the same day last November when 62 percent of voters stood up for collective bargaining [and voted in SB-5], an even larger number—66 percent—backed a referendum item that was widely seen as a symbolic rebuke to Obamacare. ” Well, there’s no reason why support for unions should translate into support for a mandate to purchase a defective product (private health insurance) with money people don’t have.

MI (Swing State). “Green” Mayor’s Parkland-for-Train station scheme underwritten in part by slush fund. A D, if that makes a difference at this point.

WI (swing state). “For fraud to equal “one or two points” in that election [as Walker says] you’d have needed 30,000-60,000 phony ballots. The proven fraud actually amounted to 0.0007 percent of all votes.” I wish the Rs would stop lying about this. Peirce: “If the Democrats can’t recall a governor of Wisconsin who breaks unions, wrecks public education, bleeds the state white on jobs and messes around with deer-hunting [!!], they’re more hopeless than I thought.” Has L’il Debbie kicked in that $500K yet?

Inside Baseball. “And those on the political extremes, especially those on the far right, tend to have the most simple speech patterns.” Indubitably! Joshua Green proffers shop-worn filibuster alibi: “Had the filibuster not applied [from 2009 on], the United States would have a market-based system to control carbon emissions … a public option … [Women] would have broader legal recourse against their employers. Billionaires would not be able to manipulate the political system from behind a veil of anonymity.” Well, when Obama had a mandate, and the Ds had control of the Senate, they could have used the “nuclear option” to abolish the filibuster with a simple majority vote. So that means Obama didn’t want any of those things. Right, Joshua? “Indeed, the irony of the [winger] race war narrative’s latest flare-up is that it comes at a time when national crime rates have reached historic lows — including reported hate crimes against whites.” Auctioning a vial of Reagan’s blood: “I was a real fan of Reaganomics and felt that Pres. Reagan himself would rather see me sell it rather than donating it.”

Green Party. Jill Stein: “[S]uch a thing as ending unemployment would never occur to Washington politicians because their corporate backers depend on the threat of unemployment to keep wages down.” Conor Friedersdorf’s response, in toto: “It’s a deeply confused claim.” Which is why he’s got a job, I guess.

Robama vs. Obomney. “Jobs!!” and WaPo’s Fact Checker: “There’s no doubt that Bush owns an unimpressive record on job creation. But Obama comes in either last, second-to-last or in the bottom half among presidents since the Great Depression, depending on which way you look at the number.” “White House counterterror chief John Brennan has seized the lead in guiding the debate on which terror leaders will be targeted for drone attacks or raids.” Of course, Brennan served Bush, he’s pro-torture, and he lies about drones. Meaning he’s well within Obama’s comfort zone. And Pierce, because the man invects with a passion: “Zombie-eyed granny starver.” No, he doesn’t mean Obama.

Romney. “Romney will need to figure out how closely he aligns himself with George W. Bush and other members of his administration, including Mr. Cheney. … [T]he campaign was downright buoyant to announce the Cheney fund-raiser.” So Voldemort will get to speak at the RNC after all?

Obama. Fighting Romney on economy “[I]s what this campaign is going to be about.”

Booker on Bain. The Booker quote: “This kind of stuff is nauseating to me on both sides. It’s nauseating to the American public. Enough is enough. Stop attacking private equity [Bain], stop attacking Jeremiah Wright.” (This is a “Kinsley gaffe,” wherein Booker uttered an unspeakable truth about who owns him, and who owns the Ds.) Anna Marie Cox: “This is a little like saying vampires have done a lot to support the coffin industry; it’s not wrong but it misses the point.” So why’d Booker say it? “[Bain] were among his earliest and most generous backers.” Axelrod slaps Booker down: “In this particular instance, he was just wrong. There were specific instances here that speak to an economic theory that isn’t the right theory for the country.” What, neo-liberalism? RNC launches ‘I Stand With Cory’ petition. Cheeky! Booker to Maddow: “I’m very upset that I’m being used by the GOP.” Well, Corey, if you didn’t want to go to Milwaukee, why did you get on the train?

* 109 days ’til the Democratic National Convention ends with a chocolate-covered insect eating contest on the floor of the Bank of America Stadium, Charlotte, NC. Yes, JFK’s boat. 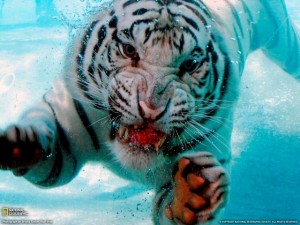