My internet connection has been up and down all weekend, and is now more down than up. This started last Friday, which is enough to cause considerable suspicions as to the cause, particularly since this problem is with my DSL signal and appears to be specific to my line. I’ve scheduled this post to go live later this AM, and am adding material as I can. If this winds up being thin, go yell at Verizon. And you would have had another post too were it not for this. Aargh.

The only solution to the eurozone crisis Wolfgang Munchau, Financial Times

Tokyo Shares End With Biggest Fall Of 2012 On Yen’s Rise WSJ Marketbeat. Whoa, the pressure on the BoJ to Do Something is going to escalate.

Look Out Below, French Election Edition Barry Ritholtz. Man, is this backwards, since austerity was going to drive Europe off a cliff. But the market has been trading on simple-minded, QE driven risk on, risk off trades, and now investors might have to think! No wonder they are panicked.

There are few sparks in a sputtering US recovery Edward Luce, Financial Times

“I seen my opportunities and I took ’em.” –George Washington Plunkitt, on “honest graft”

“The [whose?] economy” on the talk shows: You could do worse than The Bobblespeak Translations: “GREGORY: Joe is this a jobless recovery? … BIDEN: We were losing millions of jobs when we were sworn in — since then we’ve slowly added hundreds of thousands” (cf. Dean Baker). HoHo: “much better shape.” Schumer: “steady hand on the tiller”. Toles not an antidote.

A Socialist wins the French election, so MoDo writes about the Fascist (more MoDo goodness).

Robama kicks off official campaign in OH with greatest speech ever. Overflow crowd or not? Not, actually. Axelrove: “14,000 is 11,000 more than the largest crowd that Mitt Romney has ever drawn”. Ouch! Robama: “I still believe in you. And I’m asking you to keep believing in me.” Obomney campaign site: “Believe in America”. One side is lying and the other is not telling the truth (hat tip: Chris Floyd). Which even our famously free press is starting to notice. Anyhow, here’s the transcript, which does, in fact, read well: CHILD: “We love you, Barack Obama!” Squee! But when you’ve lost Ezili Dantò…

Robama campaign “tailors message for key states and voters”. (Sun slated to appear in East.) Like college towns. In swing state VA, 2008’s coalition — youth, suburban Washingtonians, women, and blacks — is largely intact (though not clear how large “largely” is). Robama’s composite cartoon woman, “Julia,” appeals to all members of that coalition (except for blacks; he doesn’t need to bother). Thinking back to 2008’s key demographic, Julia is also a “creative class” professional: Her (suburban Washingtonian, i.e. Beltway) business might bid on building websites for ObamaCare, for example. Or the DHS. Eight time loser Robert Shrum (D): “What’s powerful about the Obama slide show [“Julia”] is that it deals in specifics that people very much care about.” Web site development?! Jobs, maybe. Robama’s hiring. But don’t take your work home with you!

Paul surgelet: NV: “An organized contingent who easily took control of the state convention”. ME: “Paul’s backers took control of key parliamentary positions and the convention agenda”. “Other than [Governor] LePage, most of the names are relative unknowns”. IA: If Paul trend continues, the IA caucus will have had three winners: “Romney on caucus night, Santorum after the certified vote, and Paul in the delegate count”. The emerging narrative seems to meld Obama strategists’ focus on caucuses with Clinton supporters’ quest to be heard at the convention. And the only thing I can find on the Green’s Jill Stein is an upcoming speech in Humboldt County, CA.

* 124 days ’til the Democratic National Convention ends with an all-you-can eat shrimp buffet in Bank of America Stadium, Charlotte, NC. The longest kidney transplant chain ever had 124 links.
Cross-posted to Corrente. 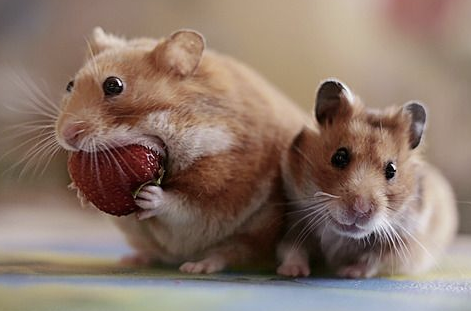