Verizon spent three hours fixing my service in my building, which meant I had not Internet during that time. But things do seem to be back to normal.

Did a Copying Mistake Make Humans So Smart? Discovery (furzy mouse). A bit more modesty might be in order.

Greater Purpose in Life May Protect Against Harmful Changes in the Brain Associated With Alzheimer’s Disease Science Daily (F. Beard)

‘One in six cancers worldwide are caused by infection’ BBC

Where does all of that iron ore go? MacroBusiness

Doubts spread to Spain’s big banks Financial Times. Swedish Lex points out that he flagged this as a flash point two years ago.

The New Wall Street Racket Looting Your City, One Block at a Time Alternet

A stock called Comedy: the joke is on someone or other John Hempton

The banking brontosaurus is nibbling at its own tail Financial Times

A Nation of Spoiled Brats Foreign Policy (May S)

D – 122 and counting*
My fellow Americans. As a young boy, I dreamed of being a baseball, but tonight I say, we must move forward, not backward, upward not forward, and always twirling, twirling, twirling towards freedom. — Kodos gives a speech, “Treehouse of Horror VII”

Obama achieves budget surplus, bitch slaps aggregate demand. The medieval surgeon bleeds the patient white, then congratulates himself because the patient is not dead.

“Forward” slogan. Like “Change,” political scientist Drew Westen said, voters can project onto “Forward” whatever they’d like. (“I serve as a blank screen….”) “It’s an inkblot message. You don’t know when you hear that which way is forward. That is a question Americans have been asking for four years.” Also, too, twirling.

Enthusiasm, or not. James Carville (D): “Wake up Democrats; you could lose”. WSJ/NBC News poll, Robama preferred over Obomney among all voters 49% to 43%. Among very high interest voters (much stronger than likely voters) Obomney leads by three points, 49% to 46%. Meanwhile, Robama campaign reprises 2008 for Latinos with teebee ads of Obama for America operatives gazing soulfully into the camera and telling their “stories”. Conversion narratives to follow, no doubt. To be fair, Robama’s got to do what they call in Versailles a “delicate dance”. Robama can’t run on his record, which he implicitly recognizes by blaming everyone but himself for bad outcomes. (President as Victim and President as First Person Shooter is a neat trick.) And he can’t ask “Are you better off than you were four year ago?” because too many people aren’t going to answer No; they’re going to answer Hell, no! So Robama’s got to reframe the narrative to the future: “Will you be better off four years from now than you are today?” That’s not such an easy sell. So but and would you want to have a beer with Obomney?! No, the ectoplasm, but that goes for Robama, too.

“Do nothing Congress” flap. Video. (For those who came in late, “Do nothing Congress” is a Harry Truman reference, and Harry Truman Robama’s not.) At rallies, Robama’s projecting a do list (his “Post It note”) on big screens. He wants Congress to check off: (1) no tax breaks for companies that off-shore job, (2) faster home refinancing, (3) tax credit for new hires by small businesses, (4) money for clean energy infrastructure [fracking?], and (5) help for military veterans seeking jobs. Yeah, that’s a quite a list of “job-creating measures.” I’m only surprised that school uniforms aren’t in there. Seriously, 8.1% (nominal) disemployment and this is it? The smallest of small ball? FDR created 15 million jobs, and the WPA by executive order. Of course, for both legacy parties, programs that would actually work are off the table.

“Julia,” Robama’s cartoon composite woman. Robomney: “The weak economy, high unemployment, falling wages, rising gas prices, the national debt “ZOMG!!! Teh Debt!] , the insolvency of entitlements [Grand Bargain™-brand catfood] – all these are fictionally assumed away in a cartoon produced by a president who wants us to forget about them.” Leave out those last two, and Obomney’s perfectly right. Then again, Obomney calls Robama a liberal, which is about as reality-based as calling him a socialist, or a revolutionary in the Bill Ayers mode.

Obomney inches closer to magic number of delegates with 916, 228 delegates shy. Paul has 99.

MI and OH (swing states) auto bailouts flap. Headline: “Romney Takes Credit for Auto Industry Turnaround, Reignites Bailout Debate”. USA Today has a good guide to the talking points that actually isn’t he said/she said. So: In an Op-ed (Izvestia) Robomney advocated for a managed bankruptcy with guarantees for post-bankruptcy financing. Robomney also wanted to fire Big Auto’s management and give the investors and bondholders a haircut. And thought, or at least wrote, that (1) Big Auto would emerge from bankrupcy stronger then ever, and that (2) a bailout would mean its “demise.” On “demise,” the former Bainster got it wrong, leading to much pearl clutching by Ds. However, neither Roboma nor Obomney mention that Bush got the ball rolling with a $17.4 billion loan. But both Robama and Obomney were for screwing the workers; new employees now make $14 an hour in a two-tier wage scale. And both Robama and Obomney are bickering over a trivial loan in the billions, while neither mentions the trillions given away to the banksters. Anyhow, I don’t know what the fuss is about. ObamaCare is RomneyCare, so if Obomney wants to take some credit for giving Robama some ideas on the auto bailout, what’s the big deal?

WI (swing state). Tom Barrett wins Democratic primary to challenge Walker in the recall. Barrett’s not the union candidate, and lost to Walker by 6 points in 2010. I suspect, with Paul Street, that voters will end up regretting D advice to Put down your [state Capitol occupation] posters and pick up a [Democratic Party election/recall] clipboard.” And isn’t it great to see the national Ds doing everything they can to throw out an R governor in a swing state? Oh, wait….

NC (swing state) Gay marriage flap. North Carolina voters approve amendment defining marriage as a union between a man and woman. So I guess Robama won’t be “evolving” all that fast, then? [Too cynical! Or, perhaps, not cynical enough. I guess we’ll see! –lambert]

And poor Richard Lugar. Not just tea partiers but a big swath of the IN R establishment tossed him, it seems. Even though Nooners tried to save him.

* 122 days ’til the Democratic National Convention ends with a pajama-clad sleep-over in Bank of America Stadium, Charlotte, NC.
Cross-posted to Corrente. Section 122 of the Doctrines and Covenants. 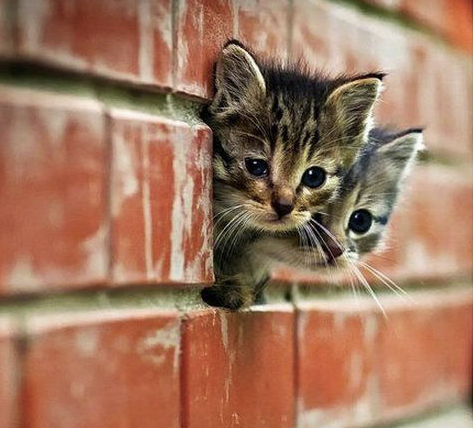