By Sell on News, a macro equities analyst. Cross posted from MacroBusiness. 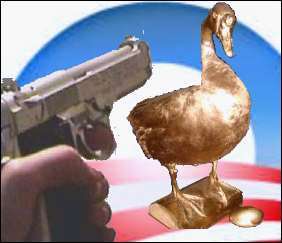 The stock market fate of Facebook has focused attention on the state of the public equity markets. Already, the company is being sued for allegedly misleading investors about the state of its business. There is much hand wringing about the problems of being publicly listed — the onerous burden of regulation, the public scrutiny, the short termism of professional investors. It’s not easy being a billionaire these days. Chief amongst the hand wringers is The Economist, which ran a cover story on the demise of the public company. And there is certainly evidence of a problem:

The number of public companies has fallen dramatically over the past decade—by 38% in America since 1997 and 48% in Britain. The number of initial public offerings (IPOs) in America has declined from an average of 311 a year in 1980-2000 to 99 a year in 2001-11. Small companies, those with annual sales of less than $50m before their IPOs—have been hardest hit. In 1980-2000 an average of 165 small companies undertook IPOs in America each year. In 2001-09 that number fell to 30. Facebook will probably give the IPO market a temporary boost—several other companies are queuing up to follow its lead—but they will do little to offset the long-term decline.

This has probably had a lot to do with the poor returns in global stock markets in the wake of the GFC, but The Economist is entirely correct to be worried. The reasons given for the concern are that public companies create jobs, they “let in daylight” and they allow the public to invest in companies. I would add two others. First, big stock markets tend to distribute economic power. This is more of a political point, but in countries with large stock markets, the extremely rich are not as powerful. Gina Rinehart may be the world’s richest woman at $29 billion. It sounds a lot. But compare that with the ASX $1.4 trillion of public companies. It is drawfed by BHP’s $160 billion market capitalisation, or Rio’s $100 billion. That works against the concentration of power that extreme wealth can catalyse. In countries in South America, for instance, there is no such counterbalance and rich families have a much greater influence. This is not to argue that it is democratic or shares power; it patently does not. The owners, superannuants, usually don’t even know what they own. But it is a useful limit.

Second, public stock markets, and to a lesser extent bond markets, can be re-priced in a way that bank debt cannot. Big swings in share prices act like a shock absorber when there is a financial crisis. Bonds can also be repriced, although because debt has to repaid the shock absorber effect is less pronounced.

Banks, on the other hand, are extremely vulnerable to repricing. They only have to have a small number of defaults on their loan book for it to result in collapse. So when economies largely depend on bank debt, they are far more vulnerable to financial crises than countries that have a balance between bonds and equities. In America Japan, the balance between bonds, equities and bank deposits is about equal. In Europe, there are smaller stock markets and more bonds, but there is a reasonable balance.

In Asia (ex-Japan), there is a heavy bias towards bank debt. So much so, McKinsey is anticipating a $12.3 trillion “equity gap” in Asia by the end of the decade.

What exactly an equity “gap” is remains problematic, because it must be based on some notion of what is a “normal” capital structure. But the trend is clear. Too many economies are becoming too dependent on bank finance, and with out of control derivatives markets, that is extremely dangerous. GFC-style problems are far more likely in economies dependent on banks than economies with more balanced structures.

To a large extent, big equity markets are an English language phenomenon. I would love to know why, so if any readers out there have any references please tell me. It is doubly strange given that the bourse was largely a French idea. It seems to be linked to non-conformist groups in the north of England during the rapid period of industrialisation in the nineteenth century: mutual funds such as Manchester Unity which invested in shares. Australia was an early entrant with its innovations in health funds. Of course, many of those non-conformists went to America, perhaps taking the practice with them. But that is a very sketchy guess; its historical origins are worth studying closely

Given the importance of equity markets to healthy financial system, aggressive efforts should be made to protect them against the hordes of meta-money marauders: locusts such as high frequency traders, and derivatives players who are doing an excellent job of destroying the purpose of equity markets, which is to raise capital to fund businesses in the medium to long term for the benefit of shareholders. The whole purpose of such a process is to differentiate between the companies based on the nature of their business. The algorithms used by HFT traders make no distinction between any company or asset class, they are entirely generic.

The problems associated with activities such as short selling are harder to define; prima facie short selling seems a reasonable form of price discovery. But is much lost when it is prevented from happening? After all, if you don’t like the stock, sell it. If the point if equity markets is to fund business, rather than reward clever financial plays, then it seems reasonable to enforce that by discouraging financial trickery.

The argument given in favour of HFT and other forms of meta money activity on the stock market is usually that it increases “liquidity”. This is circular. It can be restated as: “The more trades there are, the more trades there are.” I know such tautologies are popular in economics and finance, but please. Surely regulators can see through such absurdities. The point is: “What should the trades be for?”

Many big corporations are trying to find ways to defend themselves against the meta money marauders, especially the high frequency traders. But it is probably a losing battle, and the attractions of going private will increase. Given that equity markets provide much needed redundancy in financial markets — a redundancy that will be needed more and more — it is a cause of real concern. The meta money parasites will eventually end up destroying the host.