Nothing Has Changed: Analysts Expect Greece To Exit The Euro Clusterstock

Im Notfall könnte Griechenland selbst Euros drucken Die Welt. I’m told this says that Greeks could just starting printing euros. Even if true, they don’t appear to have figured that out.

Back to the 1930s: the hammer, sickle and swastika Aristides Hatzis, Financial Times. This is a forceful description of how close Greece is to coming apart.

The Euro crisis is all their own doing Bill Mitchell

Chart of the Day: The smoking gun showing how the ECB wrecked the Spanish economy Ed Harrison

Judging De Minimis: Does the Judge in Your Foreclosure Case Own Stock in the Bank Deadly Clear (April Charney)

Finance: A union to bank on Financial Times (Swedish Lex). We dissed a NY Time story yesterday for its claim that the lack of European-wide bank regulations was the reason for a slow motion bank run in Spain. We also said there was an article that needed to be written on the obstacles to banking union. This is that article.

Occupy. “In a letter to Secretary of State Hillary Clinton, two [UN Human Rights] envoys called on U.S. officials to ‘explain the behavior of police departments that violently disbanded some Occupy protests last fall’ and expressed concern that excessive use of force ‘could have been related to [the protesters’] dissenting views, criticisms of economic policies, and their legitimate work in the defense of human rights and fundamental freedoms.'” Hillary? OWS: “A scrappy crew of Occupy Wall Street veterans that call themselves ‘Occu-pirates’ sailed out of the 79th Street Boat Basin once again on Saturday morning.” Crew met at Zucotti Park. Some ages: 65, 42, 28.

Montreal. “I wanted to document it and I was pissed off. I was really surprised (by how widely it spread)” (picture) “I had to go out to the Grand Prix as a volunteer to pick up garbage from Scouts who were running an ecological consortium at the request of the Grand Prix. … A police officer approaches me, and tells me up front I have no business here. It goes without saying that during this time, none of the fifty police officers around me bothered to search any of the young hotties with their the Gucci handbags. Finally, when they are about to arrest me, a Grand Prix official passing by tells the police officers that yes, the ecological consortium did exist and I could enter the site without problems. I was thus able to spend the day picking up crap after other, more ‘welcome’ people.” FECQ president: “‘Given the repeated failures of negotiations and the withdrawal of the government’s offer, it has become clear that only a neutral and credible process such as mediation would allow the two parties to orchestrate a real end to the crisis.’ The public appeal comes after two letters demanding arbitration were sent by lawyers to the government. FECQ is giving the government 72 hours to reach a decision on the matter.”

FL. Horse race: “Television talk show host Cristina Saralegui [often called the “Hispanic Oprah”] announced her endorsement of President Barack Obama, saying this weekend that there’s too much at stake not to speak up when Hispanics could ‘very well decide the next election.'” Voting: “The Fair Elections Legal Network, Project Vote, LatinoJustice and the Advancement Project to sue SoS Ken Detzner, claiming [FL’s] effort to ‘systematically identify and remove alleged non-citizens from the voter rolls (is) in violation of the National Voter Registration Act.'”

NM. This shadow government is now out of the shadows, splashed across the front pages of the state’s major newspapers. The scandal is centered on the use of personal email accounts to keep official government business from seeing the light of day. Insiders tell us that the back channel communications initiated by [Governor Martinez’s chief political advisor Jay McCleskey] and used by top administration officials–including the Governor herself–are more numerous than the two instances that have surfaced.” Sounds like Walker’s modus operandi in WI.

NY. Fracking, summarizing National Research Council “[I]t’s not so much taking the gas out that causes earthquakes, but injecting liquids back into a well. [D]isposing of fracking wastes is going to be a lot more difficult, and so are some other hoped-for projects like carbon sequestration.” Best way to sequester carbon? Leave it in the ground. Fracking: “The group brought a map showing where bans and moratoriums already exist.” Corruption: “The contract to cater at the Empire Room was awarded to Charlie’s at the Fair, but according to the State Comptroller’s office, the company was given an unfair advantage and insider information about the bidding process. The contract wound up being voided….”

OH. Fracking: “Hundreds of people gathered in OH’s capitol city on Sunday to protest hydraulic fracturing. The protesters marched through downtown Columbus and temporarily occupied the front hall of the Ohio Statehouse. The group Don’t Frack Ohio organized the protest and three days of workshops,

SC. Corruption: “No law requires lawmakers to report their jobs with private companies, according to the state Ethics Commission. And nothing in state law bars groups that employ lobbyists from also employing legislators.”

VA. B-School coup at UVA, soon to be re-branded (spoiler alert!) The College at Dollar Tree: “Dragas, Kington and a third board member gave [ousted President] Sullivan a performance evaluation in November. They said her performance was good, but not great. They asked for improvement. They put nothing in writing, according to a source who was briefed on the meeting.” “The Sunday meeting of the executive committee, in which three members of the 16-person board voted to accept Sullivan’s resignation, was wrongly treated as an emergency meeting, circumventing public notice rules.” Former UVA Pres Casteen: “This is a public university, which means among other things it is an entity of the commonwealth of Virginia. In Virginia you can’t make secret plans for the allocation of public resources.” The Board of Visitors meets to consider a replacement for Sullivan: “About 2,000 students, faculty, staff and alumni rallied outside on the Lawn… Demonstrators carried signs with slogans like ‘Rally for transparency,’ ‘Shame on the B.O.V.’ and ‘Reinstate Sullivan.’ The campus radio station broadcast live from the Lawn, inviting students and faculty to voice their opinions.” Sullivan, parting remarks to the Board: “Corporate-style, top-down leadership does not work in a great university. Sustained change with buy-in does work.” Dragas statement: “We want to express our sincere regret for the pain, anger and confusion they have caused among many in our UVa family.” “Dragas has hired Hill+Knowlton, a public relations firm, to help the board ride out the backlash from Sullivan’s ouster, two knowledgeable university employees said. The U-Va. Foundation is picking up the tab.” One possible point of contention Dragas mentioned Sunday: “[Online education has] been legitimized by some of the elite institutions.” There’s already a University of Phoenix! Conservative American Council of Trustees and Alumni President Anne Neal: “I think this parting of the ways may actually be a harbinger of the kinds of tough decisions that boards are increasingly going to have to make given the new economic reality.” Ah, “tough decisions. Larry Sabato: “Turns out BOV didn’t use the manual for Strategic Dynamism. By mistake, they grabbed the one for Dynamic Strategery.” “Four of the 15 voting members sent an emissary on Sunday night to the [fired] president, Teresa Sullivan, to discuss the terms on which she would stay.” Closed door BOV meeting ends, 2:39AM. Sabato: “Commerce Dean Carl Zeithaml is UVA interim president. Sullivan NOT asked back.” (bio; interview) “Rector Dragas and Vice Rector Kington succeed in their ouster of President Sullivan.” “Dragas tells hecklers ‘Don’t believe everything you read in the papers,’ as she gets in car to leave.” Stay classy! Reach me that bucket, wouldja hon?

WI. “The recall vote in Wisconsin produced another significant 7% discrepancy between the unadjusted exit poll and the so-called “recorded vote.” In actual social science, this level of discrepancy, with the results being so far outside the expected margin of error would not be accepted.” (DCBlogger)

WV. “Sen Joe Manchin, Rep Nick Rahall and Gov Earl Ray Tomblin have opted not to go to the convention in Charlotte.”

Inside Baseball. Employment in swing states: “While the unemployment picture nationally remains gloomy, the story in many of the swing states … is either a) brighter or b) moving in that direction.” “[T]here is nary a shred of evidence to suggest that the unemployment outlook in the states has anything to do with state-level outcomes in presidential elections.” Teebee ads in VA, FL “mostly jammed around local newscasts and current affairs shows.” Media buyer: ‘”They are trying to get opinion leaders, early donors and the press to focus on certain issues or events.” 2006 paper, “It Feels Like We’re Thinking”: “The more information people had, it seemed, the better they were at arranging it to fit what they wanted to believe.” Obama’s deputy national security advisor McDonough of Hillary Clinton: “She’s really the principal implementer.” Ouch!

The economy. Doom: “75% of people were either very or somewhat worried the country is headed toward another recession.” Now go buy stuff! Pol sci prof: “This is the third summer of green shoots withering in the sun. I think patience is wearing thin.” Nice soundbite.

Robama vs. Obomney Watch:. Romney: “He said look, if I can’t turn this economy around in 3 years, I’m looking at a one term proposition. He’s right! We’re here to collect!” Except Romney misquotes Obama, who was quoting McCain in 2008. Except Obama also misquoted McCain, who said: “If we keep talking about the economic crisis [not “the economy”] , we’re going to lose.” (And if you want to read a farrago of broken promises and betrayals, read the rest of Obama’s “Remarks in Londonderry, New Hampshire,” October 15, 2008, from which Romney’s quote was lifted. “We’ve got to help states and local governments that have been squeezed.” Except, not.)

Obamacare watch. “Smart money is said to favour the ruling coming on Wednesday 27 June or Thursday 28 June.” Romney camp: “My sources (which I freely admit to be third-hand) suggest that Kennedy will side with the conservatives” and strike down the mandate. Juan Williams: If ObamaCare is struck down, “Obama [could] use the bully pulpit … to launch a bitter attack on the current court as a corrupt tool of the Republican right wing.” ObamaCare doesn’t really kick in ’til 2014: “But the delay’s result has been that the law has no natural constituency — its promises have not been clearly conveyed to the people it is designed to help.” Is single payer is Constitutional? Jeff Greenfield: “The answer, unquestionably, is ‘yes.’ …. All the Congress would need to do is to take the Medicare law and strike out the words ‘over 65.‘”

Ron Paul. “At the IA convention, a Romney staffer who flew in from Boston watched the proceedings but did not intervene.”

Obama. John Kerry is a master debater. Bloomberg’s Hunt, another Clinton trial balloon: “Obama should persuade her to leave her post a month or so early and campaign for him. She might add some electricity and she wouldn’t be likely to commit the same occasional discipline lapses as her husband.” Na ga happen.

* 81 days ’til the Democratic National Convention swills energy drinks on the floor of the Bank of America Stadium, Charlotte, NC. The symbolic number of the Hells Angels Motorcycle Club. ‘H’ and ‘A’ are the 8th and 1st letter of the alphabet, respectively. 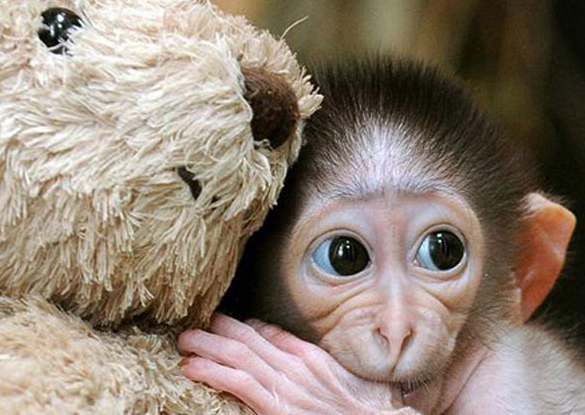