Barney Frank on Glass-Steagall, 1999 C-Span…. This is Barney Frank in 1999 explaining why he voted against the repeal of Glass-Steagall. He said he’s in favor of the bill as is, but he wants it to include more low income housing money. (h/t Congressional Record)

China PMI Retreats More Than Expected in May CNBC

“How?” said Brandoch Daha. “Say a dog bite me in the ham: must I bite him again i’ the same part?” –E. R. Eddison, The Worm Ouroboros

Occupy. “Starting Friday at Noon, good folks will descend on Frankfort [KY] and occupy the place,” i.e. the capitol. (For those who came in late, there were a series of US Capitol occupations after the Arab Spring, and long before AdBusters.) “May 10th [in London] was the largest police protest in world history… A handful of occupiers were there as well.” “David Cruz [whose home was protected by Occupy Minnesota] interprets the [R. T. Rybak’s] statement of the previous day that Minneapolis was not in the foreclosure business to mean that police actions at the home would be suspended. [Occupy Minnesota then re-occupied the Cruz home.] [T]he property was [then re-]raided by a substantial force of police and firemen. [An] angry crowd went to the mayor’s office and asked if the mayor had lost control of the police force or was he not telling the truth.” “The first mayor of a large U.S. city to endorse Obama in 2008, Rybak is one of five Vice Chairs of the DNC.”

Montreal. “After four days of negotiation, the provincial government and student groups announced Thursday that their talks had gone nowhere.” Education Minister Courchesne pulls the plug. Premier Charest: “It’s up to the silent majority to express itself. There will be an election within 18 months.” Silent majority? “How can they claim they are acting in good faith, if the only thing they offer is shifting the debt burden from one student to another, or from one student, to the same.” “Montreal’s 38th consecutive nightly protest was still unfolding peacefully as of 10 p.m. Thursday, … drew a crowd of several thousand and got off to its usual start at 8 p.m. with the sound of pots and pans echoing through Place Émilie-Gamelin.” (Map. Place Émilie-Gamelin is the heart of the student quarter, also at Berri-UQAM, the intersection of Montreal’s Green (East-West) and Orange (North-South-North) Metro lines.) Speaking of maps: Carte de Manifestations. “The game changing moment came when the province tried to criminalize public protest.” Anonymous is claimed to have hacked into accounts of Montreal Grand Prix fans who bought tickets online. Disinformation? Stupidity? Michelle Courchesne dans l’eau chaude: ” … [Education Minister] Michelle Courchesne accused of showing favoritism in awarding grants for sports facilities, between 2007 and 2010.”

AZ. Tinpot Tyrant Watch: Valdez said her daughter came home with a card from school: “You’re Tops! Catastrophe Award … [f]or Most Excuses for Not Having Homework.” The teacher signed the card “Ms. Plowman,” added the date … and even included a smiley face. The teacher announced the award in front of the entire class, and the other students laughed.”

FL. Voter purge: “Those of us who have been here long enough get this eerie similarity to the flawed felon databases of 2000 in Florida.” But: ‘U.S. Department of Justice ordered Florida’s elections division to halt a systematic effort to find and purge the state’s voter rolls of noncitizens.” Finally. “U.S. District Court Judge Robert L. Hinkle blocked most of the FL law’s new registration requirements today. ‘If the goal is to discourage voter-registration drives and thus also to make it harder for new voters to register, this may work.'”

IA. “The fire at the Iowa City landfill is expected to continue burning until next week.” IA Rs, the RNC, and other state R organizations mobilize to support Walker in his June 5 recall electio (hat tips TTH).

WI. Bill Clinton to visit, but not Obama. Or even Biden. “Milwaukee County prosecutors opened the secret John Doe criminal investigation more than two years ago after being stonewalled by Gov. Scott Walker’s office when he was county executive, according to a newly released record. … Walker has repeatedly brushed aside questions about the John Doe by claiming credit for launching it.” “A 13th person has been granted immunity in a secret Milwaukee County investigation that has already led to criminal charges against six people close to Gov. Scott Walker.” E.J. Dionne makes a better case for Barrett than the Ds do. Not hard. Last night’s debate: “BARRET: I have a police department that arrests felons. He has a practice of hiring them.” Voter: “I just believe in everything Walker is doing. I’m tired of people getting away with doing nothing. I worked three jobs, raised my children, paid my own health insurance and I don’t agree with people who say you owe it to me to help me.” Voter: “I’ve paid my health insurance since the day I started working” (Land of a Thousand Yorkshireman). “I think the election will really come down to who gets out the vote, I think it really will be decided by a ground gain, not the air wars.” And so: “The UW’s Teaching Assistants’ Association (TAA) declines to endorse D Barrett. ‘Through his use of [Walker’s] Act 10 against the workers in Milwaukee [Barrett] has shown that he is not deserving of support of unions in Wisconsin.’ ‘What this means for the TAA is that the conversation is going to shift back to how to meaningfully and effectively rebuild our membership [instead of wasting] time and money on supporting a candidate who doesn’t care about us.'” Oopsie.

Inside Baseball. Nooners: “[Obama] opened his campaign with a full-fledged assault on his opponent. … An incumbent should begin his campaign with a full-fledged assertion of the excellence of his administration. … Mr. Romney should face what didn’t work the past 12 years. Republicans took some wrong turns, and they know it.” Obama 46, Romney 45; IA: Romney 44, Obama 44; CO: NV: Obama 48, Romney, 46. Larry Sabato on the polls: “This is a matchup that could go either way.” We gotta play it one day at a time. Edwards, after being cleared on one count, mistrial on others: ‘Thank goodness that we live in a country that has the kind of system that we have.'” “John Edwards was the only person in the 2007 primary campaign who was talking about the poor.” True. “The trial yielded something. We now know what a delusional figure Edwards was–in that he held out hope for Obama tapping him for some high spot–even as his mistress, Rielle Hunter was pregnant. We also know what a really good liar he is.” Also true. “Melaleuca”…. Metal band, right? How to debunk: Nice diagram. A pattern language for organizing? Beautiful Trouble.

Romney. “The weird thing about 2012 is that the party really was never that excited about Romney.” Staffer on Romney Solyndra visit: “The reason for keeping it quiet is because we knew if word got out that Solyndra would do everything in their power and the Obama administration would do everything in their power [Drone strikes? Targeted assassinations?] to stop us from having this news conference.” Cheeky, Solyndra, but why not Jippy Mo or Golden Sacks? Urban Outfitters T-shirt: “2 legit 2 mitt.” (Not 2L4O?) “Romney says he’d arm anti-government forces, a muscular sign of U.S. resolve that would help level the battlefield. Obama is relying on diplomacy.” Playing fields are leveled, not battlefields. And Obama is relying on covert operations, as well as diplomacy. And what about those hard drives?

Obama. Obama, Scott Walker follow the same script for survival. Teebee, Latinos: “Each includes a clip of the president saying ‘we get each other’s back’ at a campaign rally.” Half true. Teebee: “‘There are times when I watch Mitt Romney saying the exact same things now as he said here in Massachusetts in 2002 in a robotic way that is completely hollow,’ Carl Sciortino, a state representative from Middlesex, says in the video.” Somebody’ s been reading Pierce! But sheesh, OHQ quotes a state rep, and not an “ordinary citizen” or “average middle class voter”? How out of touch is that? Money: “It’s go time. It’s time to step it up,” added a top D in outside group, who said the rallying cry wasn’t a “sense of defeat or a sense of demoralization.” No no. Hey, why not throw some banksters in jail for an October surprise?

* 99 days ’til the Democratic National Convention feasts on North Carolina barbecue on the floor of the Bank of America Stadium, Charlotte, NC. 99%… 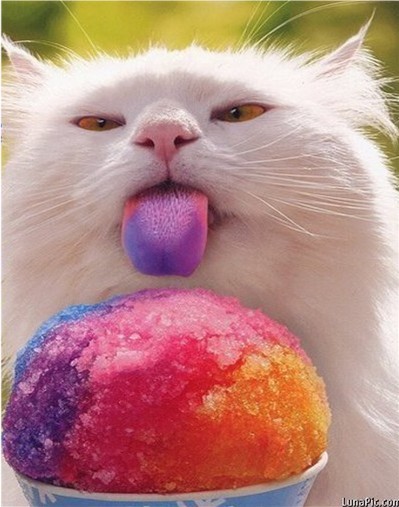