Can a banking union save the euro? FT Gavyn Davies

Will the Tactical Guys Blow Up the Market on Monday? The Reformed Broker

Rattner: Economy Not in Danger of Another Recession National Journal

The Not So Golden Years, Revisited Big Picture

The 10 Things Economics Can Tell Us About Happiness Atlantic

Going Her Own Way Times

The Rumbling of Distant Thunder The Archdruid Report

“One side is lying, and the other is not telling the truth.” — Empire Burlesque

No BobbleSpeak translations this week; links lighter than usual.

Montreal. Gabriel Nadeau-Dubois at CLASSE planning meeting: There is a challenge to maintaining momentum during the summer break … [M]ost of the students will have left the large cities to go back to their home communities. [D]emonstrations may be smaller in size, but larger in number across Quebec. “Get togethers” for Montreal TBA, including F1. “This is exactly what we’re doing — we’re taking over where the students have left off,” said Marie-Helène Pelland, 49, adding she was proud to do so. “You can see here in the crowd. There is more gray hair, more people from all walks of life. Concordia administrator: “Not only have the protest actions have been the longest and largest in Quebec’s history, they have also been the most inclusive, involving post-secondary students from both French-speaking and English-speaking institutions. I know it was a big thing to mobilize for the strike because traditionally, English schools aren’t really involved.” Saturday march (in rain), peaceful, putatively illegal under Bill 78 (photo). Taking to Twitter, Montreal police called the protest “illegal,” saying it had not received the route. However, it added: “People can march if no crime is committed.” Except, under Bill 78, there was! Gabriel Nadeau Dubois (CLASSE): ‘One of the first things that the detective told me was that they were meeting me because of a request made by the Public Security Minister, Mr. Dutil, who she (the detective) said had wondered why the SQ had not been more involved in the student conflict.'”

“News of the cancellation of the Circuit Gilles-Villeneuve [“free admission”] open house at the Formula One event came the same day as one student group attempted to alleviate concerns about the ongoing protests, saying demonstrators aim to be visible, not disruptive.” Of course, it’s the visibility, in itself, that’s “disruptive.” Our elites react to “visibility” like an elephant reacts to the “threat” of a mouse. And somehow, I don’t think the F1 organizers mind canceling a money-losing free event and blaming somebody else for it all that much.

“Ten Points Everyone Should Know About the Quebec Student Movement.”

CO. “[I]t’s ironic that [Obama’s] chances of winning the key state of CO could hinge on marijuana legalization. “Hundreds gather to protest Encana Corp.’s fracking operation in Erie. ‘We don’t want to move; we want to fight.’”

FL. DHS denied access to its SAVE database when Florida asked in October 2011, as part of effort to purge the voter rolls. “Without SAVE, Florida relied on a motor-vehicle database that’s not updated when someone becomes a citizen. So those immigrants who become citizens and then register to vote can look like noncitizens via a simple database query.” What a fiasco.

LA. “The school willing to accept the most voucher students — 314 — is New Living Word in Ruston, which has a top-ranked basketball team but no library.” “[T]he R Party in Louisiana remains divided, and both [Paul and regular] conventions have selected delegates for the national convention.” Floor fight! (Lots more on this, but not yet sorted.)

MA. “The UN’s special rapporteur on torture has made a formal approach to the US government over a special-needs school near Boston that inflicts electric shocks on autistic children as a form of behavioural control.” Lowell: “What is the ‘experience’ required to serve as an alternate on the [Zoning Board Authority”? Perhaps it requires getting the blessing of ‘some observers.’ By the way, who are these observers?” Warren: “Scott Brown is a Wall Street R. A big oil R. A Mitt Romney R.” Brown vs. Warren: “[I]t’s clear that the deepest takeaway is that this race is gonna be real close.”

ME. East-West highway: “Well, [highway proponent Vigue] knows how to go around a question, let’s put it that way.” “Supporters of same-sex marriage outraise opponents 36-to-1.” Out-of-state cash always plays well in ME.

NC. “There is a growing connection between open source geeks, programmers, and local government activists.” (This is in Research Triangle: I’d like more examples.)

WA. “Because Washington state does not permit party labels to exceed fifteen characters, her ballot label is ‘Socialist Altern.’”

WI. Pro: “In his reporting on FBI involvement in the current probe of WI Gov Scott Walker, [veteran political reporter David] Shuster said he consulted with Justice Department attorneys in the public integrity section and ‘I got independent confirmation that [Walker]’s a target.’ Shuster said that he had learned Scott Walker’s attorneys had been seeking to have their client publicly cleared of wrongdoing for the last five or six weeks, in the run-up to the recall election. Prosecutors could not clear him, Shuster said, because Walker is a target.” Shill: “… failed the first test of verification by a professional reporter. …” Provenance counts. Iron Law of Institutions Watch: “‘The recall was going to happen no matter what because of the very organic nature of it,’ D Rep Kind said, before adding he’d supported it from the start.” Unity Pony: “The problem is not simply that Walker is divisive – though that is a problem – but that he’s on the wrong side of the divide. Calls for unity are meaningless without first spelling out on what basis people should unite and working out where the disunity came from in the first place.” Ground game: “[T]ea party organizers have been in WI for at least 10 months, attracting money and volunteers from a host of well-funded conservative groups around the country.” DNC Chair Debbie Wasserman Schultz: Recall a “dry run” for Ds in November. Good to have that perspective. Shenanigains Watch: “AG Van Hollen to send out plenty of election observers on 6/5. Just not to Waukesha County.”

Libertarians. “If whoring in politics is inevitable, libertarians are at least admirably transparent about it.” Not that there’s anything wrong with that.

Inside Baseball. “Pelosi is upbeat about the prospects for a female president in her lifetime, namely her friend Hillary Rodham Clinton. ‘She’s our shot.’” Well. Of the nine states Obama won in 2008 that Bush won in 2004: “That’s right, [Obama] can give eight of the nine back, as long as the one he wins is Florida, and he hits 275 EV’s.” Voice-over artist: “[I do] a version that I think would sound more reasonable. And then they pick the over-the-top one.”

Robama vs. Obomney Watch. PA D township supervisor: “This country’s not run by the politicians. It’s run by the money.”

Jawbs. “[O]bama’s aides argue that the trend line is more important than the actual number.” Hope!

Romney. “Of course the developments around the world always influence our jobs. But we should be well into a very robust recovery by now, if the president’s policies had worked,” Romney told CNBC, sitting in front of a sign with his campaign slogan: “Putting Jobs First.” Clear message; compare. Teebee ad: “A Better Day”: “It’s the feeling we’ll have that our country’s back–back on the right track.” IA viewer: “feel-good vibe.”

* 96 days ’til the Democratic National Convention feasts on corvids on the floor of the Bank of America Stadium, Charlotte, NC. 96 tears… 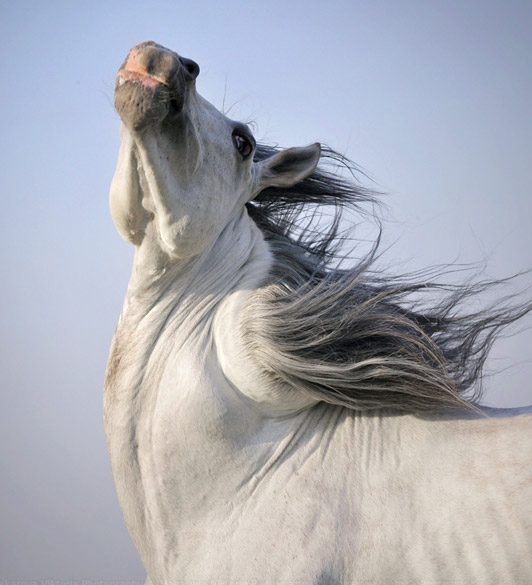