I’m surprisingly jet lagged and still behind the eight ball, but have the good fortune to have some particularly strong guest posts today, so I hope you’ll bear with me as I get back on track.

Karl Lagerfeld’s Cat Has Personal Maids, an iPad, and a More Glamorous Existence Than You Vanity Fair (Ed M). Well, she will still be (or has been) neutered, but Chinese men used to castrate themselves to be considered for the job of court eunuch, and these self administered medical procedures didn’t always work out so well…so this cat is doing well even allowing for the indignities of being a housepet.

The 10 Most Sexually Healthy Colleges Huffington Post (Carol B)

Phishers 1, DeLong 0…. Be warned, they are getting better.

Suicides are surging among US troops Associated Press (Lambert)

Telegraphic thoughts on Netroots Nation Lambert. Per #4: now he knows how I feel all the time.

How Could Law Enforcement Files on Bradley Manning Not Be Relevant to the Case? Kevin Gosztola, Firedoglake

Household Net Worth In U.S. Increases By Most Since 2004 Bloomberg

“Show me a good loser, and I’ll show you a loser.” — Vince Lombardi

Reader note: Because I’m on the road tonight, these links are light.

Montreal. “What seems like a movement sprung up overnight was actually a long time in the works. The tuition increase have been on the table since 2010, and student unions across Quebec spent two years working to build the movement.” Grand Prix photos (some NSFW). Nadeau-Dubois (CLASSE) in Le Monde. Ooh!

FL. “In a sharply-worded letter, the Scott administration all but dares the Justice Department to sue FL for allegedly violating voting rights laws. Florida also accused another federal agency, the Department of Homeland Security, of violating the law by denying Florida access to a federal citizenship database.”

MT. “New out-of-state publisher fires beloved independent columnist. George Ochenski’s last column: “The peril for [AG] Bullock is what 30,000 former patients and nearly 27,000 signers on the [medical marijuana] initiative will do this fall. If they think he’s fought against their interests” he could lose the governor’s race.” Detail here, here, and here.

NC. “International Christian relief and evangelism charity organization Samaritan’s Purse run by Franklin Graham contributed $150,200 towards newspaper and TV advertising in support of the NC Marriage Amendment, according to an Independent Expenditure report filed with the NC State Board of Elections.” Maybe Graham can give the invocation at Obama’s second inaugural.

NV. “As Nevada Hispanics spends its $1 million of who-knows-whose money in this swing state—and as other dark money groups with other agendas arrive here—there will be opportunities for the Nevada press to do better.”

OR. “Shorter [Columbia River Crossing bridge]: we’ve dumped 7 years and $140 million on this mess and it’s going to have to be scrapped because the boats that sail under it will crash into it. And oh by the way, planners have known this since 2004.”

PA. “You’re just confused about Susquehanna pollution. That’s what Department of Environmental Protection (DEP) secretary Krancer essentially told 22 retired DEP water quality experts who wrote to him asking for 90 miles of the Susquehanna River to be officially designated as polluted.” Occupy Riverside: “But when Monday comes–or whatever day it is that either Aqua America turns the park back over to the residents or offers them something that doesn’t require folks to liquify their retirement accounts in order to move–the meaning of the barricades changes. On that day, we decide to defend the Susquehanna.”

WI. “Winona City Council allows barge transport of silica [‘frac’] sand.” (See also.) Athenae: “Yelling at people who agreed with me about how they sucked and I knew it isn’t where my interests lie. [Education by contrast is about] the future, not about what should have been done in the past by people who were doing the only thing they thought they had in front of them, a path that only looks ill-advised now because it led here.” True. Daily Page: “Here we had 100,000 people storming the square but there was no effort to include them in any meaningful — or even symbolic — decision-making process.” True. “Gov. Walker said after Tuesday’s balloting that he hoped an iron mining bill could move forward in the spirit if bi-partisanship. Given the new D majority in the State Senate, and R Senator Dale Schultz’s previous opposition, anything resembling the measure that earned its rightful deposit in the bad-bill shredder will go nowhere this year.” Nooners: “The vote was a blow to the power and prestige not only of the unions but of the blue-state budgetary model, which for two generations has been: Public-employee unions with their manpower, money and clout, get what they want. If you move against them, you will be crushed.” So what are the red states going to do, when their blue state subsidies go away? (Map; map).

Inside Baseball. Halperin gives Drudge a reach-around. And not for the first time, I might add. CA’s new top two system: “Out of the 214 endorsements, there are only three instances at which the endorsed candidate failed to receive the highest vote among that party’s candidates.” “[T]he website Environmental Health News (EHN) launched a special series, “Pollution, Poverty, People of Color,” about environmental justice—the notion that no one should have to put up with a disproportionate amount of risk because of their socioeconomic status.” Bipartisanship: “From designating funds for specific races to sharing opposition research, Rs and Ds are perfecting the art of communicating without coordinating. Sometimes operatives communicate privately, using in-house counsels as the conduit, while other information is shared through less-traveled regions of the Web. … [U]nlawful coordination can lead to jail time. But attorneys advising both parties have come to many of the same unspoken conclusions where the law isn’t specific.” Obamacare: “In what may be the most riveting livestream of the century, people who oppose Obamacare can not only sign an online petition to repeal the health care law, but also watch a live web camera shot of their petition printing.” Actually, that’s neat. “Nearly seven in 10 Americans hope the Supreme Court will decide against all or part of President Obama’s healthcare reform law, according to a new poll.” “The House Ds pushing for a steep hike in the minimum wage could face an unlikely [sic] foe: their own leadership.” So how am I going to pay for ObamaCare’s mandated junk insurance? Fast and Furious, Holder: “I’ve looked at these affidavits, I’ve looked at these summaries, there’s nothing in those affidavits — as I’ve reviewed them — that indicates that ‘gun-walking’ was allowed.” “As I’ve reviewed them.”

Ron Paul. “TX congressman Ron Paul has claimed that he will have the support of some 500 delegates at the R national convention in Tampa this summer, and has vowed to make their presence felt.”

Grand Bargain™-brand Catfood Watch. Bernanke: “The so-called fiscal cliff would, if allowed to occur, pose a significant threat to the recovery.” I hope whoever invented the phrase ‘the fiscal cliff’ got a percentage of the gross from looting Social Security. After all, a shill’s gotta eat. D Dick Durbin: “There’s a genuine concern that a downturn in Europe or another place will force our hand [Shock Doctrine]… If we can present something immediately after the election that is a good solid starting point, I think it’s going to restore confidence in the business community.” Trying to restore “confidence” to the business community with cuts is like trying to kill locusts by feeding them more grain.

Romney. “This is not just a failure of policy; it is a moral failure of tragic proportion. Our government has a moral commitment to help every American help him[- or her]self. And that commitment has been broken.” True, for some definition of “help.” “When Mitt Romney was a college freshman, he told fellow residents of his Stanford University dormitory that he sometimes disguised himself as a police officer – a crime in many states, including Michigan and California, where he then lived. And he had the uniform on display as proof.” So Romney’s into cosplay. Interesting! “Presumptive GOP presidential nominee Mitt Romney said this afternoon that he is ‘honored’ to be endorsed by Sen. Rand Paul.

Obama. Nate Silver: “One of the confusing aspects of this presidential race so far is that national polls have often shown a race that is nearly tied — or Mr. Romney sometimes leading — while Mr. Obama has more often had the lead in polls of crucial battleground states.” Visionary minimalism. “Campaign aides have told Yahoo News in the past that the dollar amount requested in fundraising emails is based on prior giving. Giving nothing, apparently, yields a request for three bucks.” I’d wondered.

* 92 days ’til the Democratic National Convention feasts on rice and beans on the floor of the Bank of America Stadium, Charlotte, NC. Code 92 is the source for -030- which would be meta, had I stopped immediately before beginning to explain that it would have been meta, but now it is no longer meta. Reflexivity! 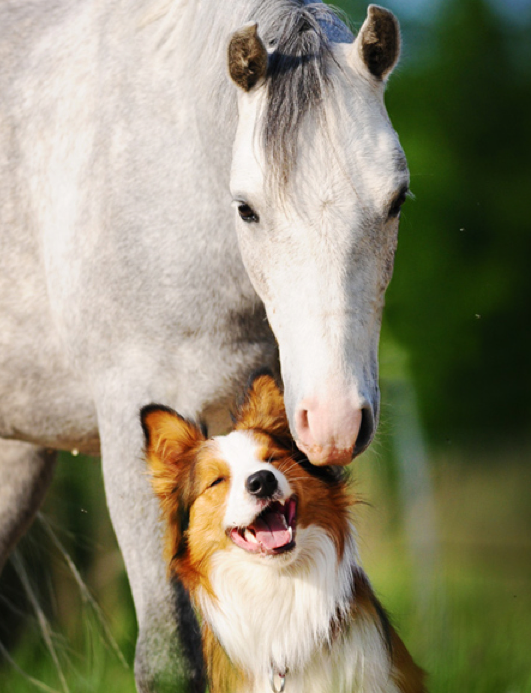