The Gentleperson’s Guide To Forum Spies Cryptome (Lambert). Be sure to read “Seventeen Techniques for Truth Suppression”

We are not ‘risk nutters’ stifling the recovery Andrew Haldane, Times (Richard Smith)

Neil Barofsky, the Democrat Taking Digs at Obama Bloomberg. Ha, the administration must be worried! I have an advance copy and am partway through, and they OUGHT to be worried. The book isn’t even out (the writer clearly has not read it) and they are already trying to go after Barofsky.

Sorry, Mitt Romney, You Can’t Be Chairman, CEO, And President Of A Company And Not Be Responsible For What It Does… Clusterstock

I’m only looking for fun –The Clash, White Man in the Hammersmith Palais

Occupy. NYPD watch: “A day after reports that DNA found at an Occupy Wall Street-affiliated protest had been matched to an unsolved murder case, a law enforcement official said the link was a lab mistake—and not a break.” Propaganda, however, catapulted.

AZ. ObamaCare: “But one incentive might persuade AZ’s policymakers to let the uninsured back into the Medicaid fold: cash — lots of it.”

DE. Corruption: “Officials in the Cayman Islands, a favorite Caribbean haunt of secretive hedge funds, say DE is today playing faster and looser than the offshore jurisdictions that raise hackles in Washington.”

FL. Money: “‘The road to Washington goes through Tallahassee — you have to win FL — and the road to Tallahassee goes through The Villages,’ said Rich Cole, the president of the The Villages Republican Club.” No TB there! … ObamaCare, voter: “They’re going to require all these people to have insurance, and they won’t be able to afford it and they won’t pay it, and I’ll have to pay for them. I’m working two jobs to keep my head above water. I can’t afford this.”

GA. Mass incarceration: “The hunger strike begun on June 11 by nine prisoners at GA’s Diagnostic and Classification prison… continues into its fifth week. Though reports published in the Atlanta Journal-Constitution declare the strike over, the families and one of the attorneys of inmates insist that the nine prisoners remain resolved.”

LA. Health care: “It’s not disputed that the FMAP fix Sen. Mary Landrieu, D-La., helped negotiate in 2010 was incorrectly drafted, resulting in roughly $4 billion more in funding than she and state officials had anticipated.” So now LA — more precisely, children, elders, and the pooor of LA — have to suffer to “pay it back.” “The cuts are an 11 percent reduction from LA’s $7.7 billion Medicaid budget that had been planned for the budget year that began July 1.”

MI. Fracking, corruption: “The emails show the competitors traded information about whether Encana was halting new land leasing in MI in 2010, and the information prompted Chesapeake to dramatically change its leasing strategy in subsequent weeks and helped send Michigan land prices tumbling from record highs.”

NY. Corruption: “It seems that if you want some quality time with a lawmaker, you have to hit the links — and pay a couple hundred bucks, to boot.” Golfing should be a bar to public office. Kidding!

PA. Corruption: “One of the [Freeh’s] exhibits … is a collection of handwritten notes that were reportedly taken in 1998 by Gary Schultz, a Penn State vice president, as police looked into a report that Sandusky had inappropriately touched a young boy in a locker room shower. … [Exhibit 2I ends with this: ‘Is this opening of pandora’s box? Other children?’” A depraved and indifferent power structure. Shocker, I know. … CDC Data: “One in four girls and one in six boys are sexually assaulted by the time they reach age 18. Those numbers are astounding and in many cases adults do not believe this problem is that prevalent. But it is that prevalent.” Corruption: “Mitt Romney’s Pennsylvania finance co-chair is convicted felon Bob Asher. The MontCo candy kingpin was convicted of political corruption and served a year in federal prison.”

TX. Fracking: “if you compare the location of disposal wells and earthquake events in Johnson County, you’ll find an interesting pattern. The two maps appear to match up.” Excellent citizen reporting.

VT. Solid waste: “So the unfolding story at [Green Mountain Compost] is one of enormous frustration for solid waste district officials as they deal with the discovery that almost all of the soil products — mainly compost in bags or by the yard, but also raised bed mix and other mixes using compost — test positive for the persistent herbicides picloram and clopyralid.” See especially this comment.

WI. Voting: “[Election Fairness] has filed an open records request July 2 with Rock County and Wisconsin’s 71 other counties. Its members seek to hand-count paper ballots in storage at counties around the state to determine whether results on paper ballots match electronic tabulations.” … Voting: “Waukesha County Clerk Kathy Nickolaus’ last-minute programming change to voting machines before the April 3 election – a change that may have triggered the computer error that stymied election night results reporting – was required by the Wisconsin Government Accountability Board, newly released emails show. However, a legally required public test of the equipment once that change was made to ensure it worked properly was not performed, according to the records.” .. Domestic terrorism: “Lang was arrested on May 25, 2011, after accidentally firing a gun in his motel room, then telling police that he planned to kill an abortion doctor at Planned Parenthood.” … Corruption: “Attorney Michael Maistelman has been removed from the embezzlement case against former Scott Walker aide Tim Russell because Maistelman is a ‘person of interest’ in the ongoing John Doe probe that resulted in the charges against his client, it was revealed Wednesday.” So the John Doe case is alive.

Outside baseball. Voting: “[T]he only apparent solution: Hand-marked paper ballots counted publicly, by hand, on Election Night, at the precinct, in front of all parties, observers and video cameras, with decentralized results posted at those precincts, before ballots are allowed to move anywhere.” … Class warfare: “It’s no wonder America’s industrial workers feel like they’ve been shunted aside—they have.” Maps, tables. (From Richard Florida, perpetrator of the “creative class” meme.) … Debt: “While it is clear the wealthy could pay more, they cannot solve America’s deficit on their own. For that to happen, the top rate would have to rise to 91 per cent.” As it was, from 1950 to 1963.

Americans Elect. The continuing fiasco: “Reportedly, national leaders of Americans Elect are planning to ask state officials to de-certify the party, in all the states in which the party is now ballot-qualified. However, there is no legal precedent that gives state or national party leaders the legal ability to take that step.”

Robama vs. Obomney. Now they tell him: “[OBAMA goes on Charlie Rose: T]he nature of this office is also to tell a story to the American people that gives them a sense of unity and purpose and optimism, especially during tough times.” Hopey change in 2008 was that exact story, so WTF? Also, too, the Unity Pony. Romney fires back: “Being president is not about telling stories.” Since “telling stories” is a euphemism for lying, Romney just whiffed on a high floater. … Legacy parties: Romney’s ads quote Hillary Clinton against Obama. Obama’s ads quote Chuck Grassley against Romney. It’s the narcissism of small differences!

Greens. PA: “Kensington is about the only spot in Philadelphia where registration is on the upswing. Since 2009, Green Party registrants in the 31st Ward, which includes Kensington, has grown 54 percent. And that’s in a city and a party where anything above 3 percent is considered a success.”

The trail. Independents: “Even on the issue of Romney’s record in business, independent voters are more sympathetic to the R. Among all voters, more thought that Romney in his work as a corporate investor did more to cut jobs than create them (42 percent to 36 percent). But among independents, that flips to a six point advantage for Romney – 43-37 percent.”

Romney. Tax return ploy: An oldie but goodie, but Obama seems to have pinned Romney to the mat with it. … Air war, Crossroads ad: “Over three years with crushing unemployment. American manufacturing shrinking again. President Obama’s plan? Spend more. He’s added $4 billion in debt every day. The economy is slowing, but our debt keeps growing.” Unemployment is the truth, and Obama buys the debt lie. … Latin@ teebee ad, Craig Romney: I want to tell you who my father is, Mitt Romney. He is a man of great convictions. He’s been married for over 40 years to my mom. Together they have five sons and 18 grandchildren,” Craig Romney said in the ad. “He loves our country greatly. What he has achieved has been through hard work – and it is with that same dedication that he will fight to get our country on the right track and create jobs.”

Bain flap. See HuffPo, the Globe (but see Fact Check and CJR) vs. Fortune. Especially see a delicious Henry Blodgett post; search the page for “Stericycle.” And this wrap-up in WaPo: Importantly, the D’s charge that Romney could be charged for a false SEC filing is “absurd” (although see again Fact Check).

Defining Romney: “[T]hings are reaching the point where the facts don’t really matter. …[T]he Bain cloud now hanging over the former Massachusetts governor is growing daily, and the Romney campaign still hasn’t found a compelling way to respond to what’s becoming the driving narrative, fairly [and/]or unfairly, of the 2012 campaign.” …. “The episode has a bit of a ‘Welcome to the NFL’ quality, and while it’s foolish to speculate whether Obama or his SuperPAC allies had a hand in the timing of stories or surfacing of research, Chicago showed its grasp of the rhythm of a general election, and Boston is reeling and flailing around to change the subject.” Then again: “variants of the Bain argument simply haven’t fared that well at the ballot box. … In [OH 2010], Ted Strickland savaged John Kasich with advertisements highlighting Kasich’s partnership with Lehman. … Kasich still won. [In PA 2010], Pat Toomey [who won] was on the receiving end of a nasty ad campaign tying him to Wall Street and outsourcing to China.”

From the Barcalounger: Romney’s 1999 – 2002 actions with Bain look to me like stuff seriously rich guys do: They become titular CEOs while their golden parachutes are constructed, and they fly around to board meetings. Exactly as with the Caymans, Obama will do the same, when he cashes in after leaving office. And given the Obama administration’s comprehensive destruction of the rule of law in the mortgage settlement, which puts a price on thousands of acts of criminal fraud, the D and career “progressive” pearl-clutching on a possible SEC violation looks even more morally and intellectually bankrupt than usual. Still, the meta: The Ds have been far more ruthless and feral than the Rs, which is new. If only Obama could have run on his record!

* 57 days ’til the Democratic National Convention ends with locally sourced rubber chicken on the floor of the Bank of America Stadium, Charlotte, NC. 57 varieties! 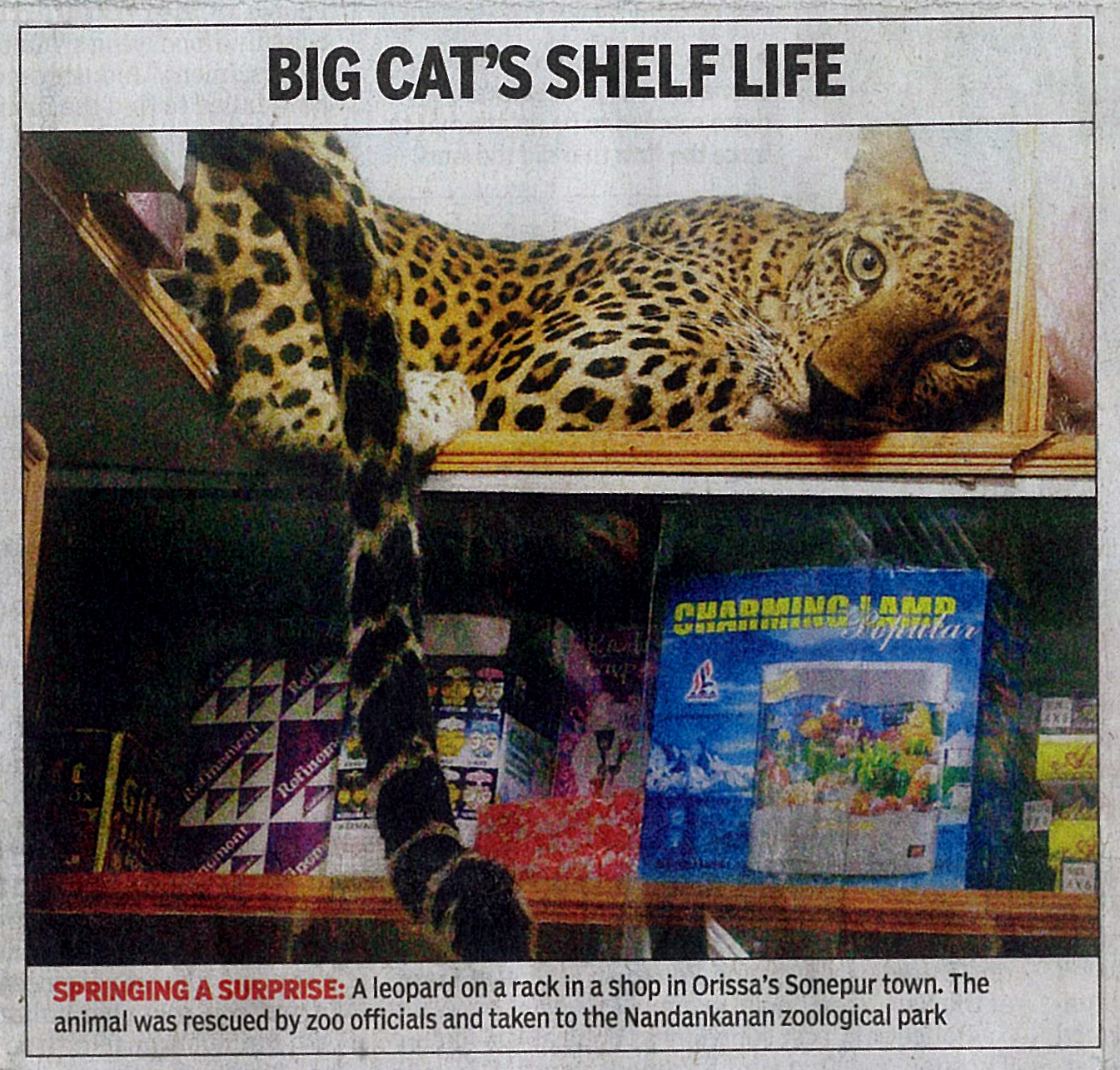