Lambert has a mini fundraiser on! He is seeking a modest $1200 to cover site costs before an upgrade. If you like his campaign coverage, I suggest you go pronto to wepay and give him a donation. If you are flush, $50 would be nice, if you are not so flush, even $5 helps him get closer to his goal.

Fukushima Radiation May Cause 1,300 Cancer Deaths, Study Finds Bloomberg. So much for those who pooh poohed people who raised health concerns. But very few deaths are expected in the US.

China’s Wen Warns Of Severe Job Outlook As Growth Yet To Rebound Bloomberg. I have no insight into what “severe” means when it comes from a Chinese leader, but in Japan, “severe” translated roughly as “really grim”.

Official *what* of the Olympics? The spirit of London 2012 in one obnoxious billboard. Lockerz (PM)

The Pentagon’s New Generation of Secret Military Bases Mother Jones. You need to read this. Deranged.

At the Forefront Once Again? Michael Panzner

What’s missing from Delaware’s settlement with MERS? Alison Frankel. Wow, she doesn’t get that the issue of whether the note can be separated from the lien isn’t settled. And the real issue with suits against MERS in general is MERS is the perfect front. Pretty much no assets, nothing to get. You need to find a theory to get the originators/deal sponsors on the hook along with MERS to get to meaningful damages, and that is not trivial.

Please, sir, may I have some more? –Charles Dickens, Oliver Twist

Montreal. Social strike: “The day after its congress, which took place on Saturday at University de Laval, [CLASSE] yesterday reaffirmed its determination to oppose “neoliberal policies” and to rally Quebeckers to its ‘social strike’ through dialog, whether or not elections take place.”

AK. The franchise: “Barbara Bachmeier is facing a problem that it’s unlikely many political candidates have had to face. How does she prove that, while she had no fixed address (she was homeless), she was living in the district she’s seeking to serve in the State House?”

CT. Public goods: “A Bridgeport high school teacher spoke of scrambling to find chalk, and of not having enough paper to give students during their final exams.” Second- or third-world. Compare and weep.

FL. Corruption: “When state Sen. Jack Latvala, R-Clearwater, held a fundraiser to promote his bid for Senate president, the invitation was straight and to the point: ‘No maximum amount.’” … Voting: “With a heady surge of voter approval over his handling of the voter purge, and a recent decision by DHS to give the state access to its immigration list, the R Party of FL sees a message moment.” So Obama’s DHS gave Scott a reach-around? Nice!

MA. Public goods: “I thanked the stars I live in a state, and city, that believes in the Common Good. We have striven not to gut our fire and police services, nor to force families to watch their homes burn to the ground with their pets inside for forgetting to pay a specific fee.”

ME. Landfill, offical shenanigains: State schedules two critical landfill expansion hearings at the same time, forcing citizens — though not lobbyists — to choose between them. Well done!

NC. Public relations: “In fundraising messages, the convention host committee has taken to calling the stadium where Obama will accept the D nomination ‘Panther Stadium’ rather than ‘Bank of America Stadium.’” Panther? Why not PUMA?

NY. Corruption: “[Cuomo’s] aides communicate with untraceable messages sent from BlackBerry to BlackBerry. Nothing delicate is shared using e-mail. And in-boxes are regularly wiped clean.” Just like Gov. Romney erasing those hard drives. … Fracking: “As head of the Department of Environmental Conservation’s Division of Mineral Resources, Bradley J. Field is a prominent figure in an agency that has promoted hydraulic fracturing as a risk-free and impeccably regulated technology with a proven track record in New York. Perhaps it’s relevant that Field also sees global warming as a good thing.” … Fracking: “Data on violations are not publicly available, making it impossible to be sure that the [Department of Environmental Conservation] is doing its job. The agency does not utilize complaints by citizens directly impacted by drilling to improve oversight.”

OH. Fracking: “[OBAMA:] … [T]he fact of the matter [#1] is that there are a lot of folks [#2] right now that are engaging in hydraulic fracking who are doing it safely.” Two tells: “Fact of the matter” signals a lie; “Folks” means “powerful insiders.”

PA. Fracking: “Some 40 of the 158 Pennsylvania aquifers his team studied were unusually salty, contaminated with brine from salt aquifers that occur at the same depth as fracking operations. Cracks in the rock must have allowed the brine to migrate hundreds of metres upwards. Gas from deep fracking operations could travel in the same way.” … Corruption: “The PA Office of Attorney General is investigating the PA Turnpike Commission for potential abuse-of-power practices, according to recently unsealed court documents.”

TX. Public good: “‘I think it’s huge that we got a judge to acknowledge that the atmosphere is a public trust asset and the air is a public trust asset,’ [lawyer Adam] Abrams said. ‘It’s the first time we’ve had verbage like this come out of one of these cases.’ Adam Abrams, one of the attorneys arguing the case against TCEQ, said Triana’s ruling could be used as a persuasive argument in lawsuits pending in 11 other states.” ..Corruption: “At first I hesitated because I know that is against regulations,” she said. “But I didn’t know what would happen to me if I said no.” That’s how impunity works.

VA. ObamaCare: “Foes object that VA can ill afford even $2.2 billion over the next 10 years. They also argue that Medicaid is broken. Provider payments are so low that 28% of doctors say they do not accept new Medicaid patients.” Easy peasy. Save the country $350 billion a year with single payer. … UVA kumbaya: “[SULLIVAN:] But it will also be necessary for us to pursue reconciliation with those with whom we differed, to repair relationships that have frayed and always to let civility replace hostility. To the extent that I am able, I will lead this effort by example.”

VT. Ballot access: “[A] Vermont Superior Court in Montpelier will hear Anderson v State of Vermont. This is the case filed by the Justice Party over Vermont’s awkward procedures for submitting [ballot access] petitions. … Rocky Anderson submitted the needed 1,000 valid signatures by the deadline but he is still not on the ballot because the town clerks took too long to check the signatures.”

WI. Public goods: “According to Vinny, a WTDY listener, when he asked Sen. Glenn Grothman ‘Why are you trying to destroy education in this state?’ Grothman’s answer, ‘It’s on the decline anyway.'” … Water: “The owners of the well have been told that they ‘needed to start boiling our water or buying water,’ per an email I had received. [T]he well owners have to pay for the testing and treatment of their wells out of pocket.” Read full story for corruption.

Outside baseball. Water, food: “Jeff Born, Northeastern: “[I]f you like bacon/pork you should buy it now, because by the fall you are going to be stunned at what it will cost.” Assuming, of course, I’ve got a freezer and can pay for the power to run it. No water, no corn. … Water, power: “‘The conflicts between energy and water needs are ones we’ve seen before … and will only worsen as the frequency of drought increases and water temperatures rise driven in part by climate change,’ said Ulla Reeves, regional program director at the Southern Alliance for Clean Energy.” … “The issues”: “Especially in a period of strong party polarization, the candidate’s party affiliation tells you just about everything you need to know about his or her issue stances.” Like Obama passing RomneyCare tells you there’s not a dime’s worth of difference.

Grand Bargain-™brand Catfood watch. Disability: “Some members of Congress have begun leveling accusations that rising enrollment in Social Security’s disability insurance program is evidence of growing American dependence on the government, and even a “slave” mentality. [And they should know] [Says CBO:] The rise in America’s ranks of disabled to 8.3 million in 2011 stems from an aging population, a surge in women workers, changes in the law in the 1980s and a terrible economy in which disabled people can’t find jobs.”

“The economy.” New normal: “Economists now expect the below-average growth that the [whose?] economy has been experiencing to continue for quite a while.” Yes but Bain, also too old white men.

The trail. What it takes: “Running for president is, in so many ways, having to tell one’s life story in a way that people can relate to. Once you consider that, you see why Maraniss writing about Obama’s storytelling is so important, and why Mitt Romney’s struggle to relate is not as frivolous as many might think.”

Robama vs. Obomney. One constituency: “[OBAMA:] If you’ve got a business, you didn’t build that. Somebody else made that happen.” True! … Another consituency: “[ROMNEY:] [I]nsulting to every entrepreneur and every innovator in America.” Also true! … For an excellent analysis of what happens when the two dominant ruling class factions succeed in mutually delegitimizing each other and hence, their class as a whole, see the Archdruid’s “The Distant Sound of Tumbrils”.

Ron Paul. The franchise: “[Paul’s] futile effort over the weekend to get enough delegate votes to secure a speaking spot at the convention marks the end of the road for the 76-year-old candidate.”

Romney. Tax returns: “[ROMNEY:] I pay all the taxes that are legally required and not a dollar more. I don’t think you want someone as the candidate for president who pays more taxes than he owes.” My father did just that, but never mind. … Oppo: “[ROMNEY:] I’m simply not enthusiastic about giving them hundreds or thousands of more pages to pick through, distort, and lie about.” I’m not 100% in schadenfreude mode here: Like the rest of us, Lord Richistan’s trapped in a situation where whatever he does is wrong and will be used against him. The game is rigged, so why not say “Two years of tax returns is all you get!” and kick over the board?

Obama. Race card: “Senate Majority Leader Harry Reid (D-Nev.) says a group of ‘angry old white men’ is bankrolling conservative outside groups that are spending millions to influence the fall elections.” If Reid, besides being “white” and “old,” had gotten “angry” and nuked the filibuster in 2009, the Ds wouldn’t be whining about how those mean Rs prevented them from passing legislation. … So wrong: “I think Obama is a jerk, a pantywaist, a lightweight, a blowhard. He hasn’t done a goddamn thing that he said he would do.” That’s far too charitable. But the Weekly Standard quoting In These Times is a turn-up for the books!

Bain flap. It’s working: “There are signs the negative ads and focused discussion on Romney’s business background are hurting the R in much the same way the attacks on John Kerry’s Vietnam service hurt the D nominee in the 2004 race, when national numbers held but key biographical metrics began to erode for Kerry.” … Discernment: Nuanced wrap-up from the essential CJR: “Some claims are too important to [fact] check.”

* 52 days until the Democratic National Convention ends with corvid pie on the floor of the Panther Stadium, Charlotte, NC. Let’s play 52-card pickup! 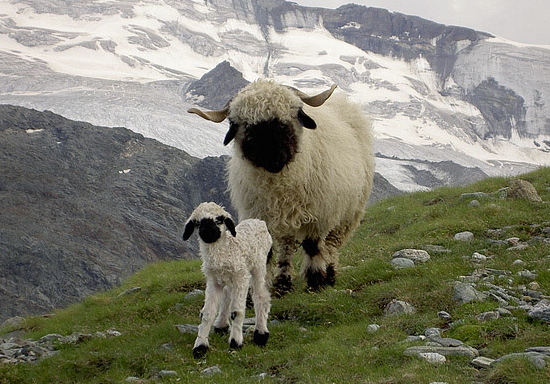