Wildfires burn across southern Europe BBC. I was in Dubrovnik just as the awful 2007 fires started. The authorities were very organized, they had helicopters dump water on the fires, but the area was too dry and the winds too strong to arrest the blaze.

Man with ‘world’s biggest penis’ stopped at SFO security SFGate. I am protecting the guilty and not telling you who sent me this one!

EFF: Americans may not realize it, but many are in a face recognition database now Network World

No unsecured funding please, we’re French A Fistful of Euros. Holey moley, how did the French banks manage this?

Geithner Lets the Cat Out of the Bag Marshall Auerback, New Economic Perspectives

At Some Point In The Future, BlackRock Might Sue Over Libor Manipulation Dealbreaker

Florida Poses New Worry for Obama Wall Street Journal. Serves him right. Do nothing for suffering homeowners and you’re surprised that you aren’t welcome in one of the ground zeros of the housing meltdown?

U.S. Speeds Its Selloff of Bailout Securities Wall Street Journal. As of now, the comments are derisive.

I mean, after all; you have to consider we’re only made out of dust. That’s admittedly not much to go on and we shouldn’t forget that. But even considering, I mean it’s a sort of bad beginning, we’re not doing too bad. So I personally have faith that even in this lousy situation we’re faced with we can make it. You get me? –Philip K. Dick, The Three Stigmata of Palmer Eldritch

Montreal. Manif: “Each month has its 22. This time, CLASSE invites all citizens to massively take to the streets to demonstrate not only in Montreal, but in each and every city in Quebec. Publish your region’s rallying spot on the event’s wall!”

CA. Corruption: “The Times has filed suit against the Los Angeles Memorial Coliseum Commission, accusing it of violating the state’s open meeting law by secretly deliberating a lease with USC for the landmark stadium.”

CO. Marijuana: “Obama could be jeopardizing his reelection bid with a dismissive and even hostile approach to marijuana reform, a top issue for tens of thousands of local residents, including many of the activists who powered his last campaign.” (Here’s Obama insulting his base in 2009.)

GA. ObamaCare: “[Georgia Public Health Commissioner Brenda Fitzgerald:] There’ll be a lot more demand for services and quite frankly, I don’t think that we have the physician workforce to meet that demand.”

IA. Water: “[I]f your grass has gone dormant, you should be watering your established trees and watering around the drop line to where the outer branches are.”

LA. Corruption: “Jon Johnson stood before a federal judge Wednesday morning, admitted to robbing the public for his own benefit, then resigned from the New Orleans City Council, dealing another black eye to a city known as a corrupt bog of LA politics.”

MA. 2016: “An Obama campaign official confirmed to the Globe Wednesday that US Senate candidate Elizabeth Warren is being considered as a possible keynote speaker for the Democratic National Convention.” Will she advocate criminal prosecution of top banksters for accounting control fraud? No?

MN. Voting: “Justice Anderson reasoned [in oral arguments on a voter ID suit] that since voting is a fundamental right enshrined in the constitution, it was ‘game, set, match’ that restrictions on fundamental rights were unconstitutional. He chided the petitioning groups for not making that argument.”

NC. Corruption: “Among the more colorful charges: [R state rep Stephen] LaRoque used thousands in government cash to buy Faberge eggs for his wife, and thousands more to buy an ice-skating rink, complete with Zamboni, for his wife and a stepdaughter.”

NY. Corruption: “[A]n environmental group released papers it says prove that members of the state Adirondack Park Agency had improper communications as they finished up the review process for the Adirondack Club and Resort.”

PA. Corruption: “[Steve Garban,] former chairman of the Penn State board of trustees resigned on Thursday, becoming the first board member to do so in the wake of the Jerry Sandusky child sex abuse scandal.” …. Fracking, retired schoolteacher: “There’s more traffic and there’s a change from what we are used to. But we have an abundant, cheap fuel that is driving down energy prices nationwide all while helping people in the area.” … Voting: “Pete DeCoursey [of] Capitolwire wrote that for years, he’s heard many Rs believe that tens of thousands of fraudulent votes are cast every presidential elections in Philadelphia, and this November they and everyone else will see if the D’s margin in the city is substantially reduced.” … Voting: “PennDot was telling Sherry Skramstad she could not get a PA driver’s license – the photo ID she will need to vote – unless she could document her name changes, requiring a 50-year-old marriage certificate from North Carolina and a 46-year-old divorce decree from Mexico.” … Also too, free beer in Philly.

TX. Guns: “Houston resident Thelma Taormina chased off her local electric maintenance guy with a gun because he was attempting to install a fancy new electric meter called a Smart Meter.” … We’re #1: “[Gainesville] was named the most patriotic [city] in America by USA Today.”

VA. UVA MOOCs, Darden Dean Bruner: “Venture capitalists and other “smart money” are pouring into the online aggregators because higher ed looks like a replay of what happened in the music and filmed entertainment industries: disintermediate the incumbent distributors and gain rights to distribute the content that someone else paid to develop.” … UVA MOOCs, faculty reports: “The task force, made up of 53 faculty and staff from across the university and the College at Wise, sampled nearly 200 individual online education efforts, including everything from supplemental materials to online degree programs.”

VT. Water, association: “Filling a key void in state and federal funding, the [Addison County Riverwatch Collaborative] records data on Addison County tributaries for government agencies. Otter Creek’s E. coli levels have been consistently high. E. coli levels in the Lemon Fair River were 15 times greater than they were last year at this time and about 8.5 times higher than the state water safety threshold for swimming.”

WI. Jobs: “WI lost an estimated 11,700 private sector jobs in June and the unemployment rate rose to 7 percent, the state Department of Workforce Development reported.” … Corruption: “Gov. Scott Walker is shaking up the leadership of the state’s flagship jobs agency [the quasi-public WEDC], putting someone from his inner circle into the No. 2 job in the aftermath of a mishandled bidding process that gave the appearance of favoritism [(!!)]to one of the bidding companies.” Ya know, “Bidding suspended” is just not the kind of subhead you ever want to see. … Debt peonage: “WI buyers will no longer receive vehicle titles if there are liens on their cars. Any vehicle title with a lien will go straight to the lien holder rather than the vehicle owner. Lien holders will be able to choose whether they want to receive either paper or electronic title.”

Outside baseball. Stay classy: “‘Neil, I have been the most f*cking transparent secretary of the Treasury in this country’s entire f*cking history!’ Geithner erupted, in an episode that had Barofsky wondering if Geithner was going to ‘throttle’ him. At the time, Barofsky was the special inspector general in charge of oversight of the TARP.” … Food: “In New York City alone, 50 percent of seniors age 60 and older who are eligible don’t get the benefit.” … Public goods: “Health officials say the nation is on track to have the worst year for whooping cough in more than five decades.” … Corporate persons: “[A] robust understanding of corporate personhood, so evident in Supreme Court decisions such as Citizens United, applies with equal force to [Alien Tort Statute] claims against corporations. That is, the same corporations that are persons entitled to constitutional protection, are also persons responsible for providing remedies when their agents violate international law.” … Media critique: “ABC’s and NBC’s nightly newscasts completely ignored the enormous Libor scandal during the first two weeks of the story.” … Legacy parties: “That the parties warring for power in 1876 would be the same ones (more or less) doing so in 2012 would likely have seemed pretty remarkable to political observers at the time.” extraordinary image of the history of parties, 1789-1880.

“The economy.” New normal: “Obama’s die is almost certainly cast. With just over 100 days before the election, the president will go to the polls in an economy stuck somewhere between recovery and double-dip recession. It is hard to imagine it could get any murkier. Yet, as Mr Bernanke implied, it is highly unlikely visibility will suddenly improve.” No helicopters. … New normal: “[V]oters’ perception about the economy is likely to harden by the end of the summer, if history is any guide.”

The trail. Black turnout: “Assuming no change in 2008 voting patterns, Urban League researchers said, Black turnout at about 60 percent or below could cost Obama the state of NC and make it difficult for him to win OH and VA.” … Razor thin margin: “President Obama and Republican Mitt Romney are in a statistical dead heat in an NPR poll of likely voters nationwide. And in the nation’s battleground states, the preference is an actual tie: 46% favor Obama, and 46% back Romney.”

Romney. #FAIL: “The thing is that the weed smoking/badpoetry writing/Bill Ayers/Rev Wright line of attack is only going to work with the GOP base.” Dead woman, live boy. … #FAIL: “‘We’ve given all you people need to know,’ said Ann Romney on ‘Good Morning America’ Thursday, asked about the Romney tax returns.” Note “the Romney tax returns.” Officially an issue, so losing the political class … Then again, Did she go there? Listen and decide.

Obama. Teed up: “Bottom line, per the campaign’s guidance: Obama will argue that Romney — through his support for the Ryan budget plan — advocates ending Medicare ‘as we know it.'” … Defining Romney: “Obama managed to pivot away [how?] from a third consecutive tepid jobs report by ramping up calls for Romney to release more tax returns — drawing the attention of the media from what could have been more days of focus on the president’s record.” Wining the political class! … Money: “For the super PAC supporting President Barack Obama, there are plenty of potential recruits who can write multimillion-dollar checks — just few who have stepped forward.” … #FAIL at Century Village : “[OBAMA:] I don’t believe you can reduce the deficit without asking the wealthiest Americans to give up the tax cuts they’ve enjoyed.” Taxes don’t fund spending. We need more spending not less. Other than that…. Stay classy: “The president was to spend the night at The Ritz-Carlton.” … Birthday boy: “There is a hefty price tag–$40,000–for the fund-raiser at the Kenwood home of President Barack Obama and First Lady Michelle on Aug. 12. It is one of three being held that day, all with the theme of helping Obama celebrate his Aug. 4 birthday.”

Tax flap. Top 10 theories, #9: “A minority stake in The Apprentice that finally explains the whole keeping Donald Trump around thing.” … Timing: ” In just over a week, the London Olympics will kick off. If you’re going to release more embarrassing tax returns, maybe that would be the ideal time?”

* 50 days until the Democratic National Convention ends with lots and lots of expensive High Fructose Corn Syrup on the floor of the Panther Stadium, Charlotte, NC. 50 shades of… Well, not grey.

Antidote du jour. I am appeasing YankeeFrank, who had a bit of a rant yesterday about NC and the blogosphere generally having a pro cat bias. He tried to make that mean we didn’t like having pets we could bond with, or somesuch. He’s clearly never met an Abyssinian. They are very demonstrative and they care enough about what their owners think that I’ve been able to train ones I get young enough to walk on a leash (albeit not as well as a dog, but they get that walking is directional and means staying on the path/sidewalk). 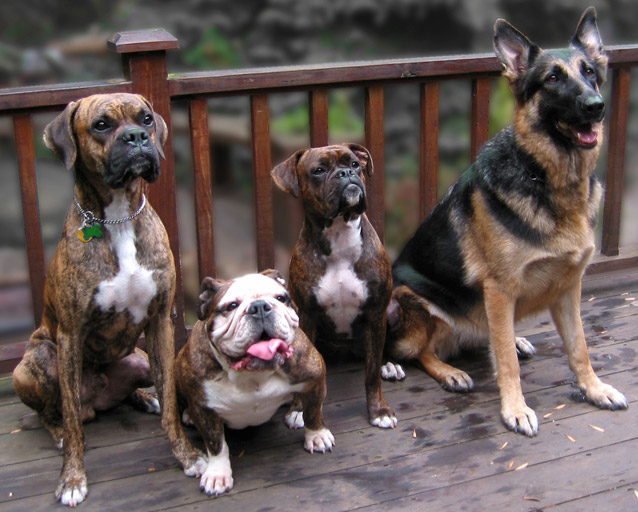