Choking dog saves its own life by dialling 999 Sun. Even more impressive than you’d think. Go look at the pix.

Aging Japan-Chinese Workers Drive Jobs To Southeast Asia Bloomberg. I hate headlines like this. Workers most decidedly do not send jobs abroad. Their bosses do.

Japan Inc. is on the march again Financial Times

What the EIB makes the ECB unmakes: The latest from the Greek front Yanis Varoufakis

For Want of a Nail, the Ship Was Lost London Banker (Richard Smith, jo6pak)

THE NONSENSE INVASION OF KNOWLEDGE, FROM ELIZABETH WARREN TO CLIMATEGATE and GETTING WARMER… Moe Tkacik

U.S. poverty on track to rise to highest since 1960s Associated Press (Hugh)

The Minimum Wage Is So Low That It’s Immoral – and Foolish Richard Eskow, Huffington Post

US lawmakers propose greater SEC powers Financial Times. Yes, but the SEC does not want them. They are complaining about their Dodd-Frank-given improved enforcement authority under Sarbanes Oxley, for instance.

You don’t have to fall for groupthink to survive John Dizard, Financial Times

The Great Charter, Its Fate, and Ours Noam Chomsky, TomDispatch

The man who is possessed of wealth, who lolls on his sofa or rolls in his carriage, cannot judge the wants or feelings of the day-laborer. The government we mean to erect is intended to last for ages. — James Madison

This Week with George Stephanoplous as told to The Bobblespeak Translations: “STEPHANOPOULOS: Mayor Bloomberg called for less guns while others have said we need more guns HICKENLOOPER: if he didn’t buy guns he would have gone into that movie theatre and punched or stabbed people”

Occupy. Madison, WI: “Occupy Madison members have now set up camp in Lake Farm Park on Madison’s south side. At a picnic over the weekend, the group talked about how the homeless can live out of tents legally in Dane County. [E]very two weeks those campers have to pack up and move out for a couple days before coming back.”

CA. Top two voting: “Already, I have heard from fellow Ds in the district that they have given up on voting in 2012. My choices are not between [conservative Rs] Gaines or Pugno, but whether to vote at all.” … Police shooting: “Two [Anaheim] police officers have been placed on paid leave after one of them fatally shot an unarmed man as he attempted to flee on foot in a residential alleyway, police Chief John Welter said Sunday.” … Police shooting: “A police shooting that left a man dead led to a near-riot Saturday as angry witnesses threw bottles at officers who responded with tear gas and beanbag rounds [and rubber bullets and K-9 dogs]. Four people told [reporter Jay] Jackson that police offered to buy their cell phone video.”

CO. Perspective: “First, we are a less violent nation now than we’ve been in over forty years. Second, for all the attention given to America’s culture of guns, ownership of firearms is at or near all-time lows. The total effects of these trends on opinion and policy remain to be seen, but one thing is clear: they defy easy ideological explanation.” … Perspective: “[OBAMA: ] We can all understand what it would be to have somebody that we love taken from us in this fashion.” What, in a mass shooting by a gunman using automatic weapons?! … From Columbine to Aurora: “I remember the emotions [during the lockdown]: the feeling of being trapped, afraid and powerless, like the ground had just vacated the area beneath your feet and the only thing left was infinite gravity, slowly crushing your every fiber, daring you to move so that it could crush a little more.” Zeitgeist watch. … Public good: “[Holmes] emailed an application to join the Lead Valley Range in Byers on June 25 in which he said he was not a user of illegal drugs or a convicted felon, said [gun range] owner Glenn Rotkovich. When Rotkovich called to invite him to a mandatory orientation the following week, he said he heard a message on Holmes’ voice mail that was ‘bizarre — guttural, freakish at best.’ He left two other messages but eventually told his staff to watch out for Holmes at the July 1 orientation and not to accept him into the club, Rotkovich said.” … Proposal: “Get them out of the union.” … History lesson: “[Denver] ‘Relief Strike Riot’ of October 30, 1934.”

FL. Public good: “Golden Retreat Shelter Care, the Jacksonville assisted-living home that spawned the largest tuberculosis outbreak in recent American history, packed residents into cramped, dirty rooms and failed to keep adequate track of tenants’ health. Yet the state regulators who chronicled problems at the home have allowed it to operate largely unchecked for the past decade, records show.” … Public good: “Progress Florida customers pay the highest rates of any investor-owned utility in the state. A significant part of the Florida customers’ bills relate to nuclear costs, though the utility has not — and will not — produce any nuclear power in the state for years.” … Candidate: “Former D U.S. Rep. Alan Grayson now is aiming for the newly configured and D-friendly 9th Congressional District, south of Orlando.” … The trail: “This is a place where calling the daughter of Cuban parents a ‘Nicaraguan’ is a slur even though she was born in Nicaragua and says so on her website.”

GA. Tax returns: “56 state legislative candidates have had problems paying their taxes on time, leading to more than $1 million in local, state and federal tax liens. Many have paid them off, while others still owe.”

IA. The economy: “Roughly two years after Iowa City installed donation meters [like parking meters] to reduce panhandling on the Pedestrian Mall, the begging hasn’t stopped. Between June 1, 2010, and July 1, 2012, the donation meters collected only $2,177.95.”

KS. Water: “Have a long probe — I use a plant stake — and drive it into the ground around your trees and shrubs to be sure they’re watered 12 to 18 inches down.”

LA. Kleptocracy: “In March 2011, almost three years after investing $45 million in Fletcher, trustees of the Firefighters’ Retirement System learned that the value of the holdings had grown to $63.7 million. Days later, they filed a request to cash out $17 million of their investment to capture a portion of the profit. That same month, the Municipal Employees’ Retirement System made a similar request, to redeem $15 million. Initially, Fletcher said the requests would be fulfilled after 60 days. But before that time had passed, Fletcher told fund officials that they would instead be issued two-year promissory notes for the money.” You know the rest.

ME. Party loyalty: “The Democratic Senatorial Campaign Committee web page lists ‘races to watch.’ [T]he entry for ME discusses independent candidate Angus King in a positive manner, but does not discuss the D nominee, Cynthia Dill.”

NY. Water, farmer: “It’s tough, I gotta say, but if you have an irrigation source for veggies, this is the exact weather you want. You can speed plant and there’s more control, so most veggie growers are elated. We were elated, but now it’s getting to be too much for our system.”

OH. Fracking: “Dozens of community members against fracking packed council chambers to show their support of a proposed community-rights based ban on fracking. ‘It’s a community bill of rights that recognizes that the members of the community have certain rights, and that to protect those rights they have democratic authority to prohibit activities that would violate those rights,’ said Ben Price, Community Environmental Legal Defense Fund.” Huge, since applies also to food, and much else. … Corruption: “Listeners hypnotized by talk radio may actually believe government and business are enemies. The truth is, they’re partners — if a business hires the right matchmaker. It’s just a matter of whether your highways are concrete or asphalt. The rest is theatrics.”

TN. Knuckle-draggers: “[R] Gov. Bill Haslam met with prominent Williamson County Rs last week, not long after [they] adopted a resolution criticizing him for the hiring of a Muslim in the Department of Economic and Community Development.

WI. Corruption: “United Contracting has a safety record so poor that the painting company is on a federal list of 273 employers classified as ‘severe violators’ of safety standards for workers. In April, Gov. Scott Walker signed a $175,000 contract for the company to repaint a bridge near Appleton. [T]he local bridge contract was touted as part of the governor’s ‘efforts to create jobs and make sure Wisconsin is open for business.'” … Privatization: “[The quasi-private WEDC,] the state’s new flagship jobs agency is projected to spend $14 million more [than it takes in] this year, according to its own estimates. Walker has championed WEDC [as] a more nimble and effective replacement for the state Department of Commerce and putting it at the center of his efforts to create 250,000 jobs by the end of his four-year term in January 2015.” Nobody could have predicted.

Grand Bargain™-brand Catfood watch. Planted story: “Australian foreign minister [Bob Carr] has privately warned Republican presidential candidate Mitt Romney that foreign leaders see ‘America in decline,’ according to Romney. Romney says Carr suggested that America could improve that international perception ‘with one budget deal’ that helps balance the budget.” … Stasis: “‘All the heated and increasingly bitter rhetoric means everybody is digging in their heels deeper, which does not bode well for a grand or even mini-bargain in the lame duck,’ said Mackenzie Eaglen, a defense analyst at the conservative-leaning AEI. ‘It definitely means nothing will happen before [the election].'”

Jobs. Stories: “‘It was hard. … I really liked school,’ said Sanchez, who has three younger siblings. ‘But if I didn’t bring in some money, we’d lose our house.'”

“The economy.” Modifiers matter: “Whose economy are they talking about?” I’ve been saying “When you hear ‘the economy’ ask ‘Whose economy?'” for years, so it’s nice to have at least one ally in this lonely crusade.

The trail. Why not: “Human candidates have had their chance in Washington, with dubious results of late: nowhere does it say in the Constitution that the president cannot be a cat.” Sneaky Pie for President, Rita Mae Brown. … Back to normal today after Aurora shooting pause.

Outside baseball. Ladies of negotiable affection: “The U.S. military said on Wednesday it would not pursue criminal charges against 10 service members implicated in the Secret Service prostitution scandal in Colombia.” Bad apples! Suffered enough! Look forward and not back! … Write your own caption: “Pork belly stuffed with pig brains and a pig’s blood ice cream sundae would have been unthinkable additions to Washington’s staid dining scene 12 years ago.” … Hope, except not: “From a Will.i.am song to the arty [Fairey] ‘Hope’ poster, President Obama’s 2008 campaign capitalized on several pop-culture hits to spread its message. But four years later, images of similar influence have yet to emerge in the 2012 campaign. Grassroots artists — who created countless pieces of media for the 2008 Obama campaign — remain muted for both candidates thus far. ”

Romney. Tax return flap, vetting: “A top campaign official who worked for Sen. John McCain’s (R-Ariz.) 2008 presidential bid and helped select his running mate said Sunday that Mitt Romney’s tax returns ‘do not look anything like the average American,’ but held nothing which prevented him from being on the ticket.‘” … Tax return flap: “5 reasons the Mitt Romney tax controversy won’t go away.” Read it, the shorter: July’s story, Romney’s losing the political class. … Bain flap: Google searches on “Bain” up. In swing states.

* 48 days until the Democratic National Convention ends with a bottles of dry water and dead flies on the floor of the Panther Stadium, Charlotte, NC. The lower 48! 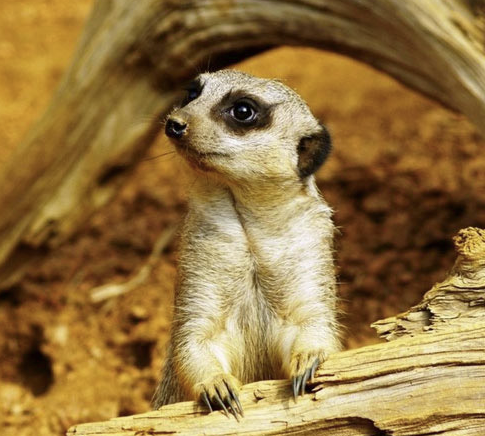