Verizon situation finally better, but I am behind. Thanks for all the advice and concern.

Tough times ahead for US orchestras BBC

Europe is sleepwalking towards imminent disaster, warn top economists Ambrose Evans-Pritchard. AEP says the economists say there are only days to avert disaster (as in passing an event horizon) and I’ve heard others I find credible say the same thing. All the regions on the Mediterranean have applied for aid, including Catalonia (and this with Barcelona supposedly being in better shape than Madrid). Spain is close to being locked out of markets.

A Mental Experiment for establishing the relative mood for solving the Crisis in Europe, in Britain & in the USA Yanis Varoufakis

How a $140 bill snowballed into foreclosure MSNBC

Death of ‘risk on, risk off’ behaviour Financial Times

“Sovereign is he who decides on the exception.” –Carl Schmitt

CA. Foreclosure: “[T]wo bankrupt Californian cities of Fontana and Ontario in San Bernardino County offer a bracing jolt to Washington’s passivity. Where the Obama administration has largely failed [succeeded] to ease the foreclosure crisis, the two cities recently announced plans to seize loans on ‘underwater’ homes (those valued at less than the mortgages). The two were driven to bankruptcy largely by mass foreclosures, which shut down communities and killed economic activity. In despair at banks’ reluctance to renegotiate mortgages, they plan forcibly to buy and restructure them.”

FL. New normal: “[T]he jobs picture is set to remain bleak through 2016, a team of state economists said Monday.” … Public good: “Miami-Dade County’s three main water treatment plants and 7,700 miles of pipelines are so outdated it would take an initial installment of more than $1.1 billion just to replace the ‘most deteriorated vulnerable sections’ of the system.” … Corruption: “Florida received the third-highest amount of energy-related stimulus money in the nation but ranks nearly last in the amount spent thus far on the programs, according to an audit.”

ME. Health care: “Hospitals are failing to report many cases of patients being harmed during medical treatment, even in states such as Maine where reporting is mandatory, according to a new national study. The study was an update to another Office of Inspector General report that found 27 percent of Medicare beneficiaries hospitalized in October 2008 were harmed during medical treatment.”

OH. Fracking: “After the teach-in, concerned citizens went inside en masse and grouped around the officials standing around. When answers to questions were inadequate, listeners held up signs that gave failing letter grades or stated [for example] ‘Follow the law’…”

PA. Voting: “The stipulation [by the plaintiffs and the state of PA (!!)] agrees, in plain language, that there has never been a known case of in-person voter fraud — the only type of voter fraud that can even possibly be deterred by such restrictions — in the history of the Keystone State, or even in other states, for that matter.” … Extractive economy: “A Pittsburgh area coke plant has agreed to pay a $1.75 million fine to settle pollution violations . The county says the operation was cited 114 times last year for excessive emissions.”

TN. Na-na-na-na, na-na-na-na: “The current promotion of [sharia law and Agenda 21] by [R] Governor Haslam and members of his administration has led the R Party of TN into a crisis of conflict.”

TX. Fracking: “Earlier this year, a study led by Dr. Charles ‘Chip’ Groat for the Energy Institute at the University of Texas at Austin made headlines for saying there was no link between fracking and groundwater contamination. Groat received more than $400,000 from a drilling company last year alone, more than double his salary at the University. And one of the shales examined in Groat’s fracking study is currently being drilled by the company.” … Drones: “[Rep. Ted Poe legislation] would require judicial warrants before an agency could use a drone, and restricts the use of drones by state or local agencies ‘except in connection with the investigation of a felony.’ The legislation also states that no ‘private personcan surveil another individual without consent.'” … Fracking: “NIOSH says [fracking sand] silica dust levels exceeded government safety standards at every fracking site they tested. Breathing silica dust can cause silicosis, an incurable lung disease, and increases the risk of lung cancer.”

VA. Land use: “The federal government and the banking system have stopped bankrolling sprawl because the federal government must cut spending or risk triggering a catastrophic fiscal crisis. With constrained finances of their own, state and local governments can no longer afford to maintain land use patterns that intensify traffic congestion and create unbearable fiscal strain.” True? … Horse race: “The Romney and Obama campaigns each now have 24 offices across the state. A poll released last week showed the two candidates tied in Virginia.” … Food: “The summer presents a challenge for the [Foodbank of Southeastern Virginia]: fewer food drives means fewer donations, but with the kids out of school for the summer, the need increases.”

WI. Recall: “State Sen. Tim Cullen, a moderate D from Janesville, broke with his party’s caucus Tuesday, saying he may become an independent over what he felt were political ‘insults’ by the Senate majority leader. Democrats will still hold a slim majority: 16-15-1.” But see One Wisconsin’s statement.

Outside baseball. Corruption: “[JACK ABRAMOFF:] Outside our capital city (and its ever-prosperous contiguous counties), the campaign contributions of special interests are rightly seen as nothing but bribes.” … Extractive economy: “[T]he current gas storage glut can recede. In fact it already has been and at an alarmingly brisk pace and there may be a confluence of other events which could hasten the process.” Also, nobody knows how long production lasts. … Drones: “Precision guided munitions and drones give you a society with perpetual asymmetric wars.” Until they aren’t. … Role of government: “A record number of Americans express skepticism about the activist role of government Obama espouses [ha ha ha]; 61% say the government is trying to do too many things that should be left to individuals and businesses. That’s the highest number since Gallup began asking the question in 1992.” … Obamacare: “A new report by the Congressional Budget Office says 3 million fewer patients than originally estimated will receive health insurance coverage as a result of the SCOTUS decision, which pulled the teeth out of the part of the law that would have induced states to significantly expand their Medicaid rolls.” Maybe Obama’s shills could finally stop talking about “universal care”? … Toponyms: “Rep. Darrell Issa (R-Calif.) is floating legislation that would name most U.S. coastal waters after former President Ronald Reagan.” … Masquerade protests: Worldwide photo roundup.

Jobs. New normal: ” If all goes as planned, the Republican-led U.S. House will vote this week on legislation to bar federal agencies from taking major regulatory action until the monthly unemployment rates drop to 6 percent or below.” See the incentives? Also, a terrible typo.

Grand Bargain™-Brand Catfood watch. “[At Politico] we’re getting the sense from operatives and key players in swing states that the fight over automatic cuts could really blow up in the months before the election.”

The trail. Legacy parties: “Over the next four months, you have a choice to make. Not just between two political parties, or even two people. It’s a choice between two very different plans for our country.” Well, four, including Jill Stein and Gary Goode. But whatever. … Media critique: “Since May 1st, R newsmakers have received more coverage on major issues than have Ds. In major print outlets, the gap is even more severe” (with handy chart). … Water: “We found a surprisingly strong and clear tendency for voters to punish the president’s party when their states were too wet or too dry.” … Undecided voters: “[B]oth sides agree [that this year there is] an unusually small number of genuinely undecided voters. ‘It’s probably, on the low end, 6%, and on the high end, 10%,’ said one top campaign operative. That’s lower than four years ago.”

Robama vs. Obomney watch. Jobs: Romney spokeshole: “President Obama believes that government creates jobs, not hard-working entrepreneurs and small-business owners.” They’re lying. White House transcript: “[OBAMA:] Government can’t replace — can’t create jobs to replace the millions that we lost in the recession.” He’s lyin. Government can and has created jobs. Gun nuts: “[BOEHNER:] The president has made clear that he is [against using this tragedy] to push for new gun laws, I agree.”

Gary Johnson. Spoiler: “Recent polling that included [Gary Johnson] showed him drawing 9% of the vote in AZ, 7% in CO and NH — and 13% in his home state of NM. All of these are key swing states [oh?]. And such numbers give Johnson the chance to be a giant killer in the 2012 race. But the question is, which giant?” … But be suspcious of early polling for third parties.

Romney. White man’s burden: “[Romney advisor:] We are part of an Anglo-Saxon heritage, and he feels that the special relationship is special. The White House didn’t fully appreciate the shared history we have.” Because Obama’s Kenyan, right?

Obama. “You didn’t build that” flap: “Obama says Mitt is ‘knowingly twisting my words.’ The defensive reaction from the Obama team is strong–a sure sign that they are concerned about the new Romney attack. This episode shows–among other things–how hard it is to craft comments that are parse-proof.” There’s ain’t no cryin’ in baseball. … Post-literacy: “Obama’s YouTube feed, established in September 2006 when he was still just a senator for Illinois, now stands at 204,048,235 views. The scale of viewing underlines the growing importance of video as a political communications tool, as well as Obama’s own personal dominance in utilising the form.”

* 46 days until the Democratic National Convention ends with a swell feed of food-like products on the floor of the Panther Stadium, Charlotte, NC. There are 46 human chromosomes. 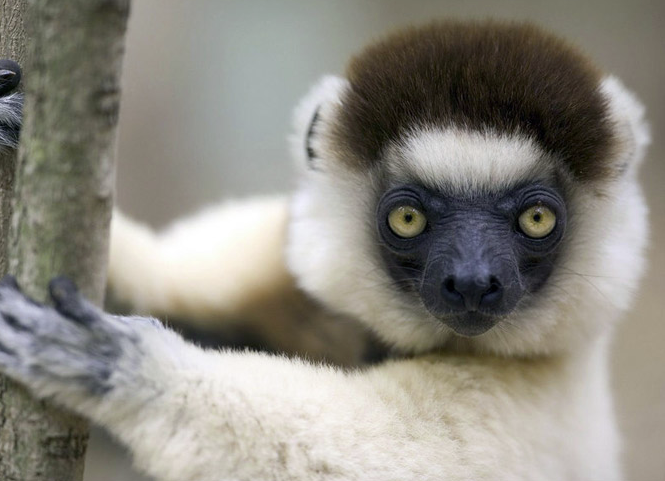