Environment: The end of the line: Many of the world’s best-known fish and whales are in danger of extinction Financial Times

Go Back You Fool! An Irish Sailing Common Dreams (Aquifer)

The Airport Baggage Carousel Is Not A Good Napping Spot Consumerist

Defiant Pussy Riot tell court: we are freer than those who prosecute us Independent

NPR Planet Money Host Adam Davidson Under Fire from Rogue Media Ethicists New York Observer. This is important validation. And the Observer is read by NYC journalists. It might rattle the Times if a lot of readers sent this to its ombudsman as well as its editor in chief.

Bonds for the Long Run Barry Ritholtz. Although he’s right about Siegel, I disagree with the driver of the cult of equities. There was an Ibbotsen and Sinquefield study that was published in the 1980s that argued that equities provided a 7% return premium over the risk-free rate. That 7% was gospel for quite a while.

Obama, Not Reid, Should Be Taking on Mitt Romney’s Tax Record Matt Taibbi

Neil Barofsky on ‘Foaming the Landing’ for Banks PBS Newshour

FHFA’s Stand Against Eminent Domain Plans Likely to Prevail American Banker. Wow, this is an embarrassing article. While yours truly said yesterday FHFA could make lots of trouble by threatening to end Fannie and Freddie loans in jurisdictions that did mortgage condemnations, this article goes on the premise that the GSEs are Federal entities. No they aren’t, they are private companies.

Osborne lobbies Geithner on StanChart Financial Times. This is getting funnier with every passing moment. Get a map! Washington is not Albany! Geithner has no leverage over Cuomo. I know the protocol is to call your counterparty and Osborne does need to tell SCB he did what he could, but if he thinks this will accomplish something, he’s got it wrong.

Much less is it adviseable for a Person to go thither [to America], who has no other Quality to recommend him but his Birth. In Europe it has indeed its Value; but it is a Commodity that cannot be carried to a worse Market than that of America, where people do not inquire concerning a Stranger, What is he? but, What can he do? –Ben Franklin, Information to Those Who Would Remove to America

Montreal. Carré rouge: Across Montreal little red squares, sprayed on sidewalk corners, drawn into bus stop walls, or pinned to shirts, speak to the historic nature of Quebec’s ongoing political crisis sparked by a massive student strike.” … Gabriel Nadeau-Dubois resigns as CLASSE co-spokesperson: “The CLASSE, with or without me, will continue to accomplish great things: I am not, and have never been, a leader. Through leaving, I will prove this beyond doubt.I am leaving, but the movement will carry on. What I am leaving is not the mobilization, the struggle, nor the CLASSE: I am leaving my role of spokesperson. I will still be at your side, in the street and in assemblies.

Occupy. Tinpot tyrants: “David C. Gorczynski [of Occupy Easton (PA) was arrested after walking into a pair of city banks and displaying two signs, one reading, ‘You’re being robbed,’ [true] the other reading, ‘Give a man a gun, he can rob a bank. Give a man a bank, he can rob a country,’ [true] authorities have said. Gorczynski is charged with felony attempted robbery as well as lesser charges of making terroristic threats and disorderly conduct.” A felony? For a sign? What’s wrong with these people?

CA. Police killings: “The man began charging at the officers with the [aluminum baseball] bat raised toward them, and fearing for their lives the officers shot him several times, according to police. [The man] died from his injuries.”

CO. Fracking: “A petition for an anti-fracking ballot issue, filed July 20 by the group “Our Health, Our Future, Our Longmont,” has enough signatures to go before voters in November, [the] City Clerk announced. The measure would amend the city charter to ban hydraulic fracturing, or ‘fracking.'” (mr)

FL. Voting: “The DOJ sent subpoenas to nine of FL’s county election supervisors, demanding extensive information as to how the counties may have sought to remove non-citizens from the voter rolls. ” … RNCon: “GOProud, the org of gay conservatives, is holding an event at the RNCon called ‘Homocon 2012.'”

IA. Disemployment: “The self-help computer kiosks that have replaced three dozen IA unemployment offices do not adequately provide access to services for job seekers, an unreleased report by the U.S. Department of Labor shows. … Wind: “The lines are now drawn on a political hot button in Iowa: a lucrative tax break for wind energy. Romney is against it, Obama favors it. [IA]has more wind energy jobs than any other state in the nation.” Wind is big in CO too. … Memories: “DNC Chair Debbie Wasserman Schultz will be at the IA D’s booth on Friday, August 10, from 11:30 to noon. Last year members of the advocacy group Iowa Citizens for Community Improvement confronted Wasserman Schultz during her State Fair appearance, [which] contributed to IA D Chair Sue Dvorsky’s public denunciation of Iowa CCI shortly thereafter.”

LA. Market state: “[C]harters have expanded in New Orleans to the point where they educate nearly 80% of the city’s public school students. “

MD. Foreclosure: “The rate of new foreclosure filings in MD far exceeded any other state’s this spring, a spike caused in large part by the national robo-signing legal settlement that unleashed a flood of new cases. Almost 20 in every 1,000 home loans in Maryland — twice the national average — were drawn into the foreclosure process during April, May and June.”

MI. Referendum: “The MI Board of State Canvassers met today in Lansing and followed the order given to them by the state Supreme Court to put the repeal of Public Act 4 – our state’s anti-democratic Emergency Manager Law – on the November ballot.”

NC. DNCon: “Labor unions aren’t slated to sponsor any official convention events, according to a recent convention itinerary obtained by POLITICO. Unions are also refusing to put up the money to back get-out-the-vote efforts they’ve funded in the past.”

NV. Disemployment: “Even by Las Vegas standards, it was a shocking billboard: A mannequin dangling on a hangman’s noose below a black sign with the ominous words ‘Dying for Work.’ Sebring Frehner, an Occupy supporter… told The Associated Press he didn’t know who put the hangmen up, but applauded the message behind it. ‘People saying it’s in bad taste are living sheltered lives and don’t pay attention to what affects the working class,’ he said.” Fascinating AP goes to Occupy for a quote.

NY. Leading indicators: “In recent months, authorities have reported a rash of [metal] thefts. From copper wiring at electrical substations to manhole and catch basin covers to one brazen episode where thieves chopped away a 250 pound block of metal from a bridge. Syracuse schools have been targeted with thousands of dollars in thefts from campuses across the city.” Tweakers, a rotten economy, or both.

TX. Public good: “The expansion of Houston Metro got another boost from the federal government with the allocation of $188 million in additional construction funding for the North and Southeast light rail lines.”

WI. Police blotter: “A unicyclist allegedly selling marijuana downtown was arrested when he pulled numerous bags of pot out of his shorts, claiming it was for his personal use.”

“The Economy.” Disemployment: “The recovery looks safe for those of us who are not already screwed.” Especially in the swing states!

Outside Baseball. Education, snark watch: “The reason reformers keep saying that it is ‘for the children,’ is because it’s not.”

Green Party.Ballot access: “Today the Stein campaign announced success in petition drives led by Greens and Volunteers for Jill Stein groups in AK, KS, MD, WA, and WI. In each of these states, state elections authories have received more than enough qualified signatures to place the Green Party or the Stein/Honkala ticket on the ballot.” … TN: “A 6th U.S. Circuit Court of Appeals ruling Thursday assures that Green Party candidates will have a place on TN’s November general election ballot in several races – including Martin Pleasant of Knoxville as the party’s U.S. Senate nominee.”

Romney. Losing the political class: “Shouldn’t Romney be wiping the floor with Obama? … The more likable candidate wins. Not always, but almost always.” This means “likeable” to the press corps (like Bush, unlike Gore). … Social media: “Romney has been scrutinized recently for his abnormal increase in new followers (@mittromney), indicating that these followers had been purchased in the same way as the Dealers/Abuser scenario from our study. We do note that these followers could have been purchased by either himself, his associates or by his opponents.” … Adelson: “Las Vegas billionaire Sheldon Adelson, a top R campaign donor, sued Dallas lawyer Marc Stanley and the Jewish D group he leads for $60 million on Wednesday over claims that he condoned prostitution at his Chinese casinos.” … Endorsements: “The OH-based [Scotts Miracle-Gro Company,] familiar as the producer of a ubiquitous plant fertilizer [make up your own jokes], is now a political player, donating $200,000 in June to the Restore Our Future super PAC supporting Republican presidential candidate Romney.” I use compost. I don’t need or want weird green chemical powders. Not a reason to vote for Romney! … Interview: “[ROMNEY:] Ask one question. But I’m holding up traffic in Chicago trying to—I’ve got the Secret Service and all the press and we’re stopped in front of a place of business. So shoot.” A surprisingly un-bot-like remark (though a CEO-like tone!) Reading this interview, I think Romney could do better in the debates than people think. Then again, immediately after: “I’m not a business.” But “corporations are people, my friend!” Good analysis of the interview here.

Obama. Enthusiasm: “Intermixed with inspirational lines from Obama’s 2008 campaign speeches, are lyrics like, ‘It felt like change and it’s a hope I still remember… But the change I got was that I moved in with my mother.'” … Winning the political class: “[HALPERIN: ] As a snapshot of a key metric — control over their extended teams and keeping people in line — Chicago seems to have a big advantage on this one.” The “have a beer” trope: “If all elections come down to who voters would rather have a beer with, President Barack Obama has a definitive lead, and not just because Mitt Romney, his Republican challenger and a devout Mormon, is a teetotaller.” “Likeability” once more. … Tax return flap: “There is no evidence that Mr. Romney paid no personal taxes, and his campaign has said there was no year in which he paid nothing. But by declining to release additional years, Mr. Romneyhas given Democrats an opening to speculate, and they are plowing through it.” …. Teebee: “Titled ‘He Did It,’ the advertisement asks if anyone can truly remember where Romney was the night of the child’s murder, and whether the U.S. populace wants a president capable of strangling a little girl and dumping her body in her parents’ basement.”

* 29 days until the Democratic National Convention ends with big trays of lutefisk for everybody on the floor of the Panther Stadium, Charlotte, NC. NY has 29 electoral votes. 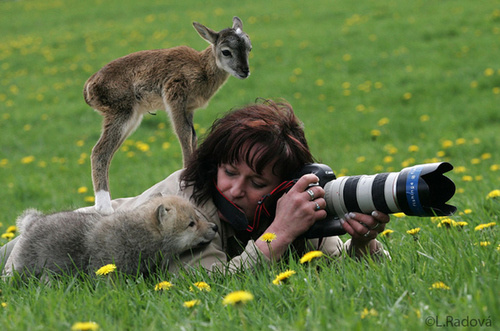