Four high-level Facebook officials resign in the past week ComputerWorld

IMF Says Bailouts Iceland-Style Hold Lessons For Crisis Nations Bloomberg. This would normally be a good thing (IMF acknowledging Iceland) except it is probably doing so for a specific reason: because it wants bondholder cramdowns for Spanish banks. The wee problems with that is many Spanish depositors were pushed to buy preference shares, which they were told were as safe as deposits. There will be social revolt if these savers are wiped out. I don’t have a solution, but failing to cushion the blow will be explosive.

Bonfire of the Vanities: Robert Parry and the Red Mist of Partisanship Chris Floyd (Aquifer)

Whatever’s Left of the Left masaccio, Firedoglake (Carol B)

Retail investors have had their confidence battered Financial Times

Don’t you know that in the Navy you must always choose the lesser of two weevils? Oh ha, ha, ha, ha!” –Patrick O’Brian, Master and Commander

Montreal. Social strike: “[T]he ‘simple’ way to strike is by collectively not doing what you’re supposed to — business as usual — but throwing a wrench into the everyday of all of what we do, work, school, leisure, street life, urban space, and anything and everything else. [P]eople seem to concur that it isn’t just about disruption, though that’s essential, but what you do during that time of disruption to create something different.” … Silent majority: “Back to [TVA reporter] Lapierre’s question: ‘What would you have done, if you were in Jean Charest’s position?’. With no hesitation, you replied that you would have called in the army to put a stop to all that. I was stunned. My question is, where were you in October 1970? If you were in Québec and you understood what it meant to have the army patrolling the streets of Montréal for weeks, how can you wish for this again?”

Occupy. NZ: “Among the first countries to see each new day, Occupy New Zealand kicked off #A9 Chalkupy: Chalkupy The World, on Thursday, with members of the public chalking public and private space throughout the country” (with slideshow). … MN, Occupy Homes: “Woodlands National Bank President Ken Villebro has agreed to meet with Anita Reyes-LeRey at her home in Minneapolis [to discuss a financing offer.” Also involved: AIM.

FL. Letter to the editor, Palm Beach Post: “[Lisa Epstein] should have received The Post’s endorsement. Judges are still receiving documents signed by robo-signer Linda Green, resulting in wasted court time. Lisa would institute procedures to tag these and other faulty documents quickly. Most important, however, is the contribution she’ll make as supervisor of the Mortgage Electronic Registration Systems. In four other states, the county clerks/registrars of deeds have already gotten together to make certain that MERS pays its fees to the county each time a securitized loan is sold. Why not in FL?”

MN. Fracking: “About a dozen silica mining sites in MN have either been formally proposed or informally inquired about since early 2011, but none have been built. There has been a proliferation of moratoriums by counties, townships and cities as they study concerns raised by vocal, organized citizen groups opposed to the industry.”

NV. Privatization: “Contrary to popular belief, the National Forest Service doesn’t own air tankers; it contracts with private firms for the operation and maintenance of our aging air tanker fleet. [T]he hold up at the moment is a conflict involving private firms which were not awarded the contracts.”

NY. Fracking: “More than 150 protesters of all ages blockaded the Schlumberger Limited industrial facility in Horseheads, NY for nearly six hours today stopping operations that provide services and materials, including chemicals and silica sand, to oil and natural gas exploration companies, including hydraulic fracturing.”‘ … Food: “The warm Spring and April frost this year has put a damper on fruit production across New York State. According to the USDA, [fruit] production statewide is forecast at a record low.”

TX. Health: “[R]eproductive health providers tell stories of women going to pharmacies across the border in Mexico, in search of a drug they hope will terminate unwanted pregnancies. But the providers say that the pharmacies, which are largely unregulated, often fail to give proper instructions for the drug, misoprostol.”

VA. Karma: “March 3, 2012 was the day that Bob McDonnell threw away his opportunity to appear on the 2012 Republican ticket as the GOP candidate for Vice President. That was the day that McDonnell–or one of his minions–made the decision to call out paramilitary police forces to crush a peaceful protest [against McDonnell’s vaginal probe bill] on the steps of Virginia’s capital.” … Extractive economy: “Hundreds of people were on hand [in Whitesville] for the unveiling of a granite memorial to 29 miners who died April 5, 2010 , in a massive explosion at [Massey’s] Upper Big Branch mine. The tragedy has not led to any significant new federal legislation to stop a serial safety violator such as Massey from cutting corners and causing the deaths of more workers.”

VT. Solid waste: “What appeared at the start to be a local problem [of chemical contamination of Green Mountain Compost], perhaps of misuse of persistent weedkillers, now appears to include all composting operations in the state, the horse farms that supply some composters with manure and companies that supply horse feed, according to Agency of Agriculture officials.”

WI. Ryan pick: “According to state election law, Ryan would not have to sacrifice his spot on the congressional ballot even though he is also running for vice president. He would appear on the ballot twice.” … Conservative fever swamp: “[T]he anti-Agenda 21 movement, with close ties to the Tea Party, is gaining political traction nationally and in Wisconsin. The R Party of WI and some candidates for office here oppose Agenda 21, although battles against programs like Green Tier [a sustainability program] appear to be led by citizen activists.”

Outside Baseball. Privatization, Diane Ravitch: “A reader this morning said I should make a clear distinction between what the Rs and the Ds say/do about education. I wish I could. Race to the Top is no different from No Child Left Behind, other than the timetable.”

The trail. Medicare: “But the GOP today is increasingly dependent on the votes of older and blue-collar whites who — while eager to scale back government programs that transfer income to the poor — are much more resistant to retrenching entitlement programs like Medicare and Social Security that largely benefit the middle-class.” …. Medicare: “But while Pelosi and Democratic congressional candidate Lois Frankel were clear in their criticism of the Ryan plan, the long-term alternatives they put forward to extend Medicare’s solvency were a murky collection of pending studies, future demonstration projects and hopes for medical breakthroughs.” Debt-lock … Medicare: “[RYAN: ] My mom is a Medicare senior in Florida. [W]e think these reforms are good reforms. That have bipartisan origins. They started from the Clinton commission in the late ’90s.” RomneyCare equals ObamaCare all over again? …. Ballot access: “The D party and many of its close allies spent millions of dollars to remove Nader from ballots in 18 states in 2004, but didn’t follow federal campaign laws when it made these expenditures.” … Voting: “In an exhaustive public records search, News21 reporters sent thousands of requests to elections officers in all 50 states. Analysis of the resulting comprehensive News21 election fraud database turned up 10 cases of voter impersonation.” … Supervoters: “‘[S]upervoters] vote in every election — always. The search for supervoter support is bipartisan. Rather than waste time and money on the vast majority of people who won’t vote, campaigns instead target the supervoters, an estimated one out of 10 Ds or Rs in Broward and Palm Beach counties.”

Robama vs. Obomney. Ryan: “I hear some people say that this is ‘the new normal,’ ” Ryan said in Norfolk, VA, with the battleship USS Wisconsin as a backdrop. ‘High unemployment, declining incomes and crushing debt is not a new normal. It’s the result of misguided policies.'” True!

Romney. NC: ““I am so happy! I am so happy to have my teammate now,’ Romney told cheering supporters in Mooresville, N.C., on Sunday at the first of two North Carolina rallies where thousands spilled into the streets outside, eager to see the GOP ticket.” Ryan not universally panned, then. … WI: “‘Hi, Mom,’ Ryan said, his voice crackling, as he took the stage and looked out over a sprawling crowd. Romney relished in the showing too, saying it proves he made the right pick. He said tears filled his own eyes watching Ryan soak it in.” Wowsers.

Ryan pick: “If there’s one thing Republicans and Democrats can agree on, it’s that presumptive GOP presidential nominee Mitt Romney’s selection of Rep. Paul Ryan as his running mate will help create a clear contrast for voters in November.” … Ezra Klein: “Ryan makes it a choice between two competing plans for deficit reduction.” … Izvestia: “If he makes the issue the national debt that has risen so much under Obama, rather than his solution for it, Mr. Ryan could pose a serious challenge to the president.” … FT: “Romney’s bold choice for the vice-presidential slot will focus the campaign on the issues that US voters need to debate.” … David Walker: “It will virtually guarantee that the issues of the role of the government and fiscal responsibility will be a top priority in the general election.” … Rupert Murdoch: “Now we can choose between Greek and US dream.” …”Rick Paul, said one diner, was a brilliant vice presidential choice. Mike Ryan, said another, would surely boost Mitt Romney’s presidential campaign and help ‘save the country.'” …”Romney just added more iciness to a campaign already low on warmth and humanity.” …”It’s not the move he would have made if the campaign was going the way he hoped it would.” … Resources: 290-page American Bridge PAC research report on Ryan (from July 19). Maplight on Ryan funding.

Obama. The voters: “[Michelle Obama:] ‘But you can play an important role in this election, too. I want you all to feel empowered.‘ … Tickets to the event started at $2,500 per family.” Alrighty then. … Hagiography: “The event of him is still remarkable.” I think the normally asute Charles Pierce means “advent,” not “event.” Just saying.

* 27 days until the Democratic National Convention ends with a random sampling of Twinkies for everybody on the floor of the Panther Stadium, Charlotte, NC. FL has 27 electoral votes. 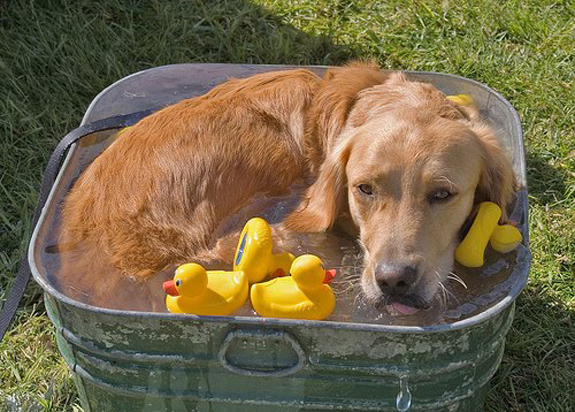