A reminder to readers in the New York City area: Michael Hudson and Randy Wray will be speaking this evening at Columbia Law School as part of a series on Modern Money and Public Purpose. Their talk will be on the history and evolution of money and debt. Details here.

Vladimir Putin muses on the benefits of group sex Telegraph

We Are Now One Year Away From Global Riots, Complex Systems Theorists Say MotherBoard (Slashdot)

The French Government Gets Whacked, Even The Left Is Angry, And Hollande Gets Slapped In The Face Wolf Richter

Democracy loses in struggle to save euro Gideon Rachman, Financial Times. The piece is better than the headline, which in and of itself is hardly news….

Is There Any Value at Citigroup? Nom de Plumber on Basel III Dysfunction Chris Whalen

As goes Maine, so goes the nation Jurek Martin, Financial Times (Scott). Members of my extended family report that prices paid to lobstermen are down to 1978 levels.

Bain and Mitt Romney: What’s Fact and What’s Opinion Matt Taibbi. Late to this, and it’s quite the shredding.

Regulator Vows New Rules to Repair Mortgage Markets Wall Street Journal. I’m at a loss to understand why these concessions are being offered. It isn’t as if the putback rules were a mystery.

Who in Arizona has been helped by $25 billion lender settlement? AZCentral (Lambert). The author can find only 2 of the 7,700 supposedly benefitting.

“I don’t allow people of your sort to stand in my way. That’s what you’re leaving out of account. If I’m after something, I don’t care what I do to make sure that I get it. That’s the only law I abide by; it’s the only way to get things in this world…With me you just haven’t a hope in hell.” –Kingsley Amis, Lucky Jim

CA. Air: “A strong rotten egg smell had Southern Californians plugging their noses and crying foul Monday as air quality investigators scrambled to determine if the sulfurous scent was coming from the Salton Sea.”

IL. Teachers strike: “CPS CEO Jean-Claude Brizard is on record saying both that CTU leadership is deciding whether or not to strike, and that ‘everyone knows that a strike would only hurt our kids.’ When you spend millions on your pet programs, but there’s no money for school level repairs, so the roof leaks on my students at their desks when it rains, that hurts our kids.”‘ (continual coverage) … Teachers strike: “[CPS Superintendent Jean-Claude] Brizard left Rochester after 90 percent of teachers voted ‘no confidence’ in his leadership.” … Teachers strike: “[T]he strike is over the union’s deep opposition to what it calls a “corporate reform agenda” that pursues a competitive or punitive relationship with teachers, rather than a collaborative one. Examples include blaming teachers and unions for educational shortcomings, promoting private but publicly financed charter schools, focusing on high-stakes tests and tying pay to merit. That clash puts the union at odds with CPS, the mayor and President Obama.” … Teacher’s strike: “If Chicago teachers walk out, there will be 50,000 kids still in [charter] schools.” … Teachers strike: “But since 2010, Chicago’s [teacher’s union] has one of the most aggressive in the country. That’s when a minority party known as the Caucus of Rank and File Educators, or CORE, took power from the reigning union leadership, which it criticized as complacent on issues of privatization and community engagement.” … Teachers strike: “Eight weeks before Election Day, the president’s former chief of staff is now in an all-out war with an important D constituency in the president’s adopted hometown (which happens to be the third largest school district in America).” … Teachers strike: “The strike on Emanuel’s watch cuts against the narrative the mayor is trying to craft as a leader who’s a problem solver moving the city forward. Emanuel’s aggressive posture in pushing for a longer school day and year, while also cutting the pay raise teachers were supposed to get last year, galvanized the union.” . Teachers strike: “Chicago Mayor Rahm Emanuel is putting on hold his duties as a top fundraiser for D super-PACs in the face of a Chicago teachers union strike.” … Teachers strike: “White House Press Secretary Jay Carney said at the Monday briefing President Barack Obama is ‘aware’ of the Chicago Teachers’ strike–but has ‘no opinion’ other than his ‘concern’ for students and a ‘hope’ both sides come together to settle it ‘quickly.'”

MD. Schools: “There’s no more homework at a MD elementary school. Students at Gaithersburg Elementary School must read a book for 30 minutes per night. so far test scores have been solid.”

NJ. Corruption: “”Trenton’s Mayor, his brother and an ex-con are accused of running a scheme that included bribes, betrayal and an “Uncle Remus” code for carrying out their alleged criminal activities.

NY. Veal pen: “Unlike the grass roots groups, which are seeking a ban, the mainstream environmental interests are generally pushing for a moratorium to allow time to construct a more comprehensive regulatory framework to handle fracking.” … Homeless: ” The number of children in the city’s shelters hit 19,000 last week, the most recent city data available show.”

OH. Fracking: “A rally Wednesday in Ravenna by the Concerned Citizens Ohio group is part of a larger, national anti-fracking event. The national, grassroots rally day is being coordinated by the Network for Oil & Gas Accountability & Protections [here] and Frackfree America National Coalition [here].”

PA. Fracking: “A state law signed in February imposes a so-called ‘impact fee’ on energy companies exploring the Marcellus Shale gas field. Drillers must pay $50,000 for each horizontally drilled well and $10,000 for each vertical well. The money was due Sept. 1.”

TN. Voting: “[Voter’s] experiences suggested that new electronic poll books, in use at 60 of the county’s 160 voting precincts, had been set to treat the R ballot as the default choice.” … Charters: “As state officials lambaste the Tennessee Virtual Academy for low achievement scores and discuss new oversight methods, the school’s management company is facing an investigation in FL, overcoming a list of citations issued in GA and recovering from reports of poor results in many of its schools.”

PA. Air war: “For the first time since May, no presidential campaigns or super PACs are on TV in PA.”

TX. Fraud: ” Warner’s lawsuit alleges that State Farm documents establish a clear internal policy of intentionally denying consumer claims for roof damage similar to what Warner experienced [in a hurricane]. Warner’s attorney, Steve Mostyn, claims the systematic denial of those types of claims may have quietly saved State Farm close to $1 billion.” … Mass incarceration: “Anyone who could perform basic arithmetic has known for years that Lubbock’s speculative jail expansion would require significant tax hikes, a situation that was exacerbated when the county couldn’t attract enough outside inmate contracts to fill it.” … Fracking: “Dilley, southwest of San Antonio on Interstate 35 [in the Eagle Ford Shale], has seen property values balloon to about $275 million from $130 million two years ago”

VA. Editorial: “Obama offers small, practical goals for a second term, while Romney struggles to define his role.” … Corruption: “[T]he plans to privatize Virginia’s ports is moving full steam ahead and, as editorial writer Shawn Day pointed out this past Sunday, without any real input from the citizens.”

WI. Epidemics: “WI leads the country in what could be the worst national outbreak of whooping cough in 50 years. Experts are warning that the current regimen of immunizations may not be enough to protect children from the serious and sometimes fatal disease. New research confirms the whooping cough vaccine is failing at a higher rate than expected.”

Outside baseball. Gridlock: “An inescapable reality of the 2012 presidential race is that no matter who wins in November, the gridlock that has bedeviled Washington isn’t likely to abate.” Could be worse. … Money: “Last week, in Minnesota Citizens for Life, Inc. v Swanson, six of the eleven jurists serving on the U.S. Eighth Circuit Court of Appeal struck down the provisions of a MN statute requiring corporations which create separate political funds in excess of $100 to file periodic financial disclosure reports with the state.” … Sanders on Moyers: “[SANDERS: ] Fraud is the business model for Wall Street.”

The trail. What It Takes: “Meanwhile Bush was doing six-minute events with six months of advance. While he was starving the political press corps to death, his handlers would find time for local TV ‘interviews’ — very necessarily in quotes. ‘It was just the VP and a single blow-dry in matching armchairs — very intimate — they could really get to know one another . . . you know, for four minutes and thirty seconds.’ Ahem.” … Robocalls: “Nationally, robocalls are on the rise. An April 2008 Pew report found that 39 percent of voters had received robocalls. That number grew to about 69 percent in 2010.” … Voting: “In the last few weeks, nearly a dozen decisions in federal and state courts on early voting, provisional ballots and voter identification requirements have driven the rules in conflicting directions, some favoring Rs demanding that voters show more identification to guard against fraud and others backing Rs who want to make voting as easy as possible.” Obama v. Romney, here we come. … Voting: “The new voter-suppression laws in several states are only half the plan. The solution to the problem of the braver voters who navigate the new landscape is either to knock them off the rolls through techniques like voter “caging,” which we all became familiar with in FL in 2000, or simply to get in their face at the polls and intimidate them directly.” … Referendum? “61% of likely voters consider the presidential election to be more of a choice between President Obama and Mitt Romney than a referendum on the president’s first term in office, according to a new poll for The Hill.”

The Romney. Losing the political class: “[W]hen Time magazine pundits start talking about the Romney ‘Death Stench,’ you know you’re in trouble.” … Losing the political class: “The danger for the Romney campaign right now is the congealing conventional wisdom that the R emerged from Tampa and Charlotte meaningfully behind and is now facing some tough Electoral College reality.” … Stand pat: “‘While some voters will feel a bit of a sugar-high from the conventions, the basic structure of the race has not changed significantly,’ [Romney advisor Neil Newhouse] said. ‘The reality of the Obama economy will reassert itself as the ultimate downfall of the Obama Presidency, and Mitt Romney will win this race.'”

The Obama. Chicago teacher strike: “And he could go to Chicago and tell Rahm Emanuel to settle with the teachers and do what is right for the children of Chicago.” He could, yes. … Defining Romney: “While at their convention Rs tried to pretend that the Bush presidency never happened, the Obama campaign handed Bill Clinton the microphone and allowed him to define the race as Obama-Clinton versus Romney-Bush. The GOP, in Clinton’s narrative, creates economic messes. Democrats clean them up.” … Stand pat: “The president’s apparent willingness to stand pat and not offer any striking new initiatives suggests that his chief strategists believe that, despite tight polling numbers nationally, he is on a course to re-election in November.” … Nice guy: “[JOHN HEILEMAN, New York magazine:] I don’t think he doesn’t like people. I know he doesn’t like people. He’s not an extrovert; he’s an introvert. I’ve known the guy since 1988. President Obama just doesn’t talk to too many people.”

Slogan of the day: “Forward with The Obama! I will fearlessly take career progressive struggle as the key link!” 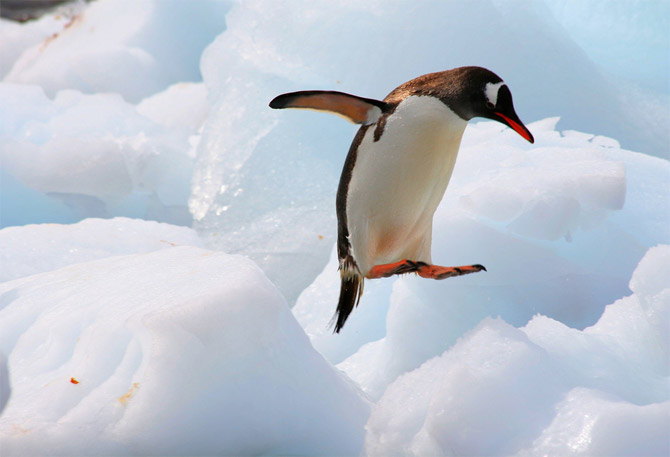