Neiman Marcus Selling $100,000 Fantasy Hen House & Farming Lessons in New Christmas Book Inhabitat (furzy mouse). Someone at Nieman Marcus is engaged in major subversion. If you’ve ever been near a chicken coop, you’ll know why.

Governing without Consent of the Governed masaccio, Firedoglake (Carol B)

Jim Bianco Has A Surprising Theory For How Mitt Romney Is Tanking The Market Clusterstock (furzy mouse). Also, in general, the stock market does worse under Republican presidents.

A Farewell to Arms, and the United States American Prospect

Why Taxes Should Pay for Health Care James Kwak

Housing Has “Turned the Corner” – For Banks Dave Dayen, Firedoglake (Carol B)

Robustness of IMF data scrutinised Financial Times. In case you missed it, the FT has been talking the neoliberal line for some time.

A Vignette of the US Political Scene Jesse

There Is No Nobel Prize in Economics Yasha Levine, Alternet. Some history I bet you don’t know! And explains why Chicago School types are strongly preferred.

“My little body is weary of this great world.”– Portia, The Merchant of Venice.

Since it’s Friday, I must soon throw myself into the glittering whirl of my social life, and so this post will be short; I’ll do a zeitgeist watch from my local coffee shop. But first, what I can find on Walmart–

CA. Walmart: “The UFCW is focusing on the Bay Area because that’s where Walmart is just starting to open a new category of smaller stores — Walmart Neighborhood Markets — that will compete directly with unionized grocers such as Safeway and Lucky, Henneberry said.”

FL. Walmart: “The 75 employees marched up and down the sidewalk for about two hours on the street near the Walmart Supercenter at 2551 Hallandale Beach Blvd. Customers watched from the parking lot. Two joined the protest. Many of the Walmart employees at the protest were members of national group the Organization United for Respect at Walmart, which is associated with the UFCW. The group is called ‘OUR Walmart.'”

MA. Walmart: “”We’ll be back. We’ll be back,’ chanted the eight people loosely calling themselves OUR Walmart and Warehouse Workers for Justice before walking outside, holding signs and delivering their message at the New Harbour Mall store in the South End [in Fall River]. Locally, there have been protests in Dartmouth, Raynham and Fall River the past few months over Walmart’s labor practices.” Note well that last sentence. Even if we don’t know about those actions, you can be very sure that Walmart executives do.

OK. Walmart: “The recent trend of Walmart walkouts that has captured attention of the national media will not rear its head in Chickasha according to Walmart spokesperson Dan Fogleman. Fogleman said those that showed up to protest in Bentonville are union back and funded. ‘They were paid to fly down here and show their obvious agenda,’ he said.” That’s some PR operation they’ve got there. … Fracking? ” Developmental interests are still booming in Chickasha. Four businesses have decided to build in Chickasha including Interurban, GameStop, Boomerang and Dollar Tree. There is also a lot of interest in well services, oil and gas development, according to [Ryan Posey, president of the Chickasha Area Economic Development Council].” (Yes, fracking). Pretty funny go to looking for Walmart and find fracking.

Outside baseball. Walmart: “Striking workers and national OUR Walmart leaders said the group has committed to engaging in a wide range of nonviolent activities on Black Friday, including rallies, flash mobs, direct action, and other efforts to inform customers about what they call the illegal actions that Wal-Mart has been taking against its workers. The group also garnered support from various other organizations, including the National Organization for Women and the National Consumers League.”

Each of the uprisings over the last few years has had a distinctive media flavor (which is not necessarily the dominant flavor for those on the ground, or for future historians; but as a stone media processor, that’s what I notice). The events of Egypt had the Al Jazeera camera trained on the square; Occupy has streamers and twitter; the events in Thailand a year before Tahrir Square had community radio and loudspeakers.

The Walmart actions — I hesitate to say strike, or union, because strikes are a subset of non-violent action, and associations are not unions — have a different feeling still. Most of the national reporting (of which there is not much) seems to have sourced a single conference call. But as we’ve seen in the last few days, there’s a good deal of local, and factual, reporting, some of it by local TV stations, amazingly enough. And there seems to be a concerted effort on Patch, also factual.

And note one interesting thing about the stories excerpted today: We keep hearing about new stores, and (as the underlined and as yet not reported actions show) nobody in the press seems to be quite sure how big this thing is. The hard numbers I believe, come from the conference call; but there are other actions also. I have the feeling — and in the words of the great Peggy Noonan, “It would be irresponsible not to speculate” — that OUR Walmart is a lot like a duck, paddling along: Lots of motion unseen under the surface. (And it sure is odd that Walmart announced that keen new program to get people with spinal trouble surgery right after these actions kicked off, isn’t it? Though to be fair, it would be a heck of a lot more… Well, ethical to have working conditions that didn’t wreak people’s spines in the first place.) We shall see!

To the coffee shop: The owner, Mrs. Schadenfreude, runs the local wire service, so I stopped in there tonight to get the news.

MRS. S: Another one!

LAMBERT: What do you mean?

It turns out she was discussing this story: “Robert A. Kennedy, who resigned [as President of UConn] earlier Friday under pressure from the governor and lawmakers amid a scrap over secret pay raises for staff members totaling more than $250,000.” Our local university had delivered over a grotesquely swollen sack of lucre to this sucking leech of an administrator — sorry for the redundancy — before he slithered off to even richer pickings at UConn, and during his very short tenure he managed to alienate the university’s largest donor, and entered into an unseemly menage with our local landfill operator.

So, you can see people connecting the dots on elite corruption. Alas, Mrs. Schadenfeude’s list didn’t include any banksters. I guess Obama really did stand between them and the pitchforks. Thanks, “progressives”!

* Slogan of the day: To Live With One’s Nose Barely Above Water Is Glorious! Forward With The Obama! 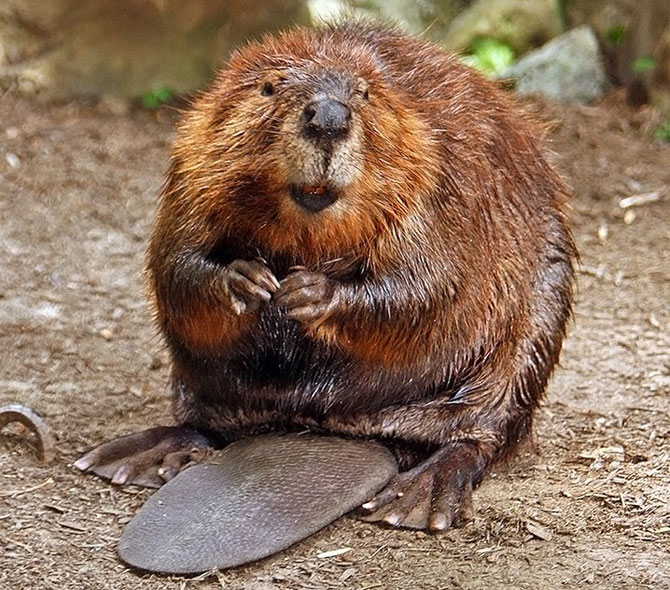