Thanks for the concern about my inflamed finger. It is getting better. Someone suggested rubbing alcohol, and it never occurred to me that stuff might live up to its name.

Dolphins stay awake for 15 days by sleeping with one half of brain Daily Telegraph (Lambert). This test sounds really mean even though the dolphins handled with aplomb.

A tool to quantify consciousness? Nature

Young blood really is the key to youth New Scientist (Jeremy). Hhm, maybe Elizabeth Bathory was on to something….And I’m not clear on why they play act being mystified as to possible mechanisms. Telomeres seem like a possible culprit and they probably have other hypotheses.

NRC Whistleblowers: Risk of Nuclear Melt-Down In U.S. Is Even HIGHER Than It Was at Fukushima George Washington

Op-Ed: Spain to ban photos or videos of police in action Digital Journal

Reported Golden Dawn Sightings Rattle Queens New York Times. Loyal NC readers may recall we wrote this story up in Links earlier in the week. The NYT report is condescending, as in it insinuates the anti Golden Dawn types might be paranoid, since the Times can’t locate an actual GD person. Of course, if a Northern reporter from a known-to-be-liberal paper wandered into a Mississippi town in the 1950s looking to find KKK members, do you think they’d get much cooperation from sympathizers? The article is also bizarrely sanctimonious: GD “is accused of being behind attacks…” when its role and methods in Greece are well documented. Another peculiar bit is the way an incident where a Golden Dawn member attacked a fellow parliamentarian (and the word typically used to describe the incident is typically “attack”) is minimized here by calling it a slapping and not mentioning that the victim was a woman. Moreover, in Greece, women are simply not attacked in public; the incident is far more shocking by Greek standards than Americans would realize. From one OWS correspondent:

We didn’t drive “Golden Dawn” out in person but for sure we deprived them of their safe havens through the publicity, which has been pretty much daily in the Greek-American paper (the Ethniko Kirika a.k.a. National Herald). It was all over the media in Greece. The mere appearance of the NYT reporters (almost two weeks ago now) turned certain GD sympathizers at the Greek cultural center into instant anti-fascists.

The EU is turning Greece into an open-air prison for the refugees created by American West Asian wars. The EU build a wall along the northern border, and patrols it, to prevent the majority, who really want to live in London or France, etc. from escaping Greece. The last time the country as seen such an influx was after the 1922 Asia Minor Catastrophe when the population of Athens quadrupled. Greece, unlike the US, is not set up to recieve immigrants, and this is ought to be treated as the international humanitarian crisis, and the EU crisis, that it is. Instead the immigration crisis with its neo-Nazi response — which the government ignores (did I say that the president is a known anti-Semite?)– plays into the hands of those enforcing neo-liberal austerity programs. I think that this is the proper context for GD, that their odious activities indirectly aid the German and French banks; that a genuine international humanitarian crisis is being misidentified as being solely a Greek problem; and the present Greek government is wearing blinders when it comes to GD.

Does the Romney Family Now Own Your e-Vote? TruthOut (Robert M)

Obama on “The Daily Show”: A Gaffe is a Gaffe The New Yorker

Response to Daniel Ellsberg’s call for swing-state lefties to vote for Obama VastLeft (Lambert). Only because VastLeft is on a roll….

Treasuries now have the worst risk/return profile in decades Sober Look. But…. in deflation, cash and low risk bonds are the place to be. So there are scenarios under which Treasuries make perfect sense.

The price of admission: How patronage is damaging US universities Gillian Tett, Financial Times

Abundibot evidently told lies for the mere pleasure of it. Perhaps it was the only pleasure he knew. —Ursula LeGuin, City of Illusions

Since it’s Friday, I spent most of the day shopping for streamers, balloons, canapés, and champagne for the weekend’s coming soirées, plural, and so I’m going to grant myself the relief of writing about the zeitgeist once again.

The definitive Democratic post-debate talking point is that Republicans are liars. The meme is everywhere, so requoting Kevin Baker in Harpers, since he runs the riff* better than most:

Caught in a lie, and a nasty and stupid one at that, he still did not back off, plunging on until he reached lows of demagoguery approached only in this campaign by . . . his running mate, Paul Ryan, in the last debate. Throughout the debate, Mr. Romney lied brazenly, without hesitation or compunction. He lied in big ways and small, lied cleverly and foolishly, lied as if he couldn’t help himself. Debating this man must feel like wrestling with a greased seal.

All good clean fun. But really, is it some sort of revelation that politicians lie? Some philosophers call lies “noble”; the Authorization to Use Military Force was thoroughly bipartisan and built on lies; children learn to lie between the ages of 2 and 4; and lying is a sign of intelligence. So why are Democrats — shocked, shocked! — clutching their pearls and heading for the fainting couch? What’s going on?

Sheer tendentiousness, of course. But something perhaps larger and more interesting, as well. Let’s return to these remarks from Obama vs. Romney II:

[OBAMA:] I think a lot of this campaign, maybe over the last four years, has been devoted to this notion that I think government creates jobs, that that somehow is the answer.”

Of course, government can and does create jobs, even if Romney denies it and Obama gets huffy and exasperated when accused of having told the truth. Actual reporter Dick Polman of the Inquirer:

FDR’s stimulus programs created some 15 million jobs. For instance: The Works Progress Administration put eight million people to work. (You have surely driven on roads and flown from airports built by WPA workers.) The Civilian Conservation Corps hired 2.7 million. The Civil Works Administration employed four million. The Public Works Administration created jobs for hundreds of thousands. (Perhaps you have enjoyed the PWA’s handiwork, such as the Lincoln Tunnel and Philadelphia’s 30th Street Station.)

Are Robama and Obomney lying? Surely not.** Nothing so simple. And what they are doing is what the Democratic charge of “lying” seems meant to distract from: They’re bullshitting.*** From Harry Frankfurt’s On Bullshit:

What Augustine calls “liars” and “real lies” are both rare and extraordinary. Everyone lies from time to time, but there are very few people to whom it would often (or even ever) occur to lie exclusively from a love of falsity or of deception [like Abundibot in the epigraph]. For most people, the fact that a statement is false constitutes in itself a reason, however weak and easily overridden, not to make the statement. For St. Augustine’s pure liar it is, on the contrary, a reason in favor of making it. For the bullshitter it is in itself neither a reason in favor nor a reason against. Both in lying and in telling the truth people are guided by their beliefs concerning the way things are. These guide them as they endeavor either to describe the world correctly or to describe it deceitfully. For this reason, telling lies does not tend to unfit a person for telling the truth in the same way that bullshitting tends to. Through excessive indulgence in the latter activity, which involves making assertions without paying attention to anything except what it suits one to say, a person’s normal habit of attending to the ways things are may become attenuated or lost. Someone who lies and someone who tells the truth are playing on opposite sides, so to speak, in the same game. Each responds to the facts as he understands them, although the response of the one is guided by the authority of the truth, while the response of the other defies that authority and refuses to meet its demands. The bullshitter ignores these demands altogether. He does not reject the authority of the truth, as the liar does, and oppose himself to it. He pays no attention to it at all. By virtue of this, bullshit is a greater enemy of the truth than lies are.

Even worse, or, if worse is better, better, Obomney and Robama are, in this instance, peddling identical — and easily and demonstrably refutable — bullshit that denies humane and life-saving polices like the WPA or a Jobs Guarantee to tens of millions of suffering American citizens.

And nobody in the political class is calling them on it. Isn’t that a remarkable state of affairs? It’s the most important election EVAH!

NOTE * And riff is what it is. When we come to cases, we find material like this: “Mr. Romney continued the Republican tactic of trying to rewrite the unemployment figures, claiming that the real rate should somehow be 10.7 percent, not 7.8.” NC readers who have been following Hugh’s work (archives) know that the disemployment rate, fairly considered, is even higher than the rate Romney quotes. But Baker isn’t lying, exactly, is he?

NOTE ** I don’t recall seeing any of the fact checkers setting the record straight on this. Readers?

NOTE *** I spell the word out completely as a term of art. Don’t try this at home because the spam filters will queue it.

* Slogan of the day: Long Live the Great Democratic Party! 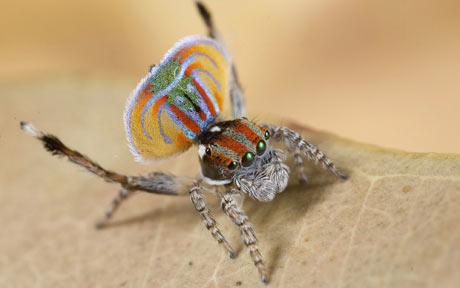