Soaked UK could be set for floods BBC

Sandy will have a wider effect on growth Financial Times

As Power Is Restored for Some, Others Face Grim Outlook New York Times

RULES ARE BENT AS GASOLINE HARD TO GET AFTER SANDY Wall Street Journal. Their all caps, not mine.

The costs of Hurricane Sandy: Life satisfaction as an alternative to GDP VoxEU

How do we ‘pay’ for Hurricane Sandy? Marshall Auerback

Liberals fear grand bargain betrayal if President Obama wins Politico. Fear? If they aren’t expecting it, they are fools.

Who is the worst civil liberties president in US history? Glenn Greenwald

The Junk Is Back in Junk Bonds New York Times. The editorial, mind you…

Falling out of love with America Financial Times

I’m going to devote tonight’s Campaign Countdown to news of Sandy’s impact on NJ (also known to Manhattanites as one of the “Outer Boroughs” or “the near abroad.” The mainstream coverage is what it is; and for whatever reason, there aren’t many bloggers blogging about it; and both #sandy and #Sandy don’t seem to have much — Readers, correct me in comments! I take that as a sign that WiFi and Internet are still down, and that in turn means that conditions are…. Not good, and possibly worse than the (pre-election?) picture that is being painted. On the other hand, I’m perhaps overly bearish. On the third hand, Sandy was a bear of a storm, and clawed New Jersey first and most deeply.

Let me start by quoting a slab from New Jersey-ite disemployed scientist Riverdaughter, who is blogging, from her “Life in post apocalyptic NJ” series:

So, I was going to talk a little bit about infrastructure. You don’t realize how bad American infrastructure is until you meet a visitor from Germany in the gas line saying, “This is incredible. I can’t believe how bad this is. Four days without electricity and everyone is cold!” Beside the antiquated rail system with its switching system that in the best of times failed on a regular basis (never try to make a matinee in NYC via NJ Transit during a rainstorm) to the levee system that dates back to King George III to the miles and miles of overhead power lines, it looks as if the northeast is in a time warp. I’ve always wondered why the cell service was so bad here. Just think, if the power, broadband and cell had recovered quickly, the frenzy over gas wouldn’t have been so severe. Most of us could have easily worked from home. But since that was impossible and getting paid meant being present, we had millions of people frantic to get to work this week in any way possible. Brooke says she saw the national guard today driving a little convoy of trucks marked “flammable”. I guess it really is that bad.

These comments from the ground, as Riverdaughter herself points out, connect to Yves’s post yesterday on “The Fragility of Complex Systems.” So herewith some components and relations of this complex system:

Power. Utilities: “More than 1 million business and residential customers were still without power Friday [in NJ]– down from 2.7 million at the peak on Tuesday.” … Generators: “On Thursday, the generator hum outside and in many homes, stores, offices, churches, and other buildings reached such a peak that people sought refuge in vehicles to take phone calls, conduct business meetings, or just to take a break from the din. Some said they were losing their voices trying to shout over the machines.” … Unions: “As for reports that nonunion utility crews are being turned away, [spokesman Ron] Morano said it is not JCP&L. The utility has nonunion outside crews working.” … Unions: “As of Wednesday, about 1,050 out-of-state contractors were working in PSE&G’s service area, she said, including from utility companies in Canada, Texas, Illinois, Wisconsin, Missouri, Pennsylvania and other states. “I want union guys first, obviously,” [IBEW local president, Chip Gerrity] said. “But with an event like this you want everybody you can get.”

Gas. Gas lines: “Juliana Smith, a full-time student, spent 2-1/2 hours in line to fill two five-gallon containers on Friday, an hour more than on Thursday. ‘It’s psychotic,’ she said. ‘People are angry. We have no power. No heat. We need gas for the generator and our Ford Explorer, which is a monster.'” Psychotic systems, yes. … Gas rationing: “Gov. Chris Christie signed an executive order today announcing a state of energy emergency and instituting gas rationing for the purchase of fuel by motorists in 12 counties, starting Saturday at noon. The rationing will take place in Bergen, Essex, Hudson, Hunterdon, Middlesex, Morris, Monmouth, Passaic, Somerset, Sussex, Union and Warren counties.”

Water. Sewage: “As much as 500 million gallons of raw sewage a day is flowing into Newark Bay after superstorm Sandy disabled the nation’s fifth-largest wastewater treatment plant [on October 29].”

Power <-> Gas. Pipelines: “Superstorm Sandy damaged ports that accept fuel tankers and flooded underground equipment that sends fuel through pipelines. Without power, fuel terminals can’t pump gasoline onto tanker trucks, and gas stations can’t pump fuel into customers’ cars.” … Refineries: “Some of the region’s fuel terminals which offload products from tankers and barges have no power, and at least two important oil refineries in NJ remain idled after the storm flooded the plants this week.” …. Power: “‘There is no gasoline supply shortage,’ said Sal Risalvato of the New Jersey Gasoline-C-Store-Automotive Association. ‘This is a delivery shortage. You get back electricity, and a large part of this goes away.‘ With few gas stations able to sell fuel, lines began to form and panic set it. ‘You’ve got social media and crowd behavior at work,” said Tom Kloza,of Oil Price Information Service. ‘It’s nuts. But people are nuts.'”

Power <-> Gas <-> Water. Drinking water: “Seventeen of 70 Aqua America facilities in Pennsylvania were still using backup power generators Thursday, said Donna Alston, a spokeswoman for the Bryn Mawr water company. But a new challenge is emerging for some water companies that have kept their systems afloat despite power outages – the fuel needed to operate diesel generators is in short supply in the hardest-hit areas.”

Power <-> Transport <-> Gas. NJ Transit: “About one-fourth of NJ Transit’s cars were in flooded rail yards and are not ready to roll.” So people will drive. Using more gas.

Human <-> Human (empathy). Librarians: “The Twitter accounts for Jefferson County Public Library in Colorado and JCP&L are one character off from each other. The library is at @JCPL while JCP&L is at @JCP_L. The library’s workers tell JCP&L customers that they have the wrong handle and give them the correct one while giving people some reading recommendations.” I [heart] librarians! … Businesspeople: “In addition to [HealthQuest Family Fitness’s] showers, [Raritan] community members are welcome to charge batteries, use [the] wireless connection, or just sit in a warm place.” … Retirees: “Like nearly everyone at the site, the Tices said they felt like they had suddenly been thrust into someone else’s life, waiting in line at a FEMA trailer, the home in which they’d foreseen the rest of their lives destroyed, their possessions lost, the course of their lives altered. “We thought we were set for life,” he said. They were able to maintain their composure throughout the entire process – until Christie walked right up to Lee Tice after his speech and shook his hand. Tice dissolved into tears, with the governor of New Jersey to console him.” … Material stuff: “”We have to replace all the appliances and furniture, pull the rug up, and the electrical sockets are wet,” [Denise Crudup] said. “But I’m alive. And this is material stuff. You can get that back.” … More guns, please: “New York City authorities say a motorist was arrested after he tried to cut in line at a gas station in Queens early Thursday and pointed a pistol at another motorist who complained.

Human > Human (compliance). Evacuation: ” Residents are being forcibly evacuated tonight from seven Ocean County [barrier island] communities because of extensive repairs needed after the devastation Hurricane Sandy left behind, Seaside Height Police Chief Thomas Boyd said. ‘We’ve pretty much got Seaside on lockdown and that’s what we’ve go tot do to make it safe.'” … Uniforms: “‘You encountered human beings who had lost everything,’ [Brig. Gen. James J. Grant who had been on storm duty]. ‘And when they see you and that uniform, you bring a sense of calmness.”” … Detainees: “Continued bans in Ventnor and Atlantic City, where police have set up roadblocks and checkpoints, were creating something of a surreal experience. There were stories of people sneaking through in the beds of pickup trucks or arriving by boat circulating among ‘detainees’ – residents who can’t leave the towns because if they do, they won’t be permitted to return. ‘It’s like the Mexican border,’ one Margate shop owner said. And anyone wanting to get into tony Longport before the ban was lifted? ‘They’re guarding Longport like it’s the White House,’ noted a Margate police officer.”

Lessons learned (or not). Energy: ” I have heard many, even the usually laissez-faire folks, ask questions about why there is no talk about alternative energy sources and energy back-up plan for the country and for other states. It is hard to believe that we are in this situation after living through 9/11 and Katrina. Have we not learned anything?” … Money: “‘We’re not going to run out of money in the disaster-relief fund,’ [FEMA head] Fugate said” Well, the government can no more run out of money any more than the New York Yankees can run out of points.

Bottom line: A budding petro-state with an infrastructure that can’t deliver petroleum to its citizens is in worse trouble than people, and in particular its elites, imagine.

Before and after: Photos of Jersey shore.

* No slogan this evening. 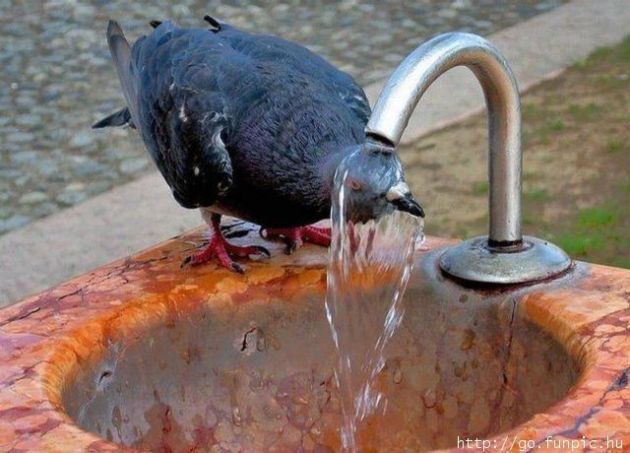