Part III of our Bank of America foreclosure review whistleblower series should be out on Friday (decided to go deeper into a couple of issues, which requires more fact checking). Stay tuned!

Your humble blogger is also looking for you to cut me a bit of slack. Big push to get the BofA series completed, and had to have a wisdom tooth extracted, which eats into my time when I have no time (not to worry, it was more painful to my wallet than me. Novocaine is a wonder drug)

Lolcats of the Middle Ages Medieval and Early Manuscripts (Anthony)

Maker Aware of 40% Failure in Hip Implant New York Times. Medical devices have a much less demanding FDA approval process than drugs. Looks like that proved to be an invitation to abuse. J&J is so dominant in hip and knee replacements that it has been difficult for manufacturers with demonstrably better products to get meaningful market share.

Wind power delivers too much to ignore New Scientist (May S)

iPad Hack Statement Of Responsibility TechCrunch (Lambert). Another Aaron Swartz? This is amazing in a bad way.

Beggar Thy Currency Or Thy Self? Mohamed El-Erian, Project Syndicate. True but omits that we sat by as China drove the yen to the moon…there is a lack of agency here….

Central bankers should be brought to heel by elected parliaments Ambrose Evans-Pritchard, Telegraph

I Guess the “One Leader” Part Is Taken as a Given Streetwise Professor. Tune out the dissing of “collectivists” (the way to sound less nutty than saying “socialist” or blowing the Koch “statist” dog whistle) and focus on the authoritarianism, which Obama has in spades.

RICHARD BLANCO: WHY IS IT THAT POETRY ONLY REARS ITS ZOMBIE HEAD WHEN WE ELECT A DEMOCRAT? NSFW (bob)

Pastor’s son who ‘killed his parents and three siblings’ loved playing violent video games like Modern Warfare and Grand Theft Auto Daily Mail. Sure to be spun that the problem is media, not overly easy access to guns.

The Media Is Misreporting The Housing Turnaround Story Clusterstock

Positioning for credit losses, the JPMorgan way Lisa Pollack, Financial Times. Wow, no wonder JPM discussed the technical details of what happened in as much trader-speak as possible. I think this a not-bad layperson summary of the story thus far: JPM made a lot of money on some sort of high yield short. Probably single name. But whoops! They couldn’t take profits at the level they thought they could. So they used a really really lousy “hedge” to take profits. But because the hedge was so lousy, when New Shit Happened and they lost money on the long side and so added to the short. I gotta tell you, the normal reflex should have been “WTF are you doing???? This isn’t working, lighten up these trades as best you can.” Oh, and more pieces of this puzzle (the curve flattener part) look to have been implemented incorrectly.

Libertarian Propaganda With Your Organic Arugula? Mother Jones. If you haven’t seen it, you must watch the four part Adam Curtis BBC series Century of the Self (you can find it on Google Video or in our archives). One of the things it mentions is that the 1960s human potential movement freaked out businesses and politicians because they couldn’t reach people in it from a marketing/communications standpoint (in MBA terms, it was a psychographic rather than a demographic segmentation, and in the dinosaur days of mass media, those types were impossible to target). The Reagan/Thatcherite messaging was designed specifically to reach them and render then tractable to pro-business views. 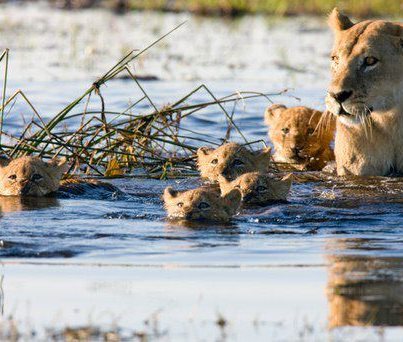