A New Vaccine For Drinking Could Keep Alcoholics Sober CoExist

A visualization of migration flows peoplemovein (Lambert). This is really cool.

Dash-cams: Russia’s Last Hope for Civility on the Road (Richard Smith). In case you wondered why so many people were recording their drive and hence got pix of the meteor.

Hundreds hurt in Russia after meteorite falls to Earth Guardian. Take note of the article subhead…

Campaign to recall “America’s toughest sheriff” Real News Network. Maricopa County as the leader in the move towards militarized policing.

RealtyTrac: U.S. Jan. foreclosure filings down 28% MarketWatch. You need to read through to the part about how the California homeowner bill of rights is the big driver of this decline

U.S. Homeowners Are Repeating Their Mistakes Bloomberg. The hidden assumption of this article is that Americans are overhoused. That’s certainly true in a lot of cases, but the competition to get housing in good school districts makes this not as straightforward as the authors would have you believe.

They don’t say it in that story, but I remember from the time that it was solely BAC they were using to cash these checks. The North Carolina “base of the operations”. Why wouldn’t they mention the bank by name in this story?” And, at what point does BAC being that “easy” to fleece become a crime? And I missed the best part…it wasn’t police who did the investigation, or the DA’s, the OCC, the fed, the secret service…It was postal inspectors.

Wal-Mart Executives Sweat Slow February Start in E-Mails Bloomberg. Walmart is a huge barometer for the economy. It accounts for 2.3% of GDP.

Accounting control fraud: Not just “Mitch and Murray,” but “Blake,” too Corrente

The Pettis primer on imbalances Macrobusiness 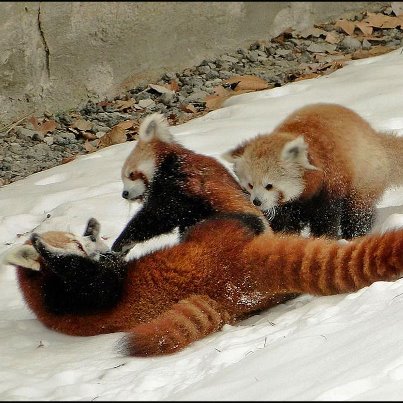