Each of these passages has faults of its own, but, quite apart from avoidable ugliness, two qualities are common to all of them. The first is staleness of imagery; the other is lack of precision. … As soon as certain topics are raised, the concrete melts into the abstract and no one seems able to think of turns of speech that are not hackneyed: prose consists less and less of words chosen for the sake of their meaning, and more and more of phrases tacked together like the sections of a prefabricated henhouse. – George Orwell, Politics and the English Language.

Obama’s second inaugural address (January 21, 2013) was so shoddy and forgettable -– everyone did, in fact, forget it, and promptly, too, despite contemporaneous hagiography – and yet so unpleasant to read, as hack jobs are to all but hacks, that I couldn’t bring myself to finish this piece on it in a timely fashion. However, the advent of the SOTU – John Favreau’s last White House deliverable before he leaves for Hollywood – has concentrated my mind. Now, there’s very little here for the student of rhetoric to emulate; but I hope that by throwing many of the “phrases tacked together” into buckets or categories, I can at least persuade the reader to listen to the SOTU with a well-attuned but skeptical ear. And if the categories are justly chosen, maybe I can use them for the SOTU as well.

So, I’m going to color code the speech as follows:

A mish-mash of phrases from the Framers, Lincoln and MLK echoes, and so forth

I haven’t coded the pretentious diction; there’s too much of it. I’ve divided the speech into parts for convenience, but the parts are not there in the original. To the transcript!

A dense pattern of allusions to continuity of government: The Framers, Lincoln, and Martin Luther King, a pantheon to which Obama self-evidently, and self-executingly, belongs.

Vice President Biden, Mr. Chief Justice, members of the United States Congress, distinguished guests, and fellow citizens, each time we gather to inaugurate a president, we bear witness to the enduring strength of our Constitution. We affirm the promise of our democracy. We recall that what binds this nation1 together is not2 the colors of our skin3 or the tenets of our faith or the origins of our names4.

OBAMA: What makes us exceptional, what makes us America is our allegiance to an idea articulated in a declaration made more than two centuries ago. We hold these truths to be self-evident, that all men are created equal.

(APPLAUSE) That they are endowed by their creator with certain unalienable rights, and among these are life, liberty, and the pursuit of happiness5. Today we continue6 a never ending journey to bridge the meaning of those words with the realities of our time7. For history tells us that while these truths may be self-evident5, they’ve never been self-executing8. That while freedom is a gift from God, it must be secured by his [sic] people here on earth.

OBAMA: The patriots of 1776 did not fight to replace the tyranny of a king with the privileges of a few, or the rule of a mob. They gave to us a republic, a government of, and by, and for the people9. Entrusting each generation to keep safe our founding creed. And for more than 200 years we have. Through blood drawn by lash, and blood drawn by sword10, we noted11 that no union founded on the principles of liberty and equality could survive half slave, and half free12.

OBAMA: We made ourselves anew, and vowed to move forward13 together.14

Notes to Part I

Part II: Plea for unity, past and present

Rhetorically, the transition from Part I and Part II is signaled by the first use of Obama’s favorite device, anaphora, and by the abandonment of the dense allusions to phrases from the Framers through Lincoln (although we will see allusions to Lyndon Baines Johnson and Nixon). We will also see the introduction both of neo-liberal catchphrases and populism, and the first outright falsehoods (unless you consider the idea that “the privileges of a few” do not include slaveholding a falsehood). Elegantly, and reinforcing the populist message, Part II begins and ends – a case of epistrophe – with the word “together.”

Together1 we determined that a modern economy requires railroads and highways to speed travel and commerce, schools and colleges to train our workers.2 Together we discovered that a free market3 only thrives when there are rules to ensure competition and fair play4. Together we resolve5 [sic] that a great nation must care for the vulnerable6 and protect its people from life’s worst7 hazards and misfortune.

Through it all, we have never relinquished our skepticism of central authority, nor have we succumbed to the fiction that all societies ills can be cured through government alone. Our celebration of initiative and enterprise, our insistence on hard work and personal responsibility, these are constants in our character8. For we have always understood that when times change, so must we, that fidelity to our founding principles requires new responses to new challenges, that preserving our individual freedoms ultimately requires collective action9.

For the American people can no more meet the demands of today’s world by acting alone than American soldiers could have met the forces of fascism or communism with muskets and militias. No single person can train all the math and science teachers we’ll need to equip our children for the future. Or build the roads and networks and research labs that will bring new jobs and businesses to our shores. 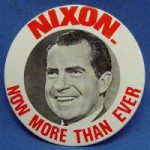 OBAMA: Now, more than ever10, we must do these things together, as one nation, and one people.

This generation of Americans has been tested by crises that steeled (ph) our resolve and proved our resilience. A decade of war is now ending11.

And economic recovery has begun12.

America’s possibilities are limitless13, for we possess all the qualities that this world without boundaries demands: youth and drive, diversity and openness, of endless capacity for risk and a gift for reinvention.

My fellow Americans14 we are made for this moment and we will seize it, so long as we seize it together15.

Sloppy. Railroads and highways, but not airplanes? Training, but not education?

Neo-liberal catchphrases are so familiar to all that I will only annotate a few individually.

“Fair play” gives the first whiff of populism. (How, after all, could the “free market” [genuflects] ever be unfair?)

Tomorrow, I’ll finish this close reading of the text, and make some final comments.